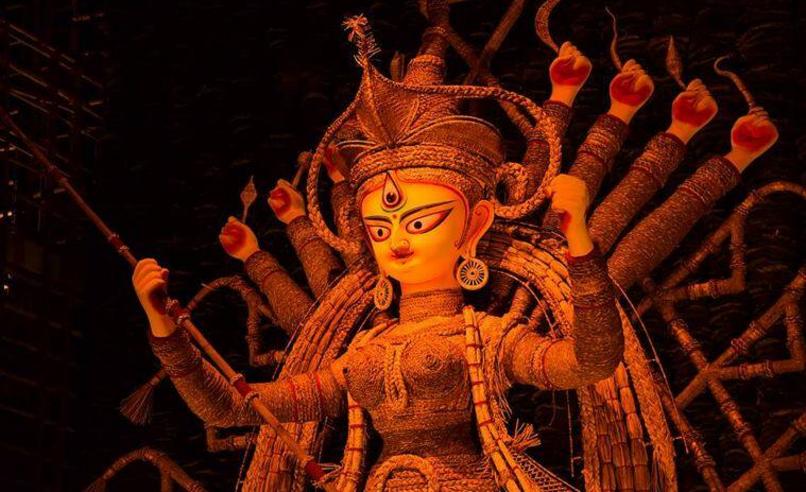 “I would like to offer warm congratulations to India, its people and especially all those who worked on the nomination dossier. I am confident that this inscription will offer encouragement to the local communities that celebrate Durga Puja, including all the traditional craftspeople, designers, artists, and organizers of large-scale cultural events, as well as tourists and visitors who partake in the inclusive festivity that is Durga Puja”, said Eric Falt, Director, UNESCO New Delhi.

This said, Durga Puja has officially been added in 'Representative List of Intangible Cultural Heritage of Humanity'. It is the first festival in Asia to make it to the list of ICH of Humanity. There were altogether 48 nominations which had been submitted for inscription on the list.

In a tweet, the UN body wrote: "Celebrations of city of joy - Kolkata! Durga Puja has been added to the Representative List of Intangible Cultural Heritage of Humanity."

UNESCO established its lists of ICH in 2008 with the aim of ensuring better protection of important intangible cultural heritages worldwide and the awareness of their significance.

The Committee examines requests submitted by states for the inscription of intangible heritage on the lists as well as proposals for programmes and projects. Kolkata’s Durga Puja was India’s submission for the list the past year.

While Durga Puja is one of the most important festivals of West Bengal, India, it is widely observed across the country and in major cities of the world by the Bengali diaspora. Over the years, the Indian city of Kolkata has emerged as the geographical and cultural heart of the national and global celebrations of the festival.

As a ten-day celebration, Durga Puja represents the collective worship of the Hindu Goddess Durga. During this time, masterfully designed clay models of the Goddess are worshipped in “pandals” or pavilions where communities get together and celebrate. Several folk music, culinary, craft, and performing arts traditions add to the dynamism of this celebration.

“A matter of great pride and joy for every Indian! Durga Puja highlights the best of our traditions and ethos. And, Kolkata’s Durga Puja is an experience everyone must have”, said Prime Minister NarendraModi.

“Proud moment for Bengal! To every #Bengali across the world, Durga Puja is much more than a festival, it is an emotion that unites everyone. And now, #DurgaPuja has been added to the Representative List of Intangible Cultural Heritage of Humanity. We are all beaming with joy!”, lauded Mamata Banerjee, CM of West Bengal.