​Best known for her iconic wedding collections and red carpet designs, Vera Wang has dressed everyone from Michelle Obama to Kim Kardashian to Ariana Grande.

When talking about her life choices, fashion was not Wang’s chosen career when she was younger. She trained as a figure skater from the age of eight, but did not qualify to compete in the US Olympics team.

She entered the fashion industry at age 18 as an editor at US Vogue, making her the youngest editor at the iconic fashion magazine. She worked there for 17 years.

She later worked as a design director for Ralph Lauren before founding her independent bridal boutique in 1990 at the age of 40.

The 72-year-old fashion designer looks incredible and is an active social media member. When asked by the fans about how she remains so fit, she was real quick to answer, “Work, sleep, a vodka cocktail, not much sun.”

From The Upper House in Hong Kong, The Carlyle in New York City to Le Maison Du Caviar in Paris, Wang became well known for her love of vodka. “It became my thing, my signature,” she said. “You think that all vodka tastes the same but they really don’t, not only in taste but in texture and flavor, they are all very different.”

During the last fall, ​​the designer teamed up with Chopin to create the limited edition Vera Wang x Chopin Vodka. For this edition, founder Tadeusz Dorda selected a never-used-before young potato variety and Vera Wang added her fashion sense to design a special matte black and white bottle, complete with her "ode to vodka" on the back.

Acknowledging her love for the drink, she said, “A cocktail transitions us from a frantic work day to the evening. Nighttime is sexy and vodka is a sexy drink.”

From vodka on the rocks to a modified screwdriver. Every restaurant knew her drink. She mentioned that a few years ago she started trying other things, like a lychee martini or an espresso martini or orange martinis.

In a recent interview, the nonchalant designer was heard making age defying comments and talked about how she ‘never thought of going out the way’ to preserve her youth, ‘in a fanatical, obsessive way.’

She opened up about how being on-camera was never her concern as she ‘works with the most beautiful women in the world on a daily basis.’

“Because of that, I more envision them as my muses,” she explained, adding that it was maybe a way of dealing with ageing that is productive.

Wang said she finds ageism “so old-fashioned” because in life, “you have to try and continue to grow in one way or another”.

“Shows and music and editing and design and creativity and storytelling, all the things that I loved about skating, I took with me into fashion,” she added.

Along with all the vodka cocktails and appropriate sleep, she said that ‘work is the magic elixir’ for her.

“Knowledge, wisdom, patience, care,” she said are the things that “you grow everyday in your life,” and this is the reason that she finds ageism old-fashioned. 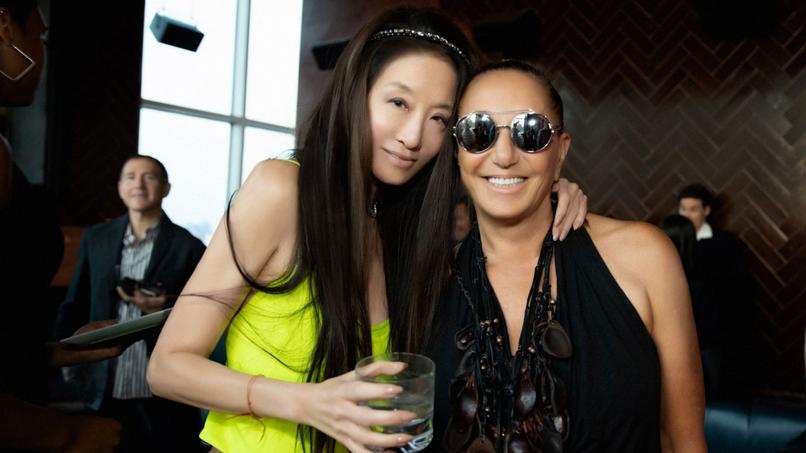