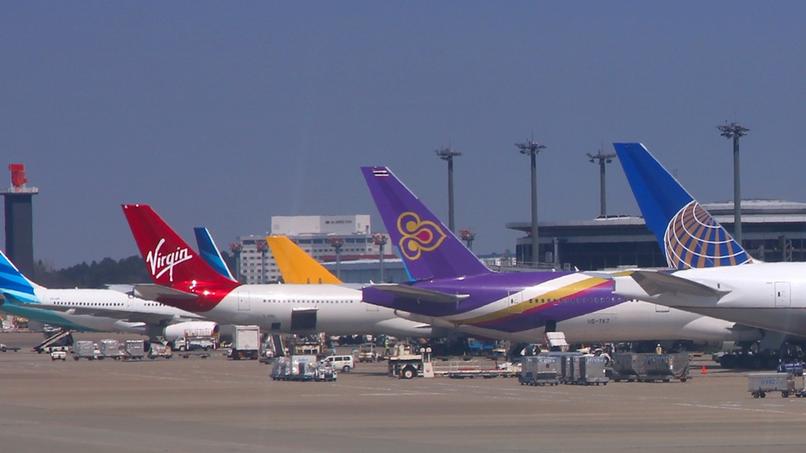 a break of 2 years in India.

The Directorate General of Civil Aviation (DGCA) has permitted sixty airlines from 40 countries to operate 1,783 frequencies to & from India during the summer schedule.
The summer schedule will be in effect from March 27 to October 29.

“After having recognized the increased vaccination coverage across the globe and in consultation with the stakeholders, the Government of India has decided to resume scheduled commercial international passenger services to/from India from 27.03.2022, i.e. start of Summer Schedule 2022," read a statement from the Civil Aviation Ministry.

Air Bubble arrangements, which allow two countries to operate flights into each other's territories subject to certain conditions, stand canceled, the Civil Aviation Minister Jyotiraditya Scindia announced.
Special international flights have been operating between India and 37 countries since July 2020 under this arrangement.

Battered by the pandemic, the airline industry is slowly coming back to normalcy and the resumption of normal overseas flights is expected to boost the sector.

While Indian carriers are ready for normal international services, various foreign airlines, including Emirates, Virgin Atlantic and LOT Polish have also announced plans about their services to and from India.

A total of 1,466 international departures per week have been approved for six Indian carriers for the summer schedule. They will operate to 43 destinations in 27 countries, as per the DGCA.

With the announcement of the resumption of the International Scheduled Air Operations, the Centre has also revised the guidelines of COVID-19, with restriction removed on keeping 3 seats vacant on international flights. "Also, the requirement of a complete PPE kit for crew members stands removed," added the Airport Authority of India.
"Though wearing masks at the airport or aircraft should still be continued," it added.

The government has restored all categories of tourist visas for foreign nationals and also issued fresh visas earlier this month. "Currently valid e-tourist visas issued for five years shall stand restored to nationals of 156 countries with immediate effect,” an official statement said.

The statement said that the move was delayed due to the ongoing Ukraine-Russia conflict and the need to bring back Indian nationals from the country.

The new move is expected to give the hospitality & tourism industry a boost, which was hit hard due to the pandemic. Scindia told parliament earlier this month that the aviation industry was seeing domestic air traffic close to pre-pandemic levels.

Out of the approved schedule, Gulf-based carriers like Emirates will operate 170 departures per week, followed by Oman Air at 115, Air Arabia at 110, Qatar Airways at 99, Gulf Air at 82, Etihad Airways at 80, Saudi Arabian Airlines at 63 and Kuwait Airways at 56.

India had banned the operation of international flights on March 23, 2020, to contain and control the spread of Covid-19. Flight restrictions, however, were later eased under air bubble arrangements with certain countries.
Now after over two years, with the COVID-19 situation under control, the Central government has recommenced the commercial international passenger services from March 27.

But, due to the fuel price, the aviation industry was suffering huge losses, “Fuel prices have gone up. I may just point out that in 2020, prior to Covid, aviation turbine fuel (ATF) was close to about Rs. 21,000 per kilolitre and today, it is Rs. 93,000 per kilolitre. So, fuel prices itself have gone up by close to 4.5 times. This is a very, very key issue for us,” Scindia said.

On the other hand, passengers are paying three times the normal fare for flights in and out of India due to soaring jet fuel prices resulting from Russia's war with Ukraine and limited flight capacity.