For over billions of years, the moon has been a homeland of craters, thousands of them. The moon is carved by asteroids hitting its surface and every year’s bombardments that scoops out dozens of craters big enough for moon-orbiting spacecraft to notice.

The Moon had been pummeled by three tonnes of space junk, a punch that would have carved out a crater that could fit several semi trailers, according to scientific estimates.

A piece of space junk smacked right into the far side of the moon. The debris, a piece of a rocket about the size of a school bus, had been floating in space for seven years. The hardware came barreling head-on at the lunar surface at 5,800 miles an hour, into an existing, enormous crater. Astronomers can’t see the aftermath yet but, based on the size of this thing, they believe that the impact has scooped out a new crater as wide as 65 feet and sent Moon dust flying hundreds of kilometers across the barren, pockmarked surface.

Gray is an independent contractor who has created orbital calculation software used by NASA, hunts for and monitors human-made debris, so that scientists do not confuse it for asteroids and study it unnecessarily.

The orbital calculations suggested that the rocket rushing through space for years crashed into the Moon, but the strike wasn't directly observed, and there might be a wait for photographic evidence.

While initially the rogue rocket was believed to be a part of SpaceX's Falcon 9, Gray later studied that it was the Long March 3C rocket which was launched by China in 2014. However, its origin has not been clear as China rejected reports about the ownership.

The Chinese foreign ministry spokesperson Wang Wenbin had said in a statement, "According to China’s monitoring, the upper stage of the Chang'e 5-T1 mission has fallen through the Earth’s atmosphere in a safe manner and burnt up completely". Asteroid tracker Bill Gray on the other hand, who first spotted the rocket piece said, "I'm 99.9% sure it's the China 5-T1."

On the contrary, the US Space Command, which tracks lower space junk, confirmed that the Chinese upper stage from the 2014 lunar mission never deorbited, as previously indicated in its database.

It could not, however, confirm the country of origin for the object about to strike the Moon.

"We focus on objects closer to the Earth," a spokesperson said in a statement.

Gray is well known in the space community for monitoring objects in orbit, he provided the tracking software that helped pinpoint a space rock that used to orbit Earth like a second moon which was first noticed in 2015.

The expert initially said that the rocket became derelict as it did not have enough fuel to return to Earth's atmosphere and got stuck between the gravitational influence of the Earth-Moon system. He believed that the abandoned rocket booster was from a recent SpaceX launch, which had deployed a satellite mission for the National Oceanic and Atmospheric Administration; the orbital data and the timing seemed to line up. Gray and others have kept an eye on it over the years, noting whenever the object popped up in telescope observations of asteroids.

The rocket part is what's known as "space junk" - hardware discarded from missions or satellites without enough fuel or energy to return to Earth.

Some pieces are closer to us, just above the Earth, but others, like this booster, are thousands of kilometers away in high orbit, far from the Earth's atmosphere.

Objects launching deeper into space are unlikely to hit anything and these far-flung pieces are usually soon forgotten, except by a handful of observers who enjoy playing celestial detective on the side.

The Moon already bears countless craters, ranging up to 2,500 kilometers in size.

With little to no real atmosphere, it is defenseless against a constant barrage of meteors and asteroids, and the occasional incoming spacecraft, including a few intentionally crashed for science's sake.

With no weather, there is no erosion and so impact craters last forever. 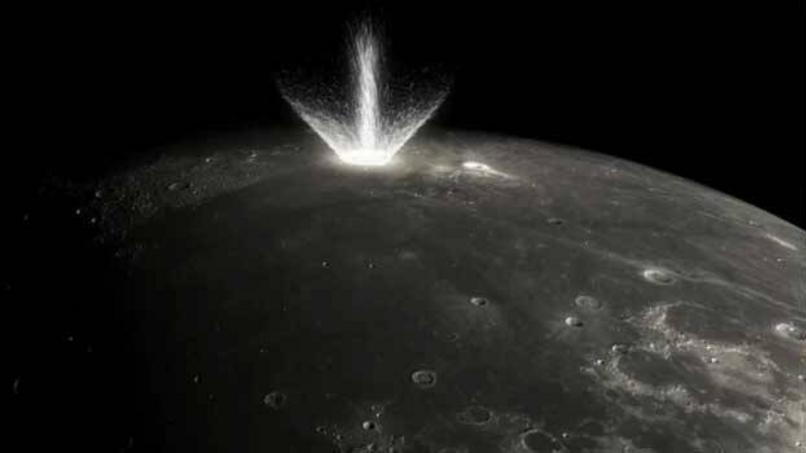