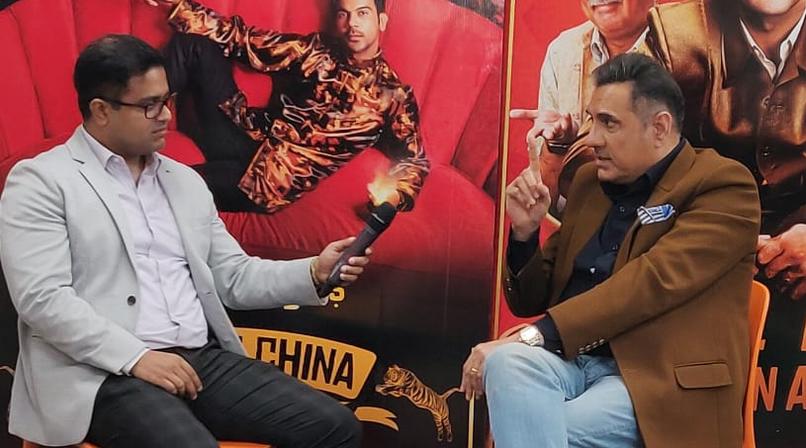 With the vast experience in various movies, Boman Irani explains Made in China to be unique as it has a social message and its very entertaining.

When asked about the process of selection of role giving credits to the previous characters being cherished hits, the actor says the character must primarily work for the story and not be great for the audiences. He honestly reveals that if the character he is offered is extremely good, entertaining and unique but doesn’t work for the story he Is simply not interested.

​Playing the role of a sexologist, we asked the legendary Boman Irani on how did he prepare. He revealed he met Dr. Watsa and read his books. He believes that ideally the role is not about making a professional but a human being, how he thinks and how he speaks about his profession.

Since Made in China is about sex education, what is the message the actor was trying to send. He simply suggests that when a person has an heart ailment he visits a cardiologist, when a person suffers from diabetes he visits a diabetologist and when a individual has problem in their private part they must visit a sexologist. People facing sex problems should not sit on it, is the simple message they wish to portray.

We asked him about his experience of working with Mikhil Musale. He replied saying that Mikhil is a great story teller. He also said that the movie was sharing a narrative and Mikhil is great at that along with being a director.

The one to one ended with Boban Irani simply telling Herald Global that his roles have to be unique and entertaining. He cannot just pass social messages and not entertain.

We completely agree to this icon.