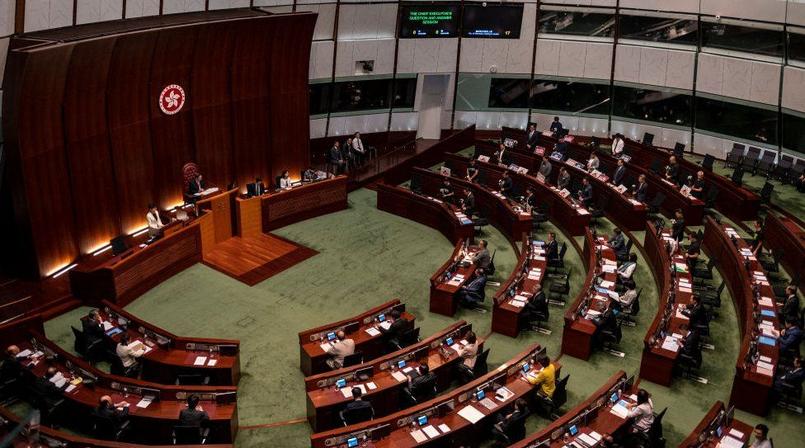 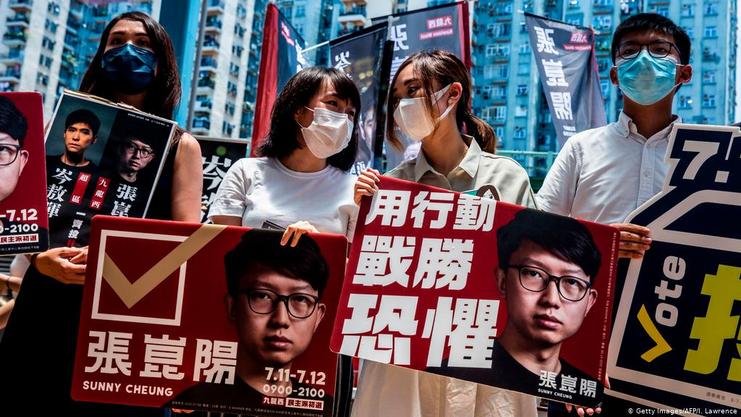 Hong Kong leader Carrie Lam postponed a Sept. 6 election to the Chinese-ruled city’s legislature by a year because of a rise in coronavirus cases, dealing a blow to the pro-democracy opposition which had hoped to make huge gains.

The United States quickly condemned the move, saying it was the latest example of Beijing undermining democracy in the Chinese-ruled territory.

The decision to delay the vote came after 12 pro-democracy candidates were disqualified from running for perceived subversive intentions and opposition to a sweeping new security law imposed by Beijing, prompting questions among many about whether the pandemic was the real reason for the delay.

Avery Ng, secretary-general of the League of Social Democrats, was equally sceptical.

The opposition had aimed to ride a wave of resentment over the national security law to win a majority in the Legislative Council, where half the seats are directly elected with the other half filled mostly by pro-Beijing appointees.

Lam said she had to invoke an emergency law to make the postponement and no political considerations were involved. China’s parliament would decide how to fill the legislative vacuum, she added.

She told reporters the decision was aimed at safeguarding people’s health.

Hong Kong has reported more than 3,000 coronavirus cases since January, far lower than in other major cities around the world. But the number of new infections has been in the triple-digits for the past 10 days.

Rival finance hub Singapore, which has had a larger coronavirus outbreak, held a general election in July. Many pro-democracy activists had suspected Lam would use the coronavirus to delay the election.

The poll would have been the former British colony’s first official vote since Beijing imposed the security law to tackle what China broadly defines as secession, subversion, terrorism and collusion with foreign forces, with punishment of up to life in prison.

Hong Kong returned to China in 1997 under a “one country, two systems” formula guaranteeing freedoms not enjoyed on the mainland. Critics of the new law say it undermines that autonomy.

The Chinese and Hong Kong governments say the law is necessary to preserve order and prosperity after months of often-violent anti-China protests last year.

“I anticipated it, because of this year’s social movements, we already anticipated that the government wouldn’t give us the right to let us vote,” said resident Janis Chow, 25. “I’m disappointed but I was ready for it.”

News of the postponement came as the nomination period for candidates seeking to run in the election closed.

Among the 12 opposition candidates disqualified was Joshua Wong, who rose to fame leading pro-democracy protests in Hong Kong as a teenager in 2012 and 2014.

“Barring me from running ... would not stop our cause for democracy,” said Wong, 23.

Wong, who China calls a “black hand” of foreign forces, said his disqualification was “invalid and ridiculous” and the new law a “legal weapon used against dissidents”.

The government denies political censorship or suppression of the right to run for the legislature.

Authorities also disqualified some members of the Civic Party, a moderate, old-guard opposition group, and others who won an unofficial “primary” vote held by the opposition camp this month.

That independently organised vote saw a younger, more defiant generation of democrats taking over the helm of the opposition, but the Civic Party disqualifications signal Beijing is becoming less tolerant of even moderate voices.

Britain said it was clear the candidates had been barred because of their political views. Hong Kong’s last British governor, Chris Patten, called it an “outrageous political purge”.

China’s Hong Kong and Macau Affairs office said in a statement that officials would be sent down to Hong Kong to conduct large-scale coronavirus tests “to help Hong Kong build a large-scale quarantine and treatment centre”, again sparking concerns among some local residents, this time that China may use this as an excuse to collect DNA samples for surveillance purposes