He urged the younger generations never to dismiss the atomic bombings and the war as a mere events of history, but think of them as their own, while calling on the world leaders to come visit the nuclear bombed cities to learn what happened.

Japan, which hosts 50,000 American troops and is protected by the U.S. nuclear umbrella, has not signed the Treaty on the Prohibition of Nuclear Weapons, an inaction atomic bombing survivors and pacifist groups protest as insincere.

“Japan is committed to serve as a bridge between nuclear and non-nuclear states and lead the international effort, while patiently trying to convince them to cooperate and have a dialogue,” Abe said in his address at the ceremony. He vowed to maintain Japan’s pacifist and nuclear nuclear-free principles, but did not promise signing the treaty.

Survivors, their relatives and other participants marked the 8:15 a.m. blast with a minute of silence.

The Hiroshima anniversary ceremony came hours after North Korea launched suspected ballistic missiles in its fourth round of recent weapons demonstrations. The activity follows a stalemate in negotiations over its nuclear weapons. 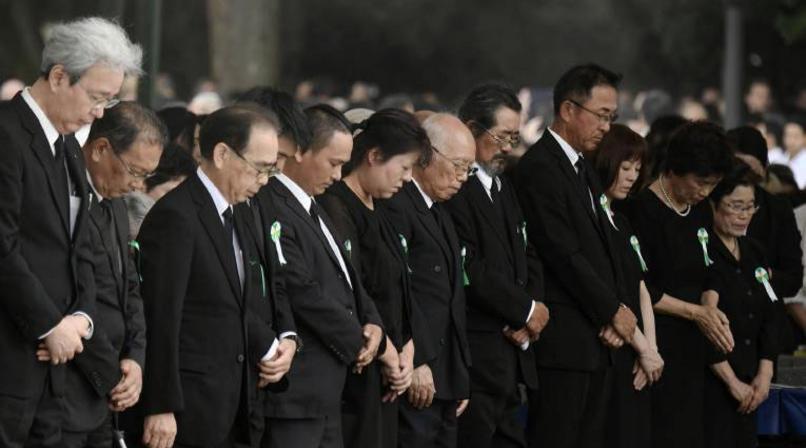 Hiroshima marked the 74th anniversary of the atomic bombing of the city with its mayor renewing calls for eliminating such weapons and demanding Japan’s government do more.

Mayor Kazumi Matsui raised concerns in his peace address about the rise of self-centered politics in the world and urged leaders to steadily work toward achieving a world without atomic weapons.

“Around the world today, we see self-centered nationalism in ascendance, tensions heightened by international exclusivity and rivalry, with nuclear disarmament at a standstill,” Matsui said in his peace declaration.

Hiroshima Marks the 74th Anniversary of the Atomic Bombing. 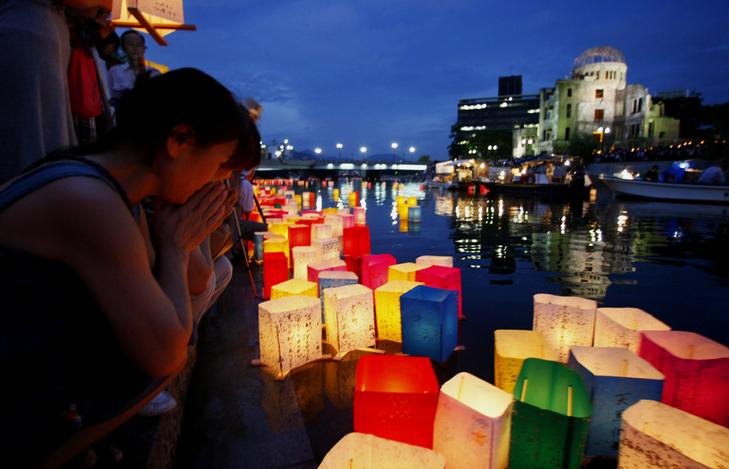