Here are some of the common rashes in infants

These acnes generally appear on the baby’s cheeks, nose and forehead. The cause is still unknown but mostly thought to be due to exposure to maternal hormones in the womb. They are tiny, red in colour, and sometimes have a white dot in the centre. It doesn’t call for any treatment and goes away with time. The lasting duration of these pimples is either week, fortnight, or even months. It generally occurs within the first month of the baby’s birth. Parents need to keep the acne-prone area clean and gently wipe them with a soft cotton ball or cloth. Moisturising the skin is essential in this condition, so use a mild moisturiser for the baby’s skin. If the acne doesn’t go away in a period of a month and gets severe, then immediately talk to your doctor.

Cradle cap is a common term for seborrheic dermatitis. This happens when a baby is between two weeks to 12 months, sometimes in even older kids. It happens in the baby’s scalp, where yellow or brown scales appear. In some cases, it also travels down to the face or neck. However, it’s not contagious. It’s still not clear about the exact causes of cradle cap. It is thought that it occurs because of fungus and high levels of sebum in the affected area. As the scales fall off from the scalp, you might notice some strand of hair also falling with it. One needs to wash the baby’s scalp using a mild shampoo. Before shampooing, the baby’s scalp should be massaged gently using baby oil, followed by gentle removal of scales with a soft brush. The condition is usually self-limiting.

It’s a widespread rash and it happens within a few days of a newborn’s birth. It’s a common skin condition in full-term babies. They are blotchy red bumps, which are building up of fluids. If the fluid looks like a puss then it can be infectious. The exact cause of Erythema toxicum is still unknown. These kinds of rashes primarily appear on the baby’s chest, neck and face.

It’s one of the most common skin conditions, which all the parents go through while dealing with newborns. These rashes are mild and can happen in the under-thigh area. If precautions aren’t taken, then these rashes can become severe. The cause of diaper rash is the prolonged exposure of urine or poop. Some other reasons could be certain chemicals in the diaper which your child is allergic to and fungal or yeast infection. Diaper rashes are a little difficult to deal with because the area is slightly moist as compared to the other areas. Parents need to keep the area dry and clean and use zinc ointment to prevent any new formation of rashes and treat the previous ones. 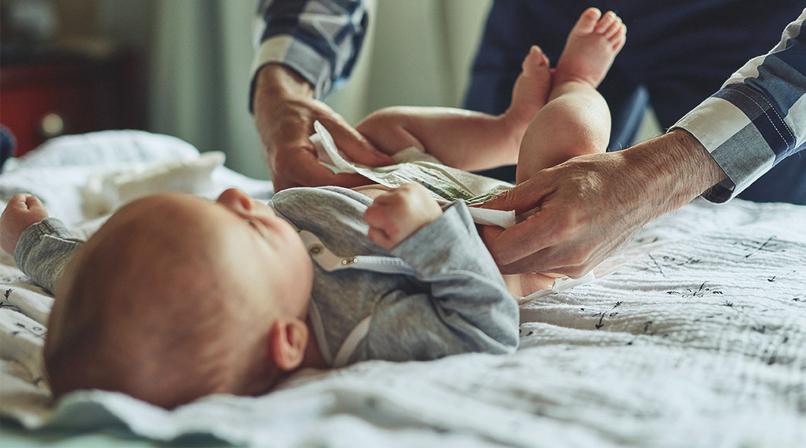