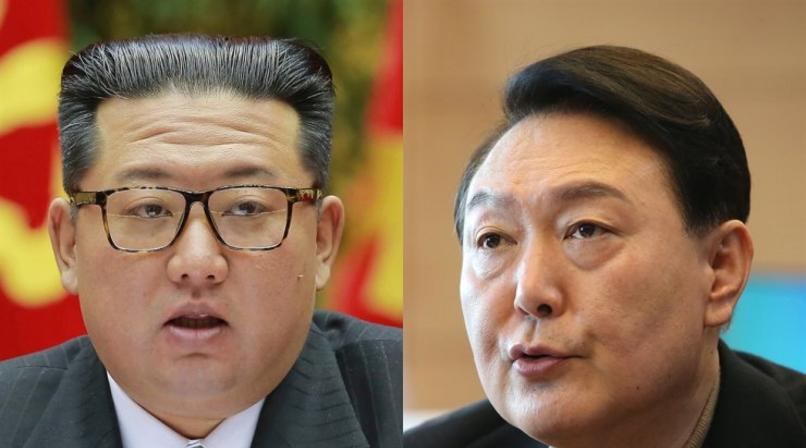 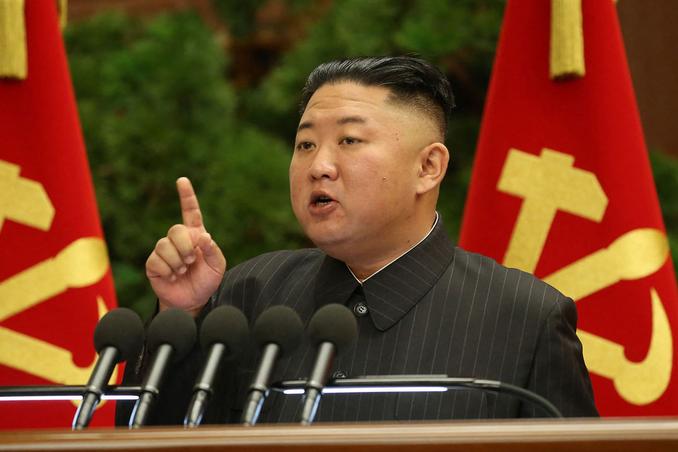 After more than 40 missile launches & show of military supremacy, there are symptoms of nuclear malignancy ingrained in the plots of North Korea. It can be rightfully said that North Korea is taking “inspiration” from Russia and is pulling the entire World to the brink of the deadliest war since WW II. Meanwhile, the Russian Leader, Vladimir Putin has accused South Korea of supplying weapons to Ukraine. To which South Korean President, Suk-Yeol retorted that no military aid was sent to Kyiv after Russian President warned of harmed relations. There is a close connection with the ongoing Russia Ukraine war and North Korea & South Korea conflict. As the World Community focuses on the Ukraine crisis, the tensions on the Korean peninsula are increasing on a daily basis. The Russia Ukraine war had the potential to trigger off crisis & tensions amidst the Korean neighbors which had been at daggers drawn since long.

The South Korean government might be titled inept to handle the inter-Korean diplomacy & faces the potential danger of running into a full-fledged war with North Korea. South Korean President, Yoon Suk Yeol stated that South Korea has always been inclined towards maintaining peace in the region, “We have been in solidarity with the International Community for peaceful, humanitarian aid to Ukraine and have not provided any lethal weapons, but that’s in any regard a matter of our sovereignty.” A US ally South Korea has maintained that it would not provide Ukraine with military assistance not only to avoid antagonizing Russia but also avoid its possible alliance with North Korea.

​The conflict that began eight months ago, with an invasion of Russian Forces neighboring Ukraine, has killed thousands, displaced millions, shaken the global economy & drifted the entire World to the brink of a potential World War. What needs to be done to avoid jeopardizing the entire mess and sort out things for the sake of World Peace. Already the entire World is facing the wrath of economic sanctions on Russia as oil and natural gas prices have hit the roof. So, there can be no development or progress of mankind if the war continues like this. The only outcome of the war will be bloodshed and violence and will lead the entire mankind several light years back into the dark ages. In this satellite era, we need development and technological advancement and not military display of power causing devastation. So, South Korea and North Korea must instead take a leaf or two from the Russia Ukraine chapter & bury their hatchets for good.

North Korea and South Korea have been drifting far apart from each other since decades and have never “called it a truce.” North Korea has always built up on a stack of nuclear weapons and military paraphernalia, ready to attack its neighbor and show-off its military domination. North Korea is hastily conducting a series of torrid weapon tests and has threatened pre-emptive nuclear strikes on Washington D.C. and Seoul. It has been doggedly busy building up a nuclear weapon program, taking inspiration from the fiery rhetoric of the leader of a Nuclear weapon armed member of the United Nation’s Security Council: Russia’s Vladimir Putin. Even as the World watches in fear and apprehension as the catastrophic results of the Russia and Ukraine war unfold before it, North Korea is not the one to learn a lesson from the debacle, instead followed into the footsteps of Russia. Putin has begun raising the prospects of using nukes in Ukraine, similarly Kim Jon Un also emulates his vision of turning decent human civilizations into gory battlefields.

The nuclear threat gets real and deeper with both Russia and North Korea emboldening their nuclear instincts and giving finishing touches to their nuclear programs. “Putin and Kim feed off each other, routinizing the right to nuke a peaceful neighbor by repeating it without repercussion,” said Sung Yoon Lee, an expert on North Korea’s Tufts University, Fletcher School of Law & Diplomacy. “Putin’s threats sound more credible than Kim’s, as there is bloodshed in Ukraine everyday. But Kim’s threats must not be dismissed as empty bluster.”