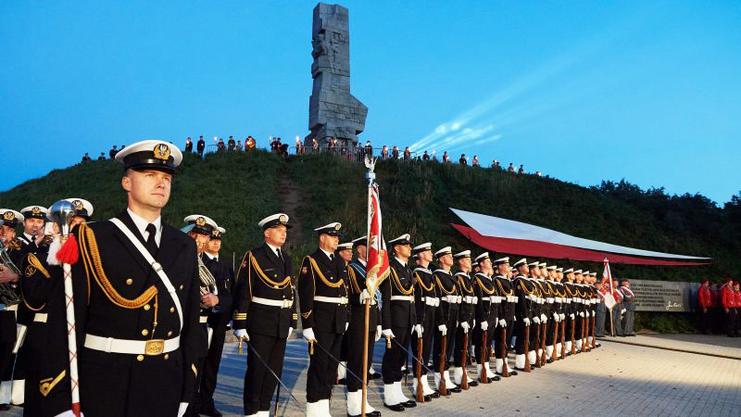 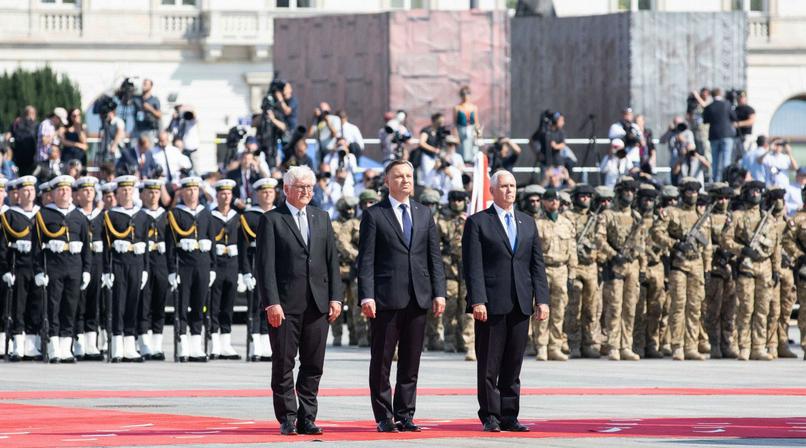 Pence attended the ceremony instead of U.S. President Donald Trump who cancelled his trip due to the arrival of Hurricane Dorian, a disappointment to Poland's ruling Law and Justice (PiS) party, which is seen as one of Washington's biggest allies in Europe.

"America and Poland will continue to call on our allies to live up to the promises we have made to one another," Pence said. He will hold bilateral talks in Warsaw on Monday.

Trump and the PiS government share views on issues such as migration, energy and abortion, but the Warsaw government faces mounting isolation in Europe over accusations that it subverts democratic norms.

For some in Poland, World War II and its commemorations are still a live political issue, just weeks before a national vote.

For the PiS, the memory of the war is a major plank of its "historical politics", aiming to counteract what it calls the West's lack of appreciation for Polish suffering and bravery under Nazi occupation.

PiS politicians have repeatedly called for war reparations from Germany, one of Poland's biggest trade partners and a fellow member of the European Union and NATO, and several onlookers yelled "reparations" after Steinmeier spoke.

Berlin says all financial claims linked to World War Two have been settled, but Steinmeier continued with his theme of responsibility. "Because Germany - despite its history - was allowed to grow to new strength in Europe, we Germans must do more for Europe," he said.

Underscoring the Warsaw conservatives' distrust of its European allies, President Duda said World War Two may have been prevented had Western nations shown more opposition to the "manic visions" of Nazi German leader Adolf Hitler. "It's a big lesson for us," Duda said in a speech in Warsaw.

Despite the theme of the day looking back 80 years, present day politics was, as ever, to the fore.

"We know that Europe needs to become stronger and more self-confident," Steinmeier said. "But we also know: Europe should not be strong without America - or even against America. Rather, Europe needs partners. And I'm sure America needs partners in this world too ... So let's take care of this partnership!"

Conspicuously absent was Russian President Vladimir Putin who attended Sept. 1 events in Poland 10 years ago, but wasn't invited this time, reflecting a change in relations following Moscow's annexation of Crimea from Ukraine in 2014.

"There could be different assessments of the Soviet policy at the early stage of the Second World War. But one cannot deny the fact that it was the Soviet Union, which defeated Nazism, liberated Europe and saved European democracy from the annihilation," Russia's foreign ministry said in a statement.

Leaders and officials attend a commemorative ceremony to mark the 80th anniversary of the outbreak of World War Two in Warsaw. (Photo: Reuters)

Poland was holding a series of commemorations during the day. Parallel events, attended by Prime Minister Mateusz Morawiecki and European Commission deputy chief Frans Timmermans, were held in the coastal city of Gdansk, site of one of the first battles of the war.

Morawiecki spoke of the huge material, spiritual, economic and financial losses Poland suffered in the war.

"We need to talk about those losses, we need to remember, we need to demand truth and demand compensation," Morawiecki said.

Critics say PiS's ambition is to fan nationalism among voters at a time when populists around the world are tapping into historical revisionism. PiS says the country's standing on the global stage and national security are at stake.

Wartime remembrance has become a campaign theme ahead of the national election due on Oct. 13, with PiS - expected to win - accusing the opposition of failing to protect Poland's image.

"Often, we are faced with substantial ignorance when it comes to historical policy ... or simply ill will," Jaroslaw Sellin, deputy culture minister, told Reuters.

Poland commemorates the outbreak of World War Two rather than its end because it fell under Soviet domination shortly afterwards.

Germany's president asked for forgiveness for his country on Sunday for the suffering of the Polish people during World War II as Poland marked 80 years since the Nazi German invasion that unleashed the deadliest conflict in human history.

The ceremonies began at 4:30 am in the small town of Wielun, site of one of the first bombings of the war on September 1, 1939, with speeches by Polish President Andrzej Duda and his German counterpart, Frank-Walter Steinmeier.

Few places saw death and destruction on the scale of Poland. It lost about a fifth of its population, including the vast majority of its 3 million Jewish citizens.

"I am here to express my feelings for the country, my patriotism, and to remind myself of these terrible times," said 68-year-old Warsaw resident Krzysztof Wojciechowski.

After the war, the shattered capital of Warsaw had to rise again from ruins and Poland remained under Soviet domination until 1989.

"As a German guest I walk before you here barefoot. I look back in gratitude to the Polish people's fight for freedom. I bow sorrowfully before the suffering of the victim," Steinmeier said at an event later in Warsaw.

"I ask for forgiveness for Germany's historical guilt. I profess to our lasting responsibility."

US Vice President Mike Pence paid tribute to the courage of the Polish people.

"None fought with more valour, determination, and righteous fury than the Poles," Pence told the gathering of leaders in Warsaw that included German Chancellor Angela Merkel and French Prime Minister Edouard Philippe.