Israel has announced the completion of a sensor-equipped underground wall on its side of the Gaza border, a counter-measure developed after Hamas militants used tunnels to blindside its troops in a 2014 invasion of the besieged Palestinian territory.
It also includes improvements to an existing above-ground fence, a naval barrier, radar systems, and command and control rooms.

“The barrier, which is an innovative and technologically advanced project, deprives Hamas of one of the capabilities it tried to develop,” Israeli Defence Minister Benny Gantz said in a statement.

In his speech, Gantz warned that Israel could be seeing “the calm before the storm,” following recent threats by Hamas and other Palestinian terror groups against Israel over what they say are slow reconstruction efforts in the Gaza Strip following the last conflict with Israel in May 2021.

In 2018 and 2019, Hamas organized violent mass protests along the border to pressure Israel to ease the blockade. More than 200 Palestinians and an Israeli soldier were killed and thousands of Palestinians were wounded.

The ministry said the barrier, which includes hundreds of cameras, radar and other sensors, spans 65km and 140,000 tonnes of iron and steel were used in its construction, which took three-and-a-half years to complete.

It said the project’s “smart fence” is more than 20 feet high and its maritime barrier includes means to detect infiltration by sea and a remote-controlled weapons system. The ministry did not disclose the depth of the underground wall though.

Brig Gen EranOfir, in charge of the project, said there was other no place in the world that had built an underground barrier.
“It was a very complex project, both operationally and engineering-wise. The work was not easy. We went through 15 rounds of fighting, we were shot at, and we didn’t stop work for a moment.”

This year Israel is due to begin construction of a new barrier along the northern border with Lebanon although a more challenging terrain will require a significantly different fence than the Gaza project.The militants in Gaza have already changed tactics, focusing on developing drones and launching incendiary balloons during periods of tension. The main threat to Israel from Gaza remains the firing of rockets and Israel is now developing a laser interception system that it hopes can be operational within a couple of years. 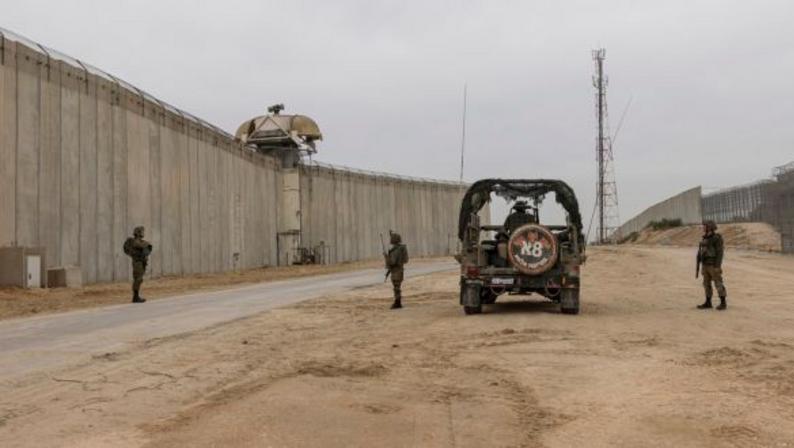