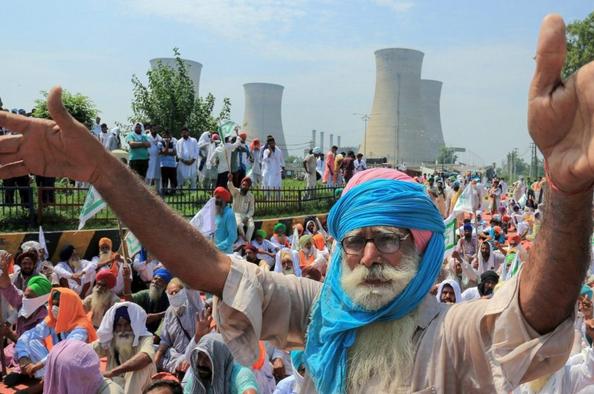 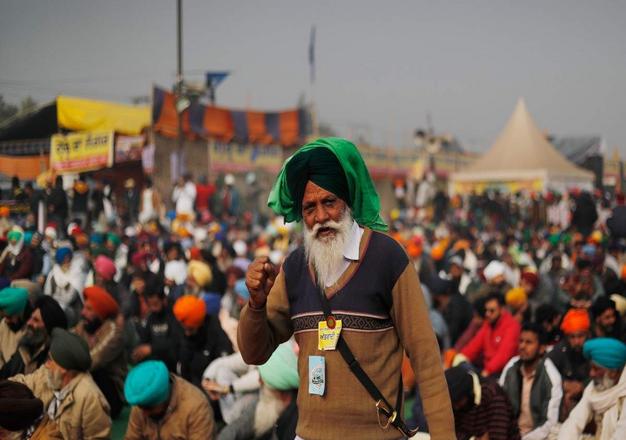 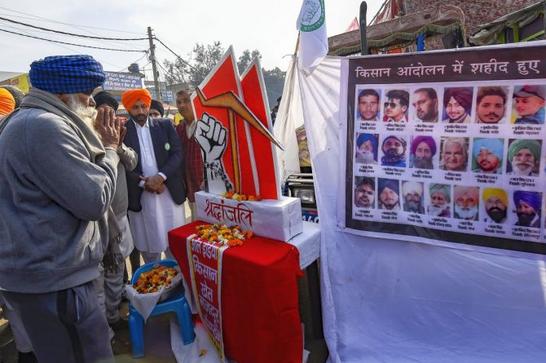 Farmers start 'Kisan Parliament', remember those who died during protest

Amid heavy security, a group of 200 farmers protesting the Centre's three farm laws started a 'Kisan Sansad' at central Delhi's Jantar Mantar, a few metres away from Parliament where the Monsoon Session is underway.

Farmers said the idea behind organising the 'Kisan Sansad' was to show that their agitation is still alive and tell the Centre that they too know how to run the Parliament.

Police said the security has been tightened and thousands of personnel have been deployed in the area in view of the protest.

Rakesh Tikait, leader of the Bharatiya Kisan Union, which has been spearheading the farmers' movement, said it is only after eight months that the government has accepted that those who have been sitting at Delhi's borders are farmers.

"Farmers know how to run Parliament. Those siting in Parliament -- be it opposition leaders or those in the government, if they don't raise our issues, we will raise our voice against them in their constituency.

"This is the world's first parliament that is functioning within barricades and has been started by farmers. 'Kisan Sansad' will go on till the Parliament is in session and you (govt) will have to agree to our demands," he said.

Tikait said they will pass a motion on the cancellation of the three contentious farm laws.

Earlier, Delhi Lt Governor Anil Baijal has given special permission for demonstration by a maximum of 200 farmers at Jantar Mantar till August 9.

Police threw a ring of security around central Delhi in view of the protest and kept a tight vigil on the movement of vehicles.

Adequate security arrangements have been made and both police and paramilitary personnel have deployed, they said.

A senior police officer said around 5,000 security personnel have been deployed across the New Delhi district.

Four companies of paramilitary force have been deployed in and around Jantar Mantar, police said.

Deputy Commissioner of Police (New Delhi) Deepak Yadav said, "Several companies of CRPF and RAF have been deployed at the Jantar Mantar. CCTV cameras have also been placed in the area."

Barricades along with metal detectors have been placed on either sides of the Jantar Mantar and two water cannon machines have also been stationed, they said.

Initially, media-persons were not allowed to enter the area where the 'Kisan Sanasad' was going on. However, after checking their ID cards, they were later given permission to go inside.

Earlier, the group of 200 farmers travelled to Jantar Mantar from their Singhu border demonstration site in buses with a police escort to hold a protest there from 11 am to 5 pm.

The Samyukt Kisan Morcha (SKM) has been asked to give an undertaking that all COVID-19 norms would be followed and the stir would be peaceful.

This is the first time since the violence in the national capital during a tractor rally on January 26 that the authorities have granted permission to the protesting farmer unions to hold a demonstration in the city.

Thousands of farmers from across the country have been agitating at three Delhi border points -- Singhu, Tikri and Ghazipur -- against the three farm laws that they claim will do away with the minimum support price system, leaving them at the mercy of big corporations.

Over 10 rounds of talks with the government, which has been projecting the laws at major agricultural reforms, have failed to break the deadlock between the two sides.