Nawazuddin Siddiqi of “Manto” and “Sacred Games” fame has bagged the lead role in American movie to be directed by Roberto Girault and written by Sammy Sarzozahe. He was a part of the Indian Government delegation at the 75th Cannes Film Festival led by the Information & Broadcasting Minister, Anurag Thakur.

Lalit Bhatnagar writer and co-producer, of the horror film “Little Darling” is in charge of the project. The Mexican movie director R.Girault is known for La Leyenda Del Diamante, El Estudiante and Arboles Merende Pie. Laxman Lopez is expected to go on floors by the end of the year in New York.

Meanwhile, Nawazuddin Siddiqi has finished the virtual reading of the movie script at Cannes itself. He is expected to start shooting for Laxman Lopez in the month of December, Christmas time. AR Rahman, Shekhar Kapur, R Madhavan and Kamal Haasan are amongst the other celebrities who were present at Cannes.

Nawazuddin is said to be a diluted actor and an under-rated gem in the field of acting. He is known for his empathetic characterization and sensitivity to the portrayals. He was recently seen in Heropanti 2 as an antagonist.

Roberto Girault says he critically appreciates Nawazuddin’s skills and he would be able to do complete justice to his role of Laxman Lopez. He said that he had seen a few of his works & this will bring out his lesser-known vulnerable side. Whereas, Nawazuddin says that the narration of the movie was exciting and caught his fantasy.

He adds that the director has excellent command over the camera and he has his own style of unveiling the most untouched aspects of the actor. Nawazuddin Siddiqui states that the title “Laxman Lopez” held his attention for the maximum time. His upcoming Bollywood projects include Tiku weds Sheru, Bole Chudiyan and Jogira Sara Rara. 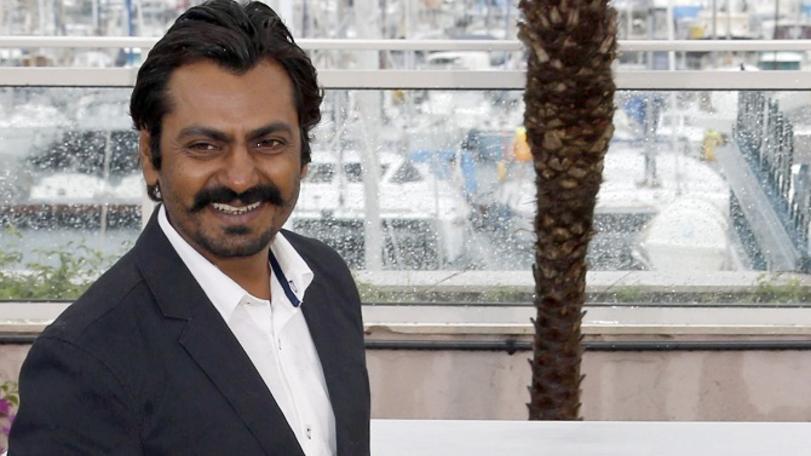