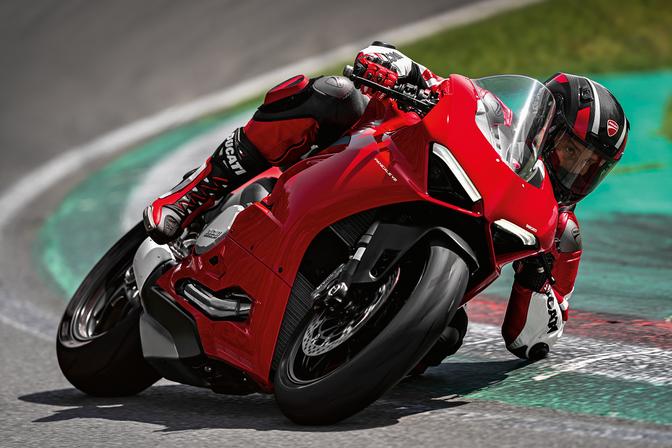 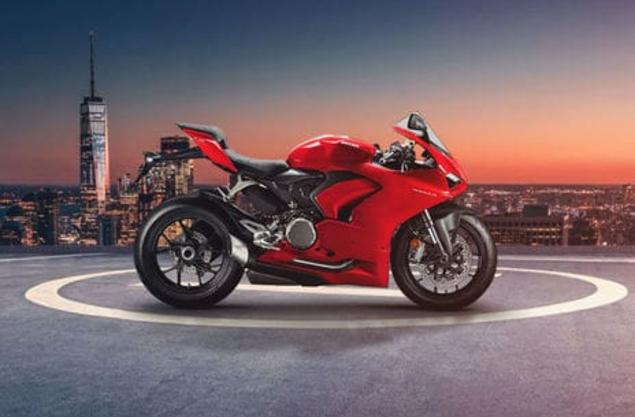 The new Ducati Panigale V2 is the successor to the Panigale 959 in the middleweight superbike segment. The latest iteration of the middleweight Panigale series, similar to its predecessor, draws styling cues from the flagship Panigale motorcycle. Thus, styling cues on the new Panigale V2 include a twin-pod headlight, full-fairing design, split-style seats and single-sided swingarm. The motorcycle uses a die-cast aluminium monocoque frame that uses the engine as a stressed member.

The feature list on the Ducati Panigale V2 includes LED headlights with LED DRLs at the front, an LED taillight and a Bluetooth-enabled 4.3-inch colour TFT display. The Ducati Multimedia System offers access to incoming calls, select and listen to music or receive text messages.

The shock absorption tasks are handled by 43 mm Showa Big Piston Fork at the front and a Sachs mono-shock at the rear – both fully adjustable. Stopping power comes from twin, 320mm discs at the front with M4.32 Brembo monobloc callipers and a single 245mm disc at the rear with a single Brembo calliper.

The motorcycle also features a comprehensive electronic package that is based on a six-axis inertial platform. The safety net is provided by cornering ABS, traction control, wheelie control, engine brake control and three riding modes.

The colour range of the Panigale V2 consists of the classic, sporty monochrome Ducati Red and the new White Rosso livery where the purity of Star White Silk is interrupted by the energy of Ducati Red on the rims, the front air inlets and the deflector on the upper half fairing

The twin-cylinder Panigale has a completely new look and refined electronics thanks to the use of the Inertial Platform, and is even better performing and safer on the track, not to mention fully exploitable and enjoyable on the road thanks to a more comfortable seat and revised suspension setup.

Its name lets the lovers of Borgo Panigale twin-cylinders know that the model is powered by the 955 cm³ Superquadro.

The Panigale V2 replaces the previous 959 Panigale as the entry model for the Panigale super sport bike family.

The new Panigale V2 is expected to be launched in the Rs 15 lakh- 15.5 lakh price range.