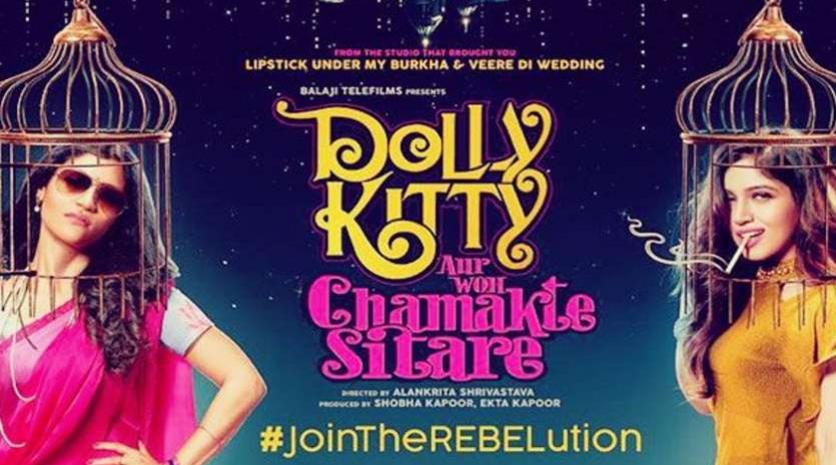 At a time when intolerance is becoming a norm for any debate, Dolly Kitty Aur Woh Chamakte Sitare by Alankrita Shrivastava drives home the need for learning acceptance. At its heart, the film is a story about two sisters learning to accept their desires and dreams but a look from wider lens will tell you that the story encourages you to accept both your strengths and flaws to happily co-exist with yourself and others.

Streaming on Netflix, Dolly Kitty Aur Woh Chamakte Sitare revisits the world created by filmmaker and writer Alankrita Shrivastava reminding the audience how difficult it is for women, irrespective of their age, background, or culture, to have agency over their bodies, desires, ambitions and dreams.

Dolly played to perfection by Konkana Sen Sharma is a woman you see in your everyday life. She lives a mundane life with her husband and kids, trying different things to keep herself distracted and acknowledging the voids of her life.

In India, where arranged marriage is still the norm even in affluent, educated families, Dolly’s character is every girl who was told who to marry and has been living in a loveless and probably sexless marriage for years. She can’t step out of it because “marriage means adjusting.” She ignores her husband’s infidelity because she has to make the marriage work, as society has dictated her to, and because she believes that her children need a “normal family” which she lacked while growing up.

Dolly and her husband are uncomfortable reminders that the burden of lack of sexual compatibility always falls on women/wives/girlfriends. In fact, Dolly is convinced that she is frigid until her satisfying sexual encounter with another man.

Though the character of Kitty aka Kaajal, played by a graceful Bhumi Pednekar, does not enjoy the same depth, she is a sad reminder of what young women face when pursuing her dreams. Right from a disapproving family, to people wanting to own your body, to their own burdens of morality, the film beautifully portrays how a girl wanting to live life on her own terms scares the society.

In an awkward situation, when Kaajal is confronted by her parents for being the telephonic sex companion of male customers, she boldly argues how nobody is bothered that her brother-in-law is a user of the app but everyone is quick to judge her! And her parents’ suggestion is that she leaves her job comes back to her hometown, Durbhanga in Bihar, so they could get her married.

While the chamakte sitare refers to the desires and dreams these women want to live, the real shining star of the film is the filmmaker herself and her understanding of this world where it’s so important to bring to life stories of women, by women and for women!

The track of Dolly’s son’s sexuality  gives a peak into how the support of a parent can make a world of a difference on a child’s self-discovery; yet, the subplot is underwhelming, as it gets lost in the helter-skelter of the main protagonists’ lives.