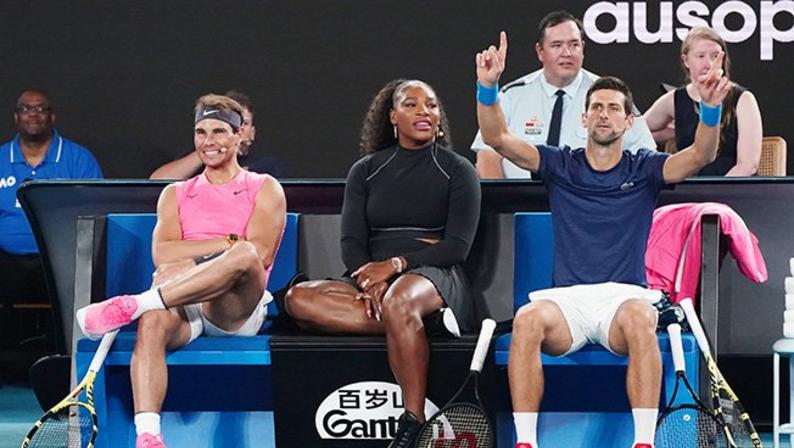 Former champions Novak Djokovic, Rafa Nadal and Serena Williams have all entered next month's Western & Southern Open in New York, which will serve as a tune-up for the U.S. Open, tournament organisers said.

Organisers of the August 20-28 event, which was relocated from Cincinnati this year because of Covid-19, said defending champions Daniil Medvedev and Madison Keys are also among the initial entries.

The ATP Masters 1000 event will be the first on the men's calendar since play was suspended in March because of the virus.

Among the other early entries on the men's side, which includes 40 of the top 43 ranked ATP players, are world number three Dominic Thiem, 2017 champion Grigor Dimitrov and Marin Cilic (2016).

World number three Karolina Pliskova, who won the event in 2016, is the highest-ranked player on the women's side that will feature 39 of the top 53 players in the world.

The women's WTA Tour will signal the return of the professional circuit with the Palermo Ladies Open in the Sicilian capital from Monday.