'Dhadak', starring Janhvi Kapoor and Ishaan Khatter in leading roles, has still managed to hold its grip on the box office. Despite facing stiff competition from new Bollywood and Hollywood releases. According to a report on BoxofficeIndia.com, the film earned an estimated Rs 75 lakh, thus taking its overall collection to approximately Rs 69.81 crore.

The film that is now on its way to the 70 crore nett mark, despite falling prey to piracy channels that uploaded the movie online, it still managed to break a number of records along the way and even recorded the highest opening day collection for debutantes.

The movie is the remake of Marathi sleeper hit Sairat that was released in 2016. Although the location of the movie and certain characters have been changed the storyline still follows the same love angle.

The story is about the love between a rich girl, Parthavi played by Janhvi and a poor boy Madhukar played by Ishaan. How the romance blossoms between them covers the first half of the film.

However, unlike Sairat, the director fails to catch the innocence of the two lovers as they decide to fall for each other despite the differences in their family backgrounds. Dhadak seems to be overly glamorized as compared to the more realistic Sairat.

The story is set in Udaipur and then moves to Kolkata when the Parthavi and Madhukar run away and decide to make a life for themselves away from their families.

Since it is a remake, comparisons between the two movies will obviously be made. Sairat had a tragic ending that depicted the stigma in Indian society about inter caste and inter class marriages and Dhadak has a similar climax.

Janhvi looks radiant and beautiful in the movie and is sure to win hearts while Ishaan also impresses with his acting skills and energy.

Janhvi Kapoor is the daughter of the late actress Sridevi and Boney Kapoor and Ishaan is the half-brother of Shahid Kapoor. Well after the film's success bashes and promotional tours, co-stars Janhvi and Ishaan continue grabbing headlines for their cute camaraderie off-screen. If not spotted at the movies, the two have been clicked at the gym and even attending public events together. 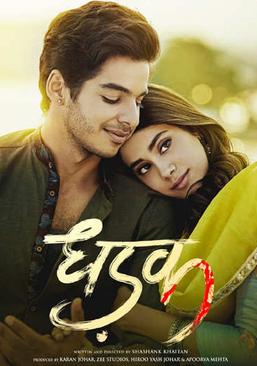