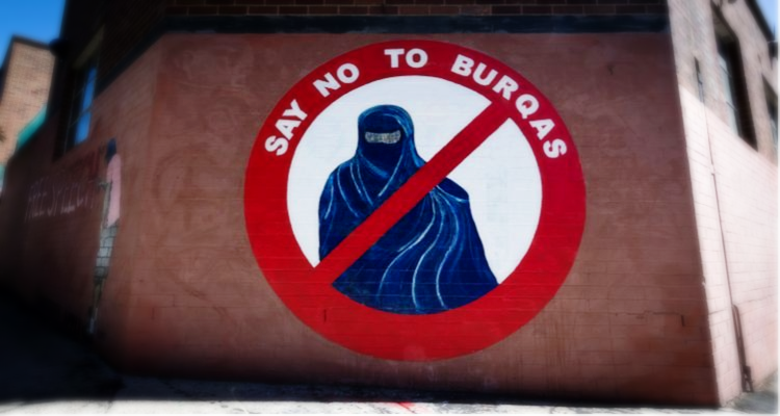 Denmark joined the growing list of European countries that banned face-covering clothing in public, including burqas, niqabs, and other Islamic veils.

The new law, which passed with a vote of 75 to 30 with 74 absentees, outlaws all face coverings except for those with a “recognizable purpose,” such as a scarf in cold weather or a motorcycle helmet.

The Danish government said that the law is not aimed at any one particular religion and that it does not ban religious head coverings like yarmulkes and turbans, though Danish leaders have stated that the niqab and burqa do not belong in Denmark.

However, the law is popularly known as the "Burqa Ban" and is mostly seen as being directed at the dress worn by some conservative Muslim women.

Justice Minister Soeren Pape Poulsen said it will be up to police officers to use their "common sense" when they see people violating the law that comes into force in August.

Anyone forcing a person to wear garments covering the face by using force or threats can be fined or face up to two years in prison.