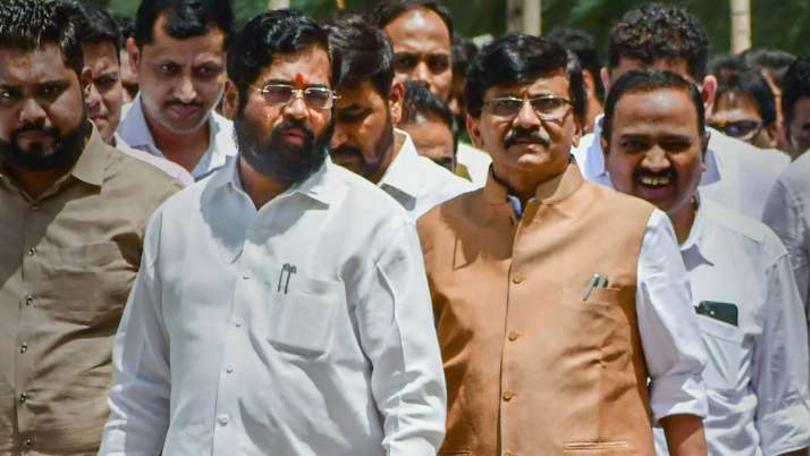 The intense political turmoil in Maharashtra: Will the Thackeray Government survive?
​

The state of Maharashtra has been witnessing an intense political infighting inside the ruling party factions and the result might be the dissembling of the 56 year old party. Eknath Shinde, the leader of the dissident group of the Shiv Sena has assembled along with other 39 rebel leaders at Hotel Radisson, Guwahati. They also claim to have paid Rs. 51 lakh cash to the Assam Chief Minister’s Relief Fund for the flood-hit state. He said that he will form a new faction of the Shiv Sena which will closely follow the ideology of Balasaheb Thackeray and take it forward with the integration of ‘Hindutatva’ principles. The dissident leaders along with Eknath Shinde camping in Guwahati are likely to leave for Goa, Dabolim airport today. Thereafter they might leave for Mumbai. Meanwhile there were talks of Devendra Fadnavis, the ex-CM and State BJP President having met Governor Bhagat Singh Koshiyari and speculation of another possibility doing the rounds had started. Fadnavis, however, clarified that he only requested the Governor to ask the MVA Government to take the floor test.

Uddhav Thackeray, the CM of Maharashtra has approached the Supreme Court against the floor test mandate of the Governor and the apex body has held the judgement uptil the 11th of July as status quo. The formation of the Government was in unlikely circumstances when the unthinkable coalition of the Shiv Sena, Congress and the NCP had happened, maybe because of the shrewd and taciturn politics of Sharad Pawar. There are talks of Sharad Pawar having met with the Ruling MVA party leaders behind the scenes. Maharashtra governor Koshiyari has asked the ruling Uddhav Thackeray Government to prove majority in the house on June 30 to which the CM has approached the SC. This is the most significant rebellion in the history of Shiv Sena something that has never happened before. Senior Congress leader Pritviraj Chavan expressed support for the ruling MVA Government. Meanwhile, NCP Leader Sharad Pawar also reached out to the Shiv Sena and extended support to Uddhav Thackeray.

All in all it depends entirely on the floor test that the Thackeray government will survive only if it passes it. Only one MLA Aditya Thackeray has been left with the ruling faction in support of it; it will become extremely difficult for the MVA Government to prove it’s strength in the house and it is most likely that the Government will fall in lack of proper majority. The next name for the CM designate is certainly impossible to be deduced as the political pot-broiler is getting murkier day by day. With no clear majority in the assembly elections, the triangular coalition was formed and the Government sustained many rough patches on the ride to leadership.

With the ongoing conflict and intense political turmoil there is surely going to be a change in the power dynamics of the state, a lot depending on the Supreme Court verdict also.  The latest addition to the saga being the resignation of Shri Uddhav Thackeray hours before the floor test. Now it will be extremely hypocritical to comment on the outcome of the entire thing.