Pre-poll Analysis: Five States all geared up for Elections 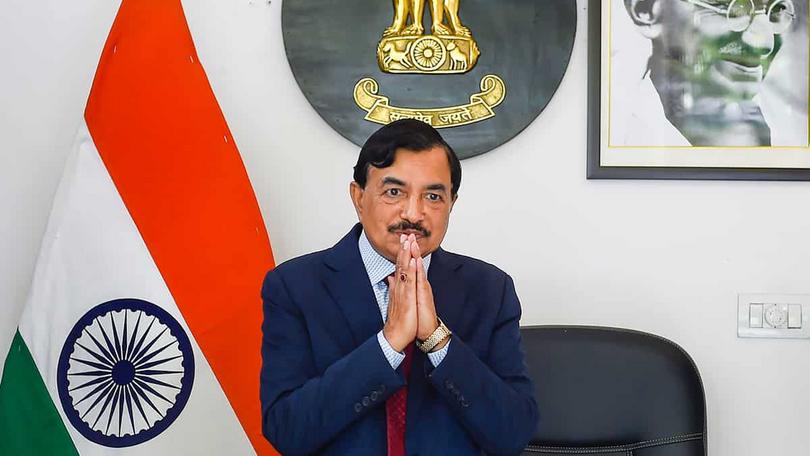 As the poll dates for legislative assembly elections draws near in five states gearing up for elections all political eyeballs are set for the declaration of the next ruling party for the next 5 years. The model code of conduct will be implemented in all the five states: UP, Uttarakhand, Goa, Manipur and Punjab. The Election Commission has made it mandatory for all the campaigning parties to follow all the protocols of the Covid regulations during their addressals and rallies. Late February and Early March will see the political aura in the states of UP, Uttarakhand, Goa, Manipur and Punjab which will decide the political future of these states.

Regarding the state of UP the most important political state in the country will witness the battle between BJP, Samajwadi party and the BSP. The AAP party has no political presence in the state which is basically a political bastion of BJP and the Samajwadi Party. The tussle of power lies among BJP and Samajwadi Party which usually take digs at each other and take political jibes at each other. Congress has failed in all its endeavours to woo the public of this state. Pre polls surveys are in the favour of BJP and have given lesser seats to Samajwadi Party. The issue of MSP is raised by the opposition party while the ruling BJP is non-committal over it. Yet given his popularity Yogi Adityanath remains the choice of the state and also looking at his record of delivering his promises his name can fetch BJP a major lead in the state. Yogi is expected to govern UP for a long time on the likes of Jyoti Basu and Biju Patnaik. With 403 seats going for elections the whole of the country is eagerly waiting for the poll results in UP.

In the state of Uttarakhand the Bjp has benefitted from the infighting of its rivals and the division of the anti-incumbency votes between the Congress and AAP which is a new entrant in the state. BJP is expected to outperform it’s political rivals in Kumaon and Garhwal regions whereas the Congress party is expected to hold prominence in the Tarai region. Congress Leader and former CM Harish Rawat is the most preferred leader of the masses with current CM Pushkar Singh Dhami remaining behind him. The ruling party BJP is predicted a 39.8% of votes and the Congress at 35.7% of the polls and AAP is placed at a meagre 12.7% of votes. Thus no party is analyzed as having a clear victory majority.

BJP is the ruling party in the four states which are going for elections: UP, Uttarakhand, Goa and Manipur. Only Punjab is the state which is the Congress ruled state. Manipur with its 60 seats is going to elections and the BJP led coalition is confident of winning the election with a two third majority once again. BJP is planning to take on a massive virtual campaign. The Union Minister Pratima Bhowmick election in charge of BJP for Manipur said that the BJP was confident of it’s return to power.

The Congress ruled state of Punjab will see a massive debate on the farm laws and aftereffect of the farmers protest. All the 117 seats are warming up for elections and the ruling Congress party has faced a setback to it’s image with Captain Amarinder Singh being replaced and Charanjeet Singh Channi being inducted in the CM’s shoes. Barbs and mud-slinging is on a all time high in Punjab. The Congress had a clear majority with 77 seats in the 2017 elections. Shiromani Akali Dal and it’s ally BJP will enter into a poll alliance this time too and Amarinder Singh is in the favour of BJP alliance now. The catch 22 situation in Punjab could see a coalition government being formed. Public also no longer trusts Navjot Singh Siddhu who was rolling from BJP to AAP and now to Congress. Punjab has become the most fierce and hottest of political battlefields by now and the outcome is predicted in the favour of Amarinder Singh who has a trustworthy name to his image.

Regarding Goa the state is helmed by a BJP run Government headed by Dr. Pramod Kumar Sawant who had taken the place of late Shri Manohar Parrikar. Parrikar’s son Utpal Parrikar stands a strong chance of winning the upcoming elections on sympathy grounds. He is contested heavily by Leander Paes who has recently joined the TMC and holds prominence in the catholic dominated seats as his father is Goa inhabitant. Dr. Divya Rane is the wife of Health Minister Vishwajeet Rane and is all set to enter the political fray. Delolah Lobo is another strong contender from Goa. With the political scene all set to witness change within a few days Michael Lobo the minister for science and technology and waste management, Goa BJP government has resigned and joined the Congress party. Such political upheavals happening in the state of Goa could result in surprises and there can be a tussle between Congress and BJP. Also the possibility of alliances can never be ruled out and the neighbouring state of Maharashtra has been witness to alliance formed between Shivsena, Congress and NCP which was unthinkable of. Hope for a  stable and strong governance in all the states is strong but newer alliances and coalitions cannot be ruled out.