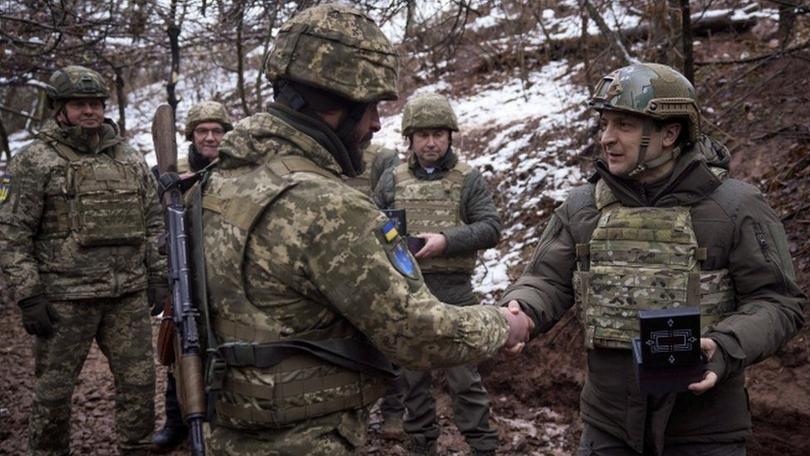 Russia versus Ukraine: The most colossal war

With elections in the five states of the Nation only a few days away, all minds are wondering on the impact of these Vidhan Sabha elections as these can go a far way in deciding the political power and future of political parties like the AAP,BJP, Congress and also Samajwadi Party, BSP,TMC,MGP etc. The BJP led Governemnt at the centre should not be self-effaced or be overconfident in it’s powers or be laid back in it’s approach as these elections are very decisive in their outcome and will influence the Nation in a major manner. The state of UP has now become the political bastion of SP versus BJP. Congress has lost ground in the state and BSP’s charm is not working any more. It’s only SP versus BJP and with stalwart politicians of SP’s family like Aparna Yadav and Shivpal Yadav tilting in favour of BJP the political fates seem to have been sealed in the favour of BJP. All the heavenly stars seem to predict a clear cut majority for BJP with Yogi Adityanath gaining the power once again, maybe a succession of terms like Jyoti Basu and Buddhadeb Bhattacharya. With 403 seats the state of UP always seals the political fate of the entire country and aligns the politics of the Nation. A party gaining majority and supreme power in the Hindi heartland will definitely gain political mileage in the whole of the Nation. The BJP may continue it’s tryst with power and prominence largely due to the political narrative of the party here.

The state of Uttrakhand has seen the coalition of BJP with regional parties and is the popular choice in the Kumaun-Garhwal regions while the Tarai region is dominated by the Congress. Former CM Harish Rawat of the Congress party seems to be a mass’s choice as compared to the current CM, Pushkar Singh Dhami of the BJP. It will be a coalition government again in Uttrakhand either by the Congress or the BJP. The scales favour BJP ruling again as a coalition not majority.

The state of Punjab is under some great political turmoil. With Captain Amarinder Singh of the Congress Party resigning from the party and joining BJP the situation in Punjab is a catch-22 one. The new Congress CM Charanjeet Singh Channi not enjoying public grace as much as Amarinder Singh the battle between BJP and Congress will be severe. AAP is also in the political fray and SAD is a decisive party in Punjab politics, there are chances of a SAD and BJP coalition being formed in Punjab much to the dismay of Congress. Congress had won a clear majority with 77 seats in the previous elections but now the chances seem to be dimmed as the change in the leadership has taken a toll on the popularity of the party.

Manipur is currently under the leadership of a BJP led coalition which can regain power as the party has had a major win in the neighbouring state of Assam. The pre-poll analysis remains in the favour of BJP and there might be a chance of resumption of political power.

The state of Goa is currently ruled by the BJP led coalition. Major upheavals might have been there prior to the elections like Michael Lobo joining the Congress Party and leaving the BJP cabinet. Many new entrants are there like the TMC projecting Goan Leander Paes as their candidate in the Catholic dominated districts of Goa. Divya Rane, wife of Health Minister Vishwajit Singh Rane is also in the political fray along   with fellow contender Delolah Lobo. Dr. Pramod Kumar Sawant is the current CM who had taken the place of Late Manohar Parrikar. Utpal Parrikar, the son of Manohar Parrikar stands good chance on sympathy grounds. So again it will be a coalition government with no party gaining clear majority. It will be a neck to neck fight between the Congress and the BJP.

Prime Minister Modi faces the challenge of not disrupting the economic activities in the wake of the third Covid situation. The BJP might not fare as expected in the state wise context but surely it will perform well overall. The party got a jolt in the form of Subrahmaniam Swamy leaving BJP but that will not deter the party and it will maintain it’s momentum.