How has India and Japan helped Sri Lanka in the time of it’s crisis?

Sri Lanka, the island nation of 21.5 million is a densely populated country in the South-East Asia. Since the lockdown and Covid-2019, it has been witnessing a downfall in it’s economy. The tourism Industry took a sabbatical with the onset of the global pandemic and the Nation began loosing out on its revenue. To add to the financial distress the Rajapaksa Government took some disastrous decisions which counted to the poor economy of the country. The Government decided to totally ban the chemical fertilizers in the country and implement total organic farming in the Nation. The decision backfired badly with the yield of agriculture dropping down to low levels, not enough to sustain the population. Sri Lanka also ran into several billions of debt accrued mainly from China which has a “debt trap” policy. In the guise of infrastructure development the Chinese Government sanctions loans to various countries and then in lieu of non-payment of the loans, acquires leasehold dealings.

Columbo has now stopped paying all of its external loans and debt payments. It has a burden of $3 to $4 million of economic mess, bonds have been issued in the markets which are bilateral-government to government credit, Foreign currency denominated loan agreements with commercial banks and institutional lenders. The economy is in a free fall since the pandemic & the Forex reserves have taken the worst plunge in the last 70 years. There is a crisis of essential supplies in the country like fuel, milk, gas, petrol & diesel, cooking gas and an acute shortage of electricity in the country. Sri Lanka has raised $3.5 billion loan from China which stands at a share of 10.8 % and India’s share is at 2%. China helps at the cost of its own vested interests, like the development of infrastructural projects and then later acquiring the leasehold of the said land or constructed project, say the Hambantota International Port. It is jointly operated by the China Merchants Ports and the Sri Lanka Port Authority. China has acquired the rights of leasehold to the port for 99 years.

India, on the other hand following the “neighborhood first” policy has helped Sri Lanka in its time of crisis up to the tune of $1.9 billion and has approximately helped Sri Lanka with $2.5 billion loans in the last three years. The help extended to Sri Lanka has been in the form of loans, credit lines, currency swaps and monetary exchanges. India has sent 270,000 MT petrol and diesel to Sri Lanka in the time of acute shortage of supplies. India sent 40,000 MT rice to the Sri Lankans which consist of Sinhalese and Tamil Population on the occasion of Tamil New Year. India has also given $500 million short loan to the Sri Lankan Government to help it out from their crisis.

Sri Lanka’s presidential advisory group on multilateral engagement and debt sustainability, its Central Bank governor and treasury secretary are engaged in discussions with India, which is being represented by the chief economic adviser and the economic affairs secretary. According to some Sri Lankan officials, the two sides could establish a framework to monitor progress of economic cooperation in the present context. Sri Lanka has been downgraded deeper into junk by Fitch Ratings which said that the nation’s decision to suspend payments on its foreign debt has kicked off a sovereign default process. Sri Lanka is looking at bridge financing options, and is confident it can secure aid from countries including China and India. That effort would be accompanied by fiscal reforms to curtail expenditure and boost revenues.

Sri Lanka has witnessed massive street protests in the last few months in view of the economic crisis. The public anger has led almost all the cabinet ministers to quit the government. The Government of Japan has announced a USD 1.5million (LKR 600 million) funding to help the Government of Sri Lanka respond to the ongoing economic crisis. The funds will be used by the United Nations World Food Programme (WFP) to provide food assistance to children and families in need of support. Charge d' Affaires ad interim of Japan to Sri Lanka Mr. Katsuki Kotaro said, “We are pleased to announce that the Government of Japan will grant USD 1.5 million emergency assistance through WFP to provide three months’ essential food supplies, including fortified rice, dhal and oil, for approximately 15,000 urban and rural people and 380,000 school children across the island. We hope that this humanitarian assistance will help improve food access and nutrition for the people of Sri Lanka amidst the economic crisis.” Sri Lanka has been severely impacted by a weakening economy which has resulted in shortages of essential items, including food, and a spike in food prices, hindering families’ access to affordable, healthy meals. WFP will use the contribution to procure rice for the national school meal programme to ensure children can continue receiving a significant portion of their daily energy and nutrition requirement through the free school meals. It will also enable WFP to distribute ration packs comprising essential commodities to vulnerable households. 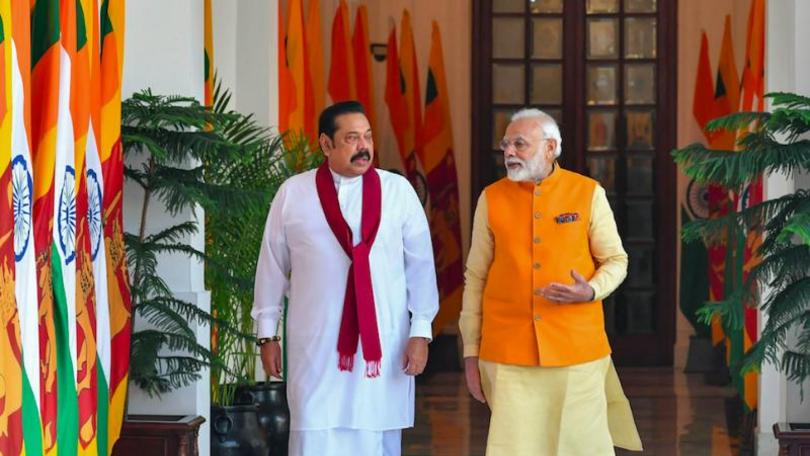