State technical education minister Ram Lal Markanda said that Modi may address the public after the inaugurating the tunnel at Sissu or Keylong in Lahaul. He said that the Prime Minister would flag off a bus through the tunnel.

The construction of the Atal Tunnel connecting Manali with Leh, which is the world's longest highway tunnel above 10,000 feet, has been completed in a span of 10 years.The 9.2-km tunnel is the world’s longest above an altitude of 3,000 metres.

The Rohtang tunnel has been named after former prime minister Atal Bihari Vajpayee, who had announced the project on June 3, 2000. The work to build it was entrusted to the Border Roads Organisation (BRO).

Once thrown open, the tunnel will shorten the distance between Manali and Leh by 46 kms and drive time by around seven hours.

It is a 10.5-metre wide single tube bi-lane tunnel with a fire proof emergency escape tunnel built into the main tunnel itself.

The project faced several geological challenges that pushed the deadline since digging started in 2011. The project was to be completed in February 2015, but water ingress from Seri Nullah, ban on rock mining and the delay in land allotment for quarrying, and loose rock strata in the middle, delayed progress.

Atal Tunnel will be not only important from the strategic point of view but also give a boost to tourism in Lahaul-Spiti, creating employment opportunities.

The Himachal Pradesh government will also honour the elderly residents of Lahaul by making them the first passengers to cross the tunnel by bus. The tunnel will open new opportunities by giving a fillip to tourism and the economy of the tribal district. 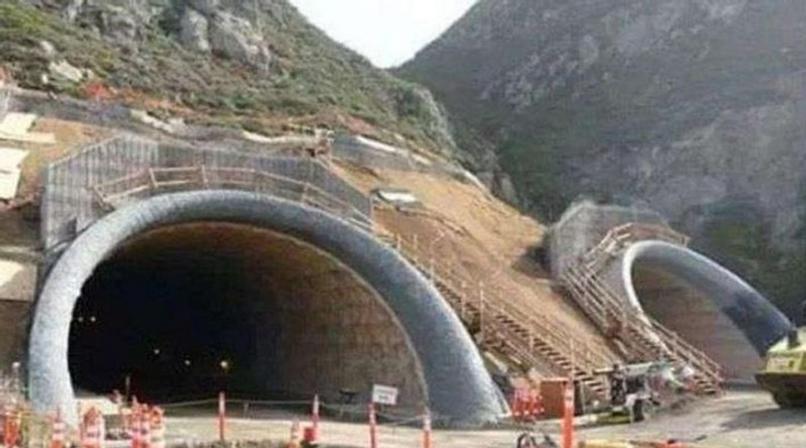 PM Modi is likely to inaugurate the world's longest highway tunnel on October 3.