We, at Herald Global, Interviewed Mr. Piyush Pandey, the worldwide CCO of Ogilvy & Mather. This humble and warm personality happily shared with us his experience and industry insights.

We began with asking how has journey been so far to which he joked and asked us how long is your program going to run. He told us that he completed his post-graduation in Delhi and was in love with playing cricket. Then he decided to work for a tea company as he made a treaty with his buddy Arun Lal to go along together. He worked there for 3 years as a tea taster and was also exposed to a little bit if advertising through his friends.

He further came to Mumbai, looking for a job and started as a client servicing professional at Ogilvy. He remembers that he would help his collegeaus in writing the copy. He said once his boss, Late Suresh Malik as him why he would write in a sly and not in the open, and that further changed his job role at Ogilvy.

We asked him what has changed as the global CCO. He replied immediately that it’s the same role. He believes when you are the captain of the team you must respect the players. He says at the global level there are many captains. He reveals unless there is mutual respect and regards for people a team cannot hold together. The principal does not change and it’s just the players. The local offices would strive for good work and so would the global offices. At the global level the team members would exchange ideas and move on.

We asked him about his leadership style. He warmly says his style is a very open style. He follows the phrase of lead by example and choose to lead people. You will have no one to lead if you don’t have people. We should give people the opportunity, give people the platform and make them grow bigger than yourself as that’s the only way to make a team. 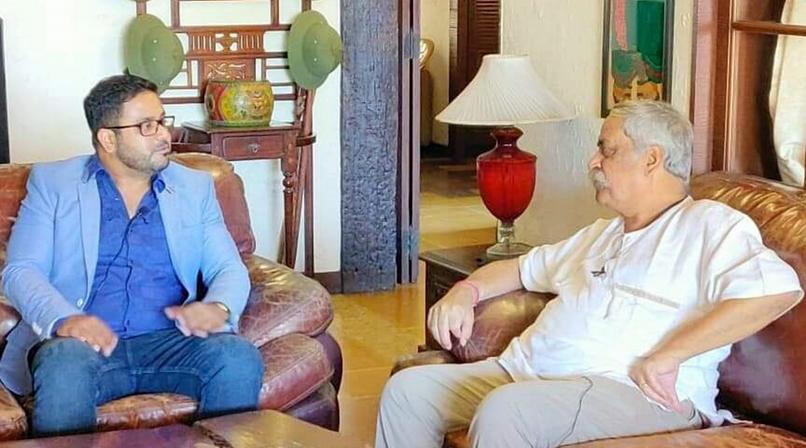 We were curious about how he balances his success and trackmanship. He quickly replied that he doesn’t bother about success. If you continue to work, success will follow. He opinionated that in any business like a carpenter or advertising, if passion is followed success will follow your way. Success could be in any form like fame, recognition or monetary gains. He quotes, “Just get on with it and do the job well.”

With our conversation, we decided to go deeper into the subject of advertising and we asked him with so much changing, what is the difference between then and now. He states, change is inevitable, it has happened and it will continue to happen. It has been a process since centuries. He adds that what has been good in the past we should embrace it and what hasn’t needs to be differently done.

We were curious to know how O&M acquired the change with daily changing needs of the consumers. He tells us that there are people who are following the changes, people who follow people. Study the pattern of change, observing what people see as a change consumer change and expression and it not about the mindset or the curiosity. It’s the expression that changes. Hence, they need people to understand the audience and stay abreast with them. He says that there are ample people who keep the creative people informed about the changes so they can accordingly deliver the product.

We asked him about his golden rule to connect with the audience with his hard-hitting deliveries. He swiftly replies it to be a one-word answer, “Respect”. He assures that once you respect the consumer it’s a beautiful journey to engage and involve them. But we need to respect them. He adds that just because you are a known writer or brand you cannot write anything but they need to be studied and an understanding about their likes. They need to be served something that’s palatable, enjoyable and memorable.

We see many personalities move away from big brands and start their own venture, we were curious what he thinks is the main reason. He thinks and tells us that its more about the change. Many opportunists think they can do it. He reveals, an individual in his forties thinks to himself that he would rather work and passionately for himself instead of others, hence people think and some succeed at their own ventures.

Mr. Piyush Pandey, has been known to win more than 400 awards including the Padma Shri. We asked him how he feels about it. He warmly replied he didn’t bother about winning these awards. The real matter to him is that his work needs to be liked. He believes recognition from a common man to him about his work would make him the happiest person. He humbly smiles and wishes to tell our readers to follow your dreams and the awards will follow.