During a cabinet briefing, Anurag Thakur said the government has approved the PLI scheme in the auto and drone industries. He said Rs 26,058 crore has been allocated to both these sectors for the next five years -- Rs 25,938 crore to the auto sector and Rs 120 crore to the done sector.

It is expected to bring in investments close to Rs 4,75,000 crore over the next five years, he said.

"The PLI scheme for drones will bring fresh investments of over Rs 5,000 crore in three years and incremental production of over Rs 1,500 crore," the government said.

"The automobile industry contributes to 35 per cent of the manufacturing GDP of the country. It is a leading sector in generating employment. If we speak of the global automotive trade, then we need to increase India's participation," Anurag Thakur said.

"Speaking of new technology, the PLI scheme has been brought keeping in mind the needs of the present as well as the future, and for local markets too, so that we strengthen our industry, said Anurag Thakur.

Speaking about the issue of AGR, Ashwini Vaishnaw said, "PM [Prime Minister Narendra] Modi took a bold decision over AGR (adjusted gross revenue) today. A decision has been taken to rationalise the definition of AGR. All non-telecom revenue will be taken out of the AGR."

"Non-telecom revenue will be removed from the AGR definition. Now there will be annual compounding...," he said.

Ashwini Vaishnaw further said, "In the telecom sector, nine structural reforms and five process reforms have been approved by the cabinet. These reforms will change the framework of the entire telecom sector. They will deepen and broaden the industry."

The spectrum auction will be held in the last quarter of the financial year, Ashwini Vaishnaw said.

Ashwini Vaishnaw further said that 100 per cent FDI (Foreign Direct Investment) in telecom via the automatic route was approved by the Cabinet.

Among the measures approved were a four-year moratorium on unpaid dues, AGR and spectrum dues, he said. These measures are expected to ease the cash flow issues being faced by some players in the industry.

"The Cabinet has approved a four-year moratorium on payment of statutory dues by telecoms. They have to pay interest on the moratorium period, which will be SBI's MCLR plus 2 per cent," Ashwini Vaishnaw said.

Beside other reforms, Ashwini Vaishnaw also announced the digitisation of KYC.

"All KYC will be digitised and no form-paper work is required now. No more repeat KYCs to go from prepaid to postpaid or vice versa. An auction calendar will be created and 1953 Customs notifications will be amended," he said.

"Core and radio access technology for 4G and 5G will be made in India...It will be deployed in the coming months in India and there's a vision to export it as well," Ashwini Vaishnawsaid. 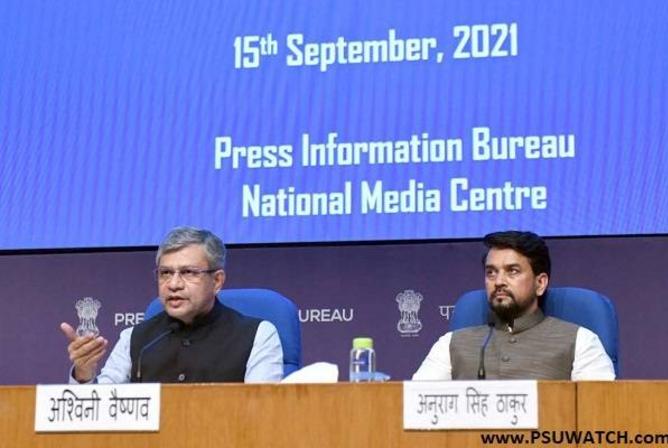