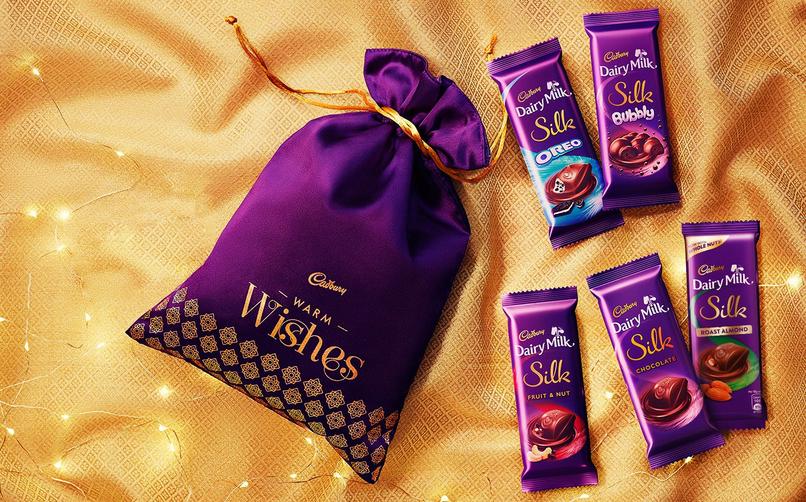 Chocolate is the food of the Gods

The origins of chocolate can be traced back to the ancient Mayan and Aztec civilisations in Central America. 'Theobroma cacao', meaning 'food of the gods', was prized for centuries by the Central American Mayan Indians, who first enjoyed a much-prized spicy drink called 'chocolatl', made from roasted cocoa beans.

The Aztecs introduced cocoa to the Spaniards, who took it back to Europe in the 16th century. However it was very expensive, so only the rich could afford it. Chocolate was exclusively for drinking until the early Victorian times when a technique for making solid 'eating' chocolate was devised.

Throughout its history, whether as a cocoa drinking chocolate or confectionery treat, chocolate has always been much sought after. Modern chocolate manufacturing allowed more people to buy chocolate and Cadbury's were among the first popular products.

Cocoa powder and chocolate are made from the dried seeds that are found in pods on the cacao tree. Chocolate production is a complex process that begins with the harvesting of cocoa trees. 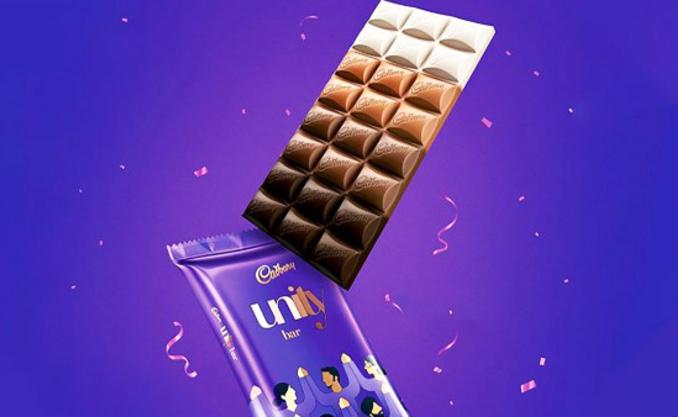 Cadbury Dairy Milk chocolate is one of the major success stories for Cadbury and one of the world's most famous chocolate brands.

Milk chocolate was first made by Cadbury in 1897 by blending milk powder with the basic chocolate ingredients of cocoa butter, cocoa mass and sugar. By today's standards the chocolate wasn't particularly good - it was very coarse and dry and neither sweet nor milky enough.

At that time, the Swiss dominate the milk chocolate market with a product of superior taste and texture produced by Daniel Peters of Vevey, using condensed milk rather than milk powder.

In the early 1900s, George Cadbury Junior and experts at Bournville took on the Swiss, researching new recipes and production methods.

By June 1904, the recipe was perfected and a delicious rich and creamy new milk chocolate was ready for production.

Launched in 1905, Cadbury proudly boasted that its new milk chocolate was not only "as good as," but better than the European milk chocolate. With its now-famous glass and a half of full-cream milk in every 200gms, it contained far more milk than any previously known chocolate.

The special flavours produced when fresh milk, cocoa mass and sugar are cooked together in the first stages of the chocolate crumb making process give Cadbury Dairy Milk its unique taste.

While advertising and packaging designs have evolved over the years, along with considerable technological advances in production, the Cadbury Dairy Milk recipe is still basically the same as it was in 1905.

Cadbury Dairy Milk blocks comes in a range of sizes suitable for all ages and occasions - from a quick snack, a self-indulgent treat, something to share with family or friends or a gift.

With its simple message of the goodness associated with the "glass and a half of full cream dairy milk", this successful advertising campaign began in 1928 and served Cadbury Dairy Milk admirably until the late 1980s.

A change in advertising strategy in the 1990s saw a greater emphasis placed on ‘taste’ in the bold "Chocolate is Cadbury" campaign.

The message reinforced that no other chocolate compares with the taste of Cadbury, while successful elements of previous campaign such as the ‘glass and a half’ were still included.

The clever imagery of this television campaign played on the theme that chocolate means different things to different people at different times, but most importantly, Chocolate is Cadbury.

Mondelez India Foods Private Limited was Formerly Cadbury India Ltd. Over the years they have won the customers' hearts, making themselves the market leaders in the chocolates category in India. The flagship brand Cadbury Dairy Milk (CDM) is considered the "Gold Standard" for chocolates - the pure taste of CDM defines the chocolate taste for the Indian consumer. The other much loved brands include Cadbury Bournvita, CDM Silk, Cadbury Choclairs, Gems, 5-Star, Perk, Bournville, Celebrations.

Through generations Cadbury remains the topmost choice of chocolate. They are a malleable brand with variants for all the target audiences. They have a product for every occasion suiting the needs of their customers. They are a mix of traditional and modern outlooks and taste.

When a brand supplies a solution in their products for every need of the customer with heart-warming messages they automatically win hearts and trust of the people becoming their obvious choice. Along with constant soul touching campaigns their innovations in the products to keep the customers engaged is noteworthy.

Bournvita won at the Effie Awards for its sustained communication on ‘Prepare to Win’ (Tayyari Jeet Ki Campaign).