Hours before the US, UK and Australia signed a new trilateral security alliance for the Indo-Pacific in an attempt to counter China’s growing assertiveness in the region, Australian Prime Minister Scott Morrison called up Prime Minister Narendra Modi to inform him about the pact that was going to be announced, sources told The Indian Express on Thursday.

Unveiling the ambitious security initiative, US President Joe Biden, UK Prime Minister Boris Johnson and Australian Prime Minister Scott Morrison, in a joint statement, said their move will promote stability in the Indo-Pacific and support their shared values and interests.

The pact, termed AUKUS (Australia, UK and US), is expected to help Australia acquire nuclear-powered submarines in a bid to counter China’s growing power in the strategically vital region.

France —which was not notified of the alliance between the three countries — expressed its unhappiness over the deal, calling it a “stab in the back”.

France is irked that the AUKUS pact effectively puts the curtains on the 90-billion Australian dollar (about 65 billion USD) submarine deal that Australia had signed with it in 2016.

Reacting sharply to the pact between the three countries, French Foreign Minister Jean Yves Le Drian said, “We had established a trusting relationship with Australia, and this trust was betrayed…I am today very angry and very bitter about this break-up. This is not acceptable between allies.”

“What concerns me as well is the American behaviour. This brutal, unilateral, unpredictable decision looks very much like what Mr Trump used to do. Allies don’t do this to each other [especially when] they want to have coherent Indo-Pacific approaches. It’s rather insufferable,” he said.

France is upset as it has been kept out of the loop. But, with the core objective of pushing back against China’s aggression, all five countries — US, UK, Australia, France and India — are on the same track.

In New Delhi, the official spokesperson of the Ministry of External Affairs, Arindam Bagchi, did not comment on the new AUKUS partnership, which comes just days before the first in-person Quad leaders’ summit in Washington DC next week.

US President Biden will host the summit, which will be attended by Modi, Morrison and Japanese PM YoshihideSuga.“I do not have anything to share on this at this moment,” Bagchi said, in response to questions on the AUKUS deal.

Sources said Australian Foreign Minister Marise Payne and Defence Minister Peter Dutton had also called up their Indian counterparts S Jaishankar and Rajnath Singh on Wednesday to apprise them about the AUKUS deal.

As part of the joint statement announcing AUKUS, Biden said, “We are taking another historic step to deepen and formalise cooperation among all three of our nations because we all recognise the imperative of ensuring peace and stability in the Indo-Pacific over the long term.”

“The UK, Australia and US are natural allies – while we may be separated geographically, our interests and values are shared,” said Johnson, while announcing the pact.

“AUKUS will enhance our contribution to our growing network of partnerships in the Indo-Pacific region. …our ASEAN friends, our bilateral strategic partners, the Quad, Five Eyes countries, and of course our dear Pacific family. The first major initiative of AUKUS will be to deliver a nuclear-powered submarine fleet for Australia,” Australia’s Morrison said.

In Beijing, the Chinese Foreign Ministry sharply criticised the trilateral military partnership, saying it would closely monitor the pact that will gravely undermine regional stability and aggravate the arms race and hurt international non-proliferation efforts. 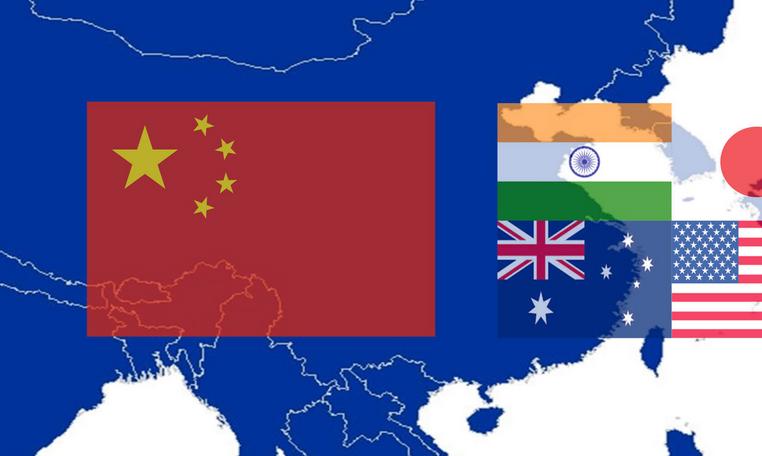 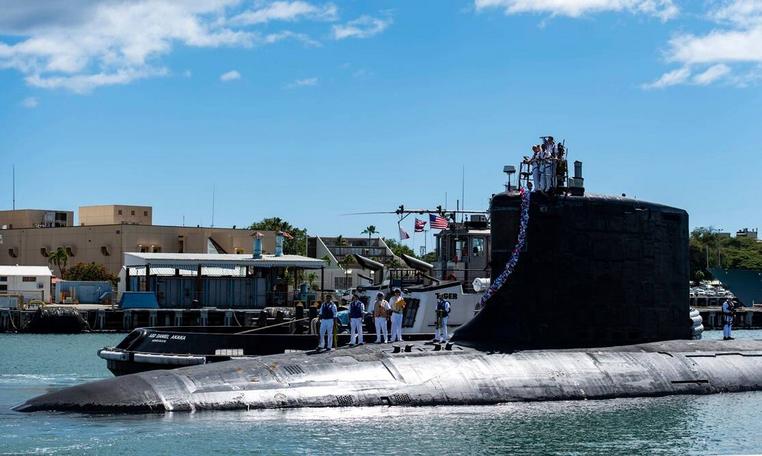