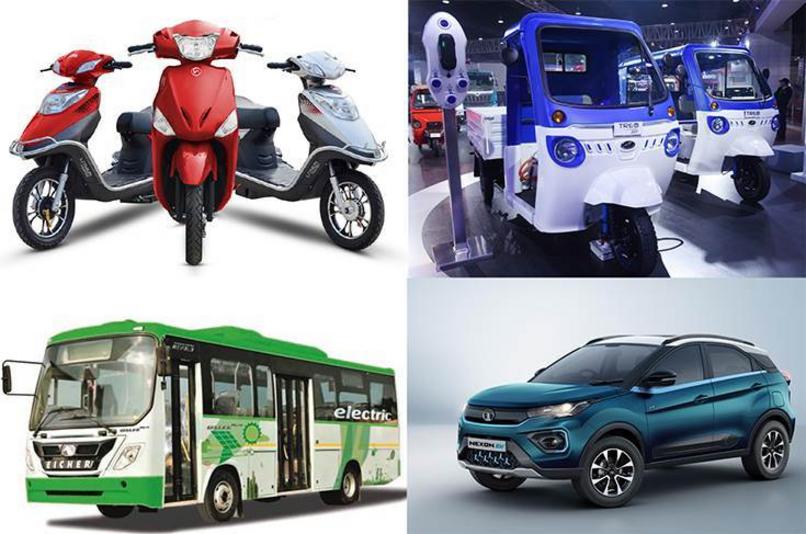 Why did the rupee plunge to such a lifetime low?
​

There is a growing demand for electric vehicles in India as they have a low-emission rate and are cost-friendly. Electric vehicles are run using electric power which is cheaper and at a much stable price rate than diesel and petrol which are constantly fluctuating due to the Russia-Ukraine war. The charging system infrastructure is much easier to install and cheaper than any petrol pump and service station. The trend of electric vehicles is surely gaining momentum in India becoming much popular amongst the youth. There is a growing demand for low-emission commuting amongst the users of two-wheelers. Governments are also supporting long-range, zero-emission vehicles through subsidies and tax-rebates. Now there is a faster adoption and manufacturing of hybrid & Electric Vehicles. Due to technical, environmental and economical reasons the electric vehicles have become quite popular. The performance of the electric vehicles depends on the battery durability and endurance.

The EV Industry is expected to develop at a robust CAGR of 43.13 percent from 2019 to 2030. According to Research and Market’s India Electric Vehicle Ecosystem market outlook 2030- charging infrastructure installation is expected to expand at a CAGR of 42.38 %. The EV market in India is expected to cross USD 1,434 billion by 2022. It is expected to reach up to USD 15,397 billion by the financial year 2027-2028, along with a CAGR of 47.09%. 3,29,190 electric vehicles were sold in India, representing a 168% increase over last year’s sales of 1,22,607 units. The two-wheelers and low-speed L3 category 3-wheelers are the most popular electric vehicles with a combined market share of 90%. In 2021-22 the sale of the electric vehicles has risen to 4,29,217 units which is a direct three-fold increase from 1,34,821 units in 2020-21. This clearly indicates that the market for the electric vehicles is growing by leaps and bounds and EV is the future of road transport in India. Whereas in the fiscal year 2019-20, the total EV sales were 1,68,300 units. The increase in the number of EV’s sold reflects its popularity.

The leading names in the EV market segment are: Himadri, Hero, Exide, Amara Raja. The global EV market is estimated at about USD 185 billion in 2021 which is expected to rise up to USD 980 billion by 2028, based on extensive survey and primary market research. The top contenders in the market are Hyundai Motor India, TATA Motors, Mahindra & Mahindra Ltd., Audi AG, BMW AG, MG Motor India Pvt. Ltd. And Olectra Greentech Limited. The Global EV Industry of $ 163.01 billion in 2020 is expected to reach $823.74 billion by 2030; the growth being accorded at a CAGR of 18.2 %. Electric Vehicles can rightfully be called as the future of transport in the country as well in the world. Meanwhile in India, the Hinduja Group Ashok Leyland plans to set up a new manufacturing facility in the country to roll out electric vehicles.

At the global scenario, Tesla rules the roost with its production of 2.2 million cars and Volkswagen follows close with 1.4 million cars produced annually. The players in the Indian markets are Tata Nexon, MG ZS EV, Tata Tigor EV, Hyundai Kora, Mahindra E-20 Plus, Mahindra E-Verito. The drawback which stands in the way of electric vehicles being the most acceptable and widespread means of communication is the cost of manufacturing and the lack of charging infrastructure both in public and private sectors. The lack of availability of charging stations at key areas and remote areas makes for a hindrance in the wide-scale usage of electric vehicles. The point favoring the use of EV’s is that the electricity price remains constant and the price of petrol and diesel is constantly fluctuating. So, the maintenance of electric vehicles would be cheaper than a petrol and diesel two-wheeler. (NEMMP) National Electric Mobility Mission Plan is an initiative to expand the reach of electric vehicles under (FAME 1 and 2)- Faster adoption and manufacturing of Hybrid and electric vehicles in India. Ampere, Athere, Hero, Okinawa, Revolt are the brands stepping in this domain along with established names like Toyota, Mahindra, Tata, MG, Maruti Suzuki.