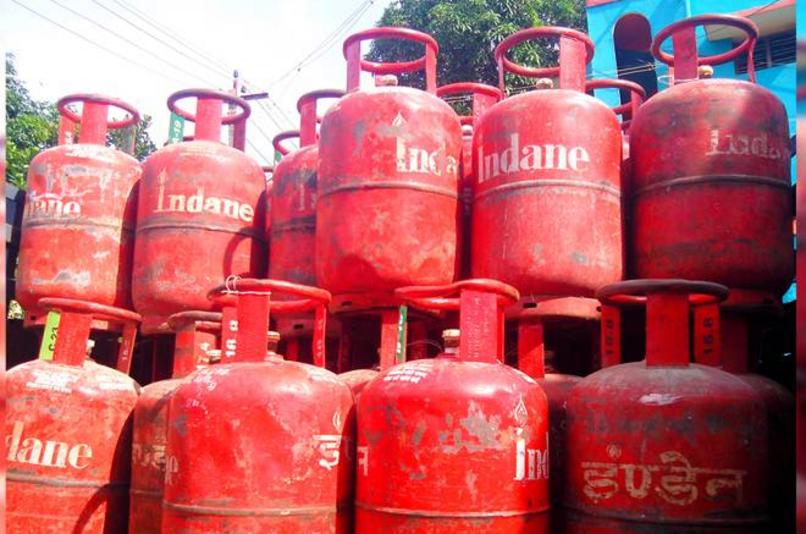 Russia-Ukraine war and global supply concerns have caused an alarming shortage of crude oil in the global market leading to a spiraling rise in the fuel prices. Domestic coking gas prices have also been raised causing panic amongst the middle-class consumers. The LPG cylinders have been raised by almost Rs. 350 per cylinder since November as the global scenario is economically disengaging and crucial. This is the second hike in May causing the LPG price to go above the Rs. 1000 mark. Non-subsidized cooking gas costs Rs. 1003 per 14.2 Kg. Cylinder in the National Capital, according to a price notification of state fuel retailers.  The prices of a 19 Kg. commercial Cylinder were raised drastically to Rs. 2,355.50 from Rs.1025.5. Such a steep escalation is the cause of worry for the public as well as the state as it would cause the price of other commodities to sky rocket. Fuel rates across the country have crossed the Rs. 100 per litre mark, the current cost being 112 approximately. High prices of natural gas have acted as a buffer to the increasing prices of the fuel. The cost of brent crude oil was $81 per barrel in the month of November, now it has risen to $115 per barrel and even more, post the Russia-Ukraine war. The crude brent oil prices have risen by more than 40% since November.

Even as Covid was not enough to create humongous economic crisis due to lockdowns and economic transactions being cut-off completely, businesses being shut and immense number of laborers migrating from urban areas to rural villages for food security. The Consumer price index based inflation rose to about 42 bps and the wholesale price index inflation rose by about 100 bps. RBI has devised several ways to tackle the rising inflation and alleviate its negative impact on Indian economy. The inflationary pressure on the economy is bound to have serious repercussions on the GDP and private consumption.

As India is not self-sufficient in the matter of oil and imports more than 80% of its oil requirements, the rising price load is shared between the consumers, oil-companies and the Government. The inflation has touched a new high of 6.07% mainly based on the fuel prices escalation owing to the Russia- Ukraine war. Since the Russian invasion of Ukraine beginning Feb.24 the global crude brent oil prices have crossed the $ 139.13 per barrel mark. Attacks on oil-facilities in Saudi Arabia by Houthi rebels of Yemen have also made the market nervous about supplies. Due to economic sanctions imposed on Russia almost 3 million barrels of oil supply is cut off daily.

Speaking of India, the Oil Import Bill of India was below $70 billion per annum because of low global oil prices which has now crossed $115 billion per annum due to the ongoing global scenario. The Post- Covid economy has become fragile and the consumer sentiment might get hurt if the fuel and LPG prices are further raised. Saudi Aramco has raised the price of LPG from $729 to $ 769.1 per metric tonne as against $376.3 per metric tonne in the month of November. Whereas back home in India Oil- Corporations like IOC, BPCL and the HPCL have lost out on Rs. 19,000 crores due to tax exemption on fuel prices. The Maharashtra Government states that the tax exemption on petrol and diesel prices will cost the state exchequer nearly Rs. 2,500 crore. OPEC supply cuts are caused due to the geo-political tensions in the Middle-East. The State of Maharashtra has a dynamic fuel pricing system to constantly monitor and evaluate the petrol prices which is based upon daily revision of fuel prices. This is known as the transparent fuel pricing. Maharashtra and Gujrat both have considered imposing VAT on petrol prices at first and now slashing down the revised rates to offer tax relief to the consumers.

All in all, the generic scene for the fuel prices worldwide is the escalation in prices due to Russia-Ukraine war and economic sanctions being imposed on Russia delimiting the fuel supply to the entire world.
​

The escalating fuel and LPG prices.
​