The Asus TUF FX 504 is the latest addition to the company’s arsenal of gaming laptops apart from the Republic of Gamers (ROG) series. While the FX 504 appears like a true-breed gaming machine, it is somewhat positioned as an all-rounder. The Asus FX 504 can been seen as an affordable gaming machine that is well-suited as daily driver as well. This machine is built to attract hobbyist gamers who wants a high-performance system for their office work too. 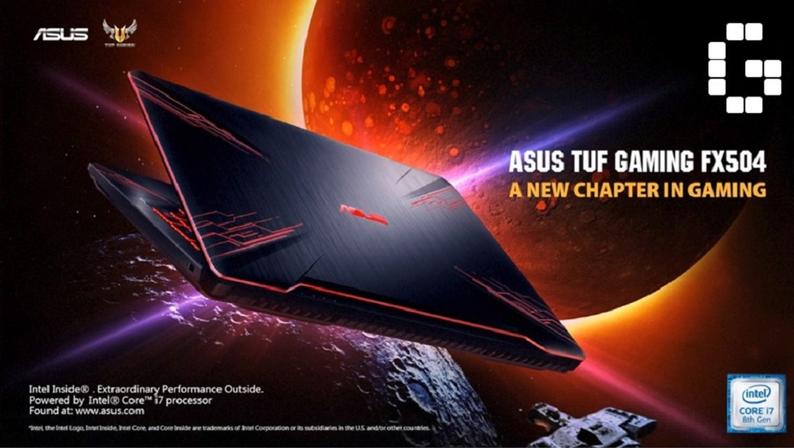 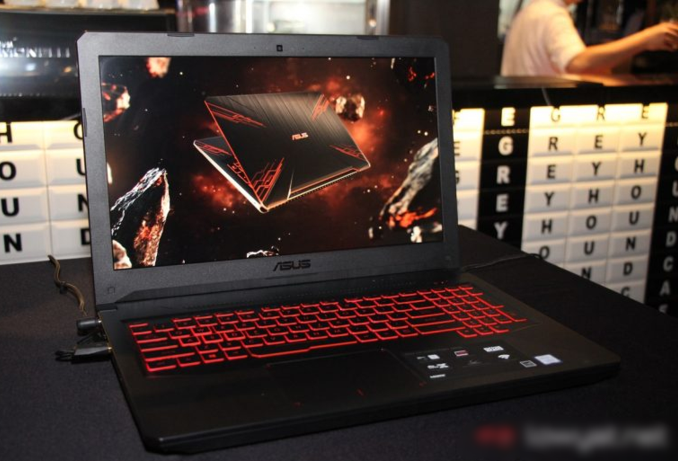 The Asus TUF FX 504 gaming laptop is a solid machine that is build to last. While this laptop doesn’t belong to the ROG legacy, Asus has added design elements which makes the TUF Gaming look like a ROG laptop.The laptop weighs 2.3 kgs which can be called ‘portable’ when compared to other gaming laptops but after adding the weight of the charger, its almost 3kg.

Featuring a Red backlit chiclet keypad, the Asus FX 504 feels great to type. It features a full-sized keypad with the Num Pad squeezed on the right. There is no additional key for any modes or multimedia. So, apart from the Red colour highlighted WASD keys and unique space bar, there is little trace in the keypad that it’s a gaming laptop. The direction keys are placed slightly below, which is a good thing but its small, so it may not actually help you.

The Asus FX504 TUF model that we reviewed offers an 8th gen Intel Core i7-8750H processor with 8GB DDR4 RAM, combined 1TB FireCuda SSHD and 128GB PCIE SSD storage. While 8GB of RAM definitely sounds less right away, the good part is its upgradable and you can expand it to 16GB of memory. Talking about the Core i7-8750H processor, the performance will not be an issue at all.

The Core i7-8750H processor handles your regular computing needs like a piece of cake. In fact, this doesn’t even need the prowess of a Core i7-8750H processor. As far as gaming is concerned, you will please most of the times with the performance, but sometimes under demanding multitasking scenarios, this machine might stutter at times.

Coming to cooling, Asus has deployed its Anti-Dust Cooling (ADC) system with fan overboost. Asus claims that the ADC system expels dust particles through two dedicated tunnels on the side of the fans to prevent build-up in the thermal fins. While there are different modes for the fan speed, it’s way too noisy sometimes. There are cooling pipes inside as well to dissipate the heat but still the laptop remains warm for most part of regular usage because the fan doesn’t kick in.

The Asus TUF FX504 offers Gigabit wired along with wireless AC options. There are three USB ports, one HDMI port along with a combined mic/headphone 3.5mm jack. Of course, there’s no optical disc drive. There is a 720p webcam which offer decent images. There are two speakers on the sides but it doesn’t impress much.

This laptop is backed by a 48Wh battery and don’t expect great battery life. It takes around 1.5 hours to fully charge this machine.

The Asus TUF FX 504 Gaming laptop is a decent machine for someone wanting a work horse offering flawless performance for regular usage along with the right prowess for modern day gaming. The price is, of course, one of its USP.