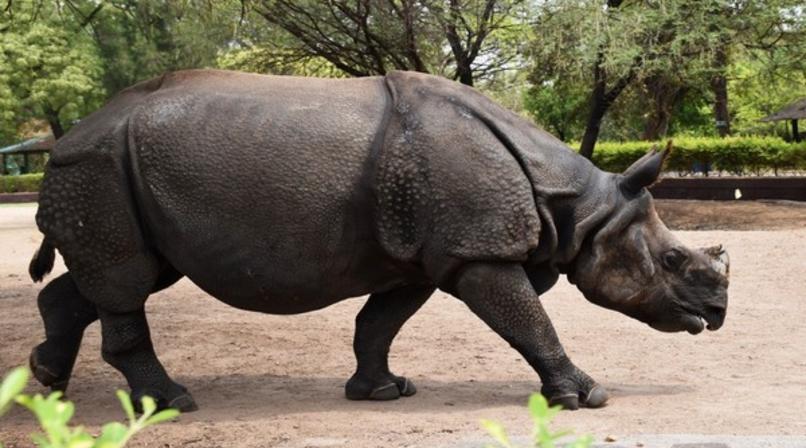 The Assam government is all set to burn nearly 2,500 confiscated rhino horns on September 22 on the occasion of World Rhino Day.

Ashwini Kumar Choubey, the Union Minister of State for Forest and Environment, on Sunday said in a press conference held in Guwahati that the rhino horns will be burned publicly on September 22.

"It is a very good idea taken by the Assam government to destroy the rhino horns and it will help to stop illegal rhino horn trade. The rhino horns will be burnt publicly on September 22," he said.

"The central government appreciates this initiative taken by the Assam government. On that day, I will be in Manipur and I will take part in the programme online," he added.

"September 22 is World Rhino Day and from that day we will be able to stop illegal rhino horn trade and Assam will deliver a message," Ashwini Kumar Choubey said.

On September 16, the Assam cabinet decided that in order to bust the myth about rhino horns and resultant poaching, 2,479 pieces stockpiled in state treasuries would be destroyed by consigning them to flames in public.

The Assam government had recently conducted verification of rhino horns stored in different state treasuries in order to reconcile and destroy those, barring the ones linked to court cases or required for scientific and academic purposes.

In 2016, the Assam government constituted the Rhino Horn Verification Committee to study the specimens kept in 12 treasuries across the state.

During the verification process, the Rhino Horn Verification Committee recorded the world’s largest horn, weighing 3.051 kg and 36 cm in height. The horn was found in 1982 from a rhino in the Bagori range of Kaziranga National Park.

The Union minister said that the Centre will discuss giving the President’s Police Medal award to forest personnel.

"Currently, the President's Police Medals have been conferred only on police personnel. Yesterday, the officials of the Assam Forest department requested that, like the police, forest personnel should also be given the President’s Police Medal for their distinguished service to protesting the forest, nature, and the environment,” said Ashwini Kumar Choubey.

“I will definitely deliver this message to the President of India, and our government will also discuss it,” Ashwini Kumar Choubey added. 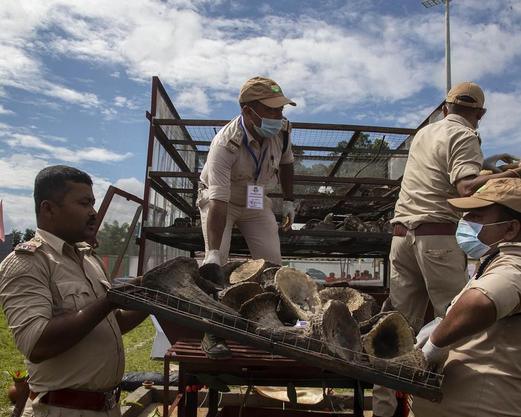