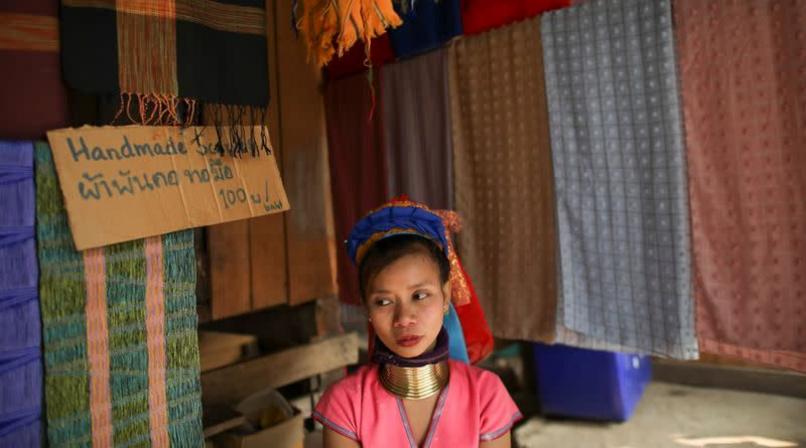 Tracing his fingers over a “Love and Peace” tattoo inked on his forearm in a misty valley on the Thai-Myanmar border, 49-year-old former soldier Isaac said he was contemplating a return to war.

An ex-fighter with the Karenni National Progressive Party (KNPP) he said he had spent years battling government forces in the eastern jungles before settling in northern Thailand. For decades, soldiers like him have fought for greater autonomy for minorities from a central government and army dominated by majority Bamar Buddhists.

Now, with the country in turmoil since the army overthrew elected leader Aung San Suu Kyi in a Feb. 1 coup, those ethnic armed groups are being drawn back into conflict with the military junta as they side with opponents of the coup, according to Reuters interviews with representatives of three such groups and the ousted civilian government.

“If all the ethnic armed groups unite, they can win,” said Isaac.

More than 500 people have been killed by the military across Myanmar in protests against the coup, according to a monitoring group. As violence has escalated, about a dozen armed groups have condemned the junta as illegitimate and vowed to stand with the protesters.

In the southeastern Karen state, one of the strongest groups – the Karen National Union (KNU) – says it is responding to appeals for help from coup opponents by sending fighters to protect protesters. Its troops are attacking Myanmar army positions and cutting off supply routes, in what the group says is a response to encroachment on its territory. In the north, the Kachin Independence Army (KIA) has staged similar attacks.

On Tuesday, three other guerrilla forces, including the powerful Arakan Army in the western Rakhine state, vowed to join what they called the “spring revolution” if killings do not stop.

Civilian lawmakers, most of whom are in hiding, have announced plans to form a “national unity government” on April 1 - with key roles for ethnic leaders - and are holding online talks about joint resistance to the military junta.

Dr Sasa, the international envoy of the civilian government’s representative body the Committee Representing PyidaungsuHluttaw (CRPH), said an interim federal constitution had been drafted with ethnic and civil society groups and there were plans for a “federal army” to replace the military, known as the Tatmadaw.

“If (the international community) fails to take action, of course unavoidable all-out civil war and more bloody days and more bloody weeks and more bloody months await ahead of us,” Dr Sasa told Reuters. “Having a federal army becomes a must and it’s the way we achieve democracy and freedom.”

While many armed groups have long called for their incorporation into such a federal force, some said it remained difficult given that rival insurgents have often also fought each other.

Myanmar’s fractious borderlands have not known peace since the country’s independence from Britain in 1948. But ceasefires signed after the army began democratic reforms in 2011 brought a lull in fighting in some areas.

Leaders of two groups, the KNU and the Restoration Council of Shan State (RCSS), told Reuters that the military had destroyed that deal – known as the National Ceasefire Agreement - by launching attacks.

General YawdSerk, the chair of the RCSS, said representatives of the Myanmar military had sent communications to his group seeking negotiations following the coup, but he had informed them that political talks were suspended.

He said ethnic armed groups must “join hands and hurt those that are hurting the people” but inter-ethnic fighting complicates the response.

“We need to see the big picture,” said YawdSerk, whose RCSS has been fighting two other Shan state-based groups.

KhuOoReh, the vice-chairman of the KNPP, said conversations between insurgents about forming a united front had been positive but the differences between groups had been “going on for 70 years”.

Anthony Davis, a security analyst with British-based Jane’s intelligence company, estimated the total strength of the ethnic armies at around 75,000, enough to stretch the 350,000-strong Myanmar army if it was forced to fight on multiple fronts.

“If the Kachin, Karen, Shan and maybe Rakhine insurgents were to engage in widespread military operations, however loosely coordinated, and at the same time there is an increase in violence in the heartlands, the Tatmadaw would face a huge problem,” he said.

Junta representatives did not respond to calls seeking comment about its response to protests.

Conflict between the military and ethnic groups is already escalating.

On Saturday, Myanmar military fighter jets dropped bombs on territory held by the KNU in the ethnic Karen region, for the first time in more than 20 years, killing several people and sending thousands fleeing to Thailand.

Villagers along the mountainous Myanmar-Thailand border say they are increasingly frightened they will have to flee, some for the second or third time in their lives.

In Mae Sam Laep, a small village nestled in a valley in Thailand’s Mae Hong Son province, gunfire resounded through the hills this week as Karen troops clashed with the military on the other side of the Salween River.

Thai media reported the KNU cut off supply routes several months ago to Tatmadaw troops positioned above the river.

Further north, in Huay Pu Kang village that is home to about 450 people from Myanmar’s Kayan minority, including Isaac the former KNPP soldier, 31-year-old Mu Toh Tong Se Ti wept as she said relatives inside Myanmar had asked her to send money so they could prepare for war, but she had nothing to give.

Since the pandemic, the village has lost all of its income from tourism and her stall selling scarves and trinkets cannot turn a profit.

The village chief, 53-year-old Ku Nong, said he was both worried and hopeful. Many older people from his village in Myanmar had already fled into the jungles but the youth were continuing to protest, he said.

“I think this time around there will be more death,” he said. “But we will definitely get democracy.”

The junta has justified the coup by saying that a November election won by the NLD was fraudulent. It has pledged to restore democracy, without saying when. 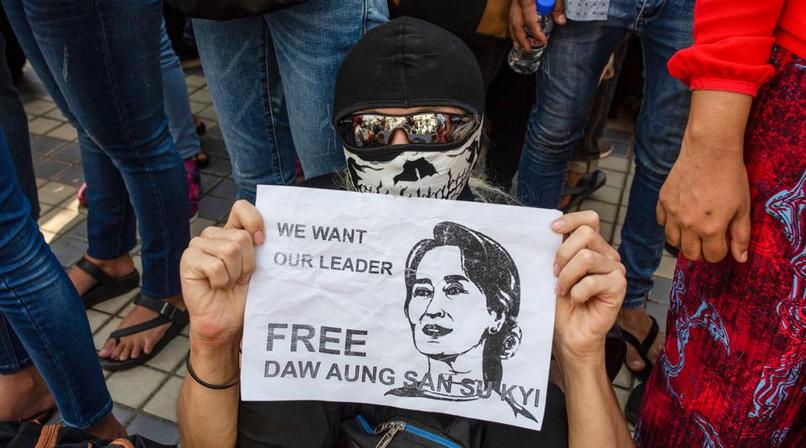