Ant Man And The Wasp

For the Hollywood films, there is yet another affair from the West which is bringing in good numbers, Ant Man And The Wasp.It is more likely that you remember the lyrics to the rap portion of Linkin Park’s In the End than you do the finer details of the first Ant-Man movie’s plot. Despite being more forgettable than your least favourite colleague’s phone number, the first Ant-Man film was received with far more kindness than it deserved. It had such a difficult production that you could almost smell the breath of relief most viewers exhaled when they realised that it hadn’t tarnished the Marvel Cinematic Universe’s gleaming reputation.

Ant-Man and The Wasp doesn’t have as much style as James Gunn’s Guardians movies or TaikaWaititi’s Thor: Ragnarok, but returning director Peyton Reed has honed in on everything that made the first Ant-Man so charming and doubled down on it, from the offbeat humor to the zippy energy radiating from every scene. It’s a smidge longer than its predecessor, but somehow feels tighter and more confident in its execution -- a rare feat for a sequel.

Ant-Man and the Wasp is the first MCU film after Avengers: Infinity War, but is set before the events of the big Marvel superhero team-up film. Scott Lang, Hope van Dyne and Hank Pym (Douglas) try to bring Michelle Pfeiffer’s Janet van Dyne back from the quantum realm even as they face a new threat in the form of Hannah John-Kamen’s Ava Starr/Ghost.

Worldwide, the film has earned 283.7 million dollars so far. Its domestic opening weekend gross was 75.2 million dollars. It is interesting that even relative under-performers in the MCU are doing well in India. Avengers: Infinity War, the last MCU film, grossed more than Rs 200 crore, becoming the biggest Hollywood film in the country ever, beating Disney’s own live-action film The Jungle Book. 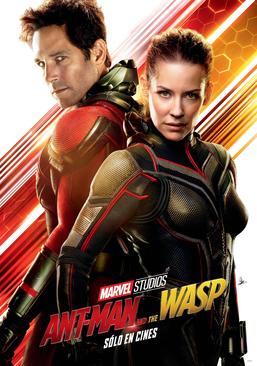