Amul Butter Girl:
The moppet who put Amul on India's breakfast table 50 years after it was first launched, Amul's sale figures have jumped from 1000 tonnes a year in 1966 to over 25,000 tonnes a year in 1997. No other brand comes even close to it. All because a thumb-sized girl climbed on to the hoardings and put a spell on the masses.

Call her the Friday to Friday star. Round eyed, chubby cheeked, winking at you, from strategically placed hoardings at many traffic lights. She is the Amul moppet everyone loves to love (including prickly votaries of the Shiv Sena and BJP). How often have we stopped, looked, chuckled at the Amul hoarding that casts her sometime as the coy, shy Madhuri, a bold sensuous Urmila or simply as herself, dressed in her little polka dotted dress and a red and white bow, holding out her favourite packet of butter.

For 30 odd years the Utterly Butterly girl has managed to keep her fan following intact. So much so that the ads are now ready to enter the Guinness Book of World Records for being the longest running campaign ever. The ultimate compliment to the butter came when a British company launched a butter and called it Utterly Butterly, last year.

For the first one year the ads made statements of some kind or the other but they had not yet acquired the topical tone. In 1967, Sylvester decided that giving the ads a solid concept would give them extra mileage, more dum, so to say. It was a decision that would stand the daCunhas in good stead in the years to come. In 1969, when the city first saw the beginning of the Hare Rama Hare Krishna movement, Sylvester daCunha, Mohammad Khan and Usha Bandarkar, then the creative team working on the Amul account came up with a clincher -- 'Hurry Amul, Hurry Hurry'. Bombay reacted to the ad with a fervour that was almost as devout as the Iskon fever.

That was the first of the many topical ads that were in the offing. From then on Amul began playing the role of a social observer. Over the years the campaign acquired that all important Amul touch.

There are stories about the butter that people like to relate over cups of tea. "For over 10 years I have been collecting Amul ads. I especially like the ads on the backs of the butter packets," says Mrs. Sumona Varma. What does she do with these ads? "I have made an album of them to amuse my grandchildren," she laughs. "They are almost part of our culture, aren't they?”

From the Sixties to the Nineties, the Amul ads have come a long way. While most people agree that the Amul ads were at their peak in the Eighties they still maintain that the Amul ads continue to tease a laughter out of them. Where does Amul's magic actually lie? Many believe that the charm lies in the catchy lines. That we laugh because the humor is what anybody would enjoy. They don't pander to your nationality or certain sentiments. It is pure and simple, everyday fun.

Amul Milk: There are many variants like Amul Gold, Amul Taaza, Amul Chai Milk, Amul Camel Milk, Amul Lactose free milk with detailed information about their nutrients and different packaging as per the quantities. They are cutting the edge by providing Milk variants for the lactose intolerants and diabetics.

Amul Cheese: There are different cheese variants like mozzarellas, gouda, cheddar and a lot more available.

Amul Butter: They have salted and unsalted butter, along with garlic flavor in different sizes.

They have many other successfully running products like their buns, chocolates, ice creams, mithai, paneer, fresh cream, milk powders, flavored milk, energy drinks all across the country.

The Taste of India – these four words are more than what the common man may think of these – a mere slogan. Advertising people call this corporate positioning. But jargon apart these four words lend meaning to Amul's never ending crusade; they reinforce Amul's commitment of taking quality food products right down to the rural man, products, the common man otherwise would have never afforded. It was Amul that first made chocolate affordable to the 'aamadmi', then followed the same with Ice Cream, pizza and a gamut of value-added products. Who would have thought that a tailor in Azamgarh or a traveling salesman in Barabanki, UP would be digging into a cup of Amul Ice Cream on a hot summer day?

But Amul's networking, pricing and more so commitment to reach every part of India has made this possible. Shri Kanon Krishna truly understood what Amul stood or and therefore aptly believed that "The Taste of India" said it all.

As the brand engages with the audience through their topical advertising and increasing value added products they are able to maintain a high recall value and customer loyalty. Amul has their own ice cream parlours also where their products are sold. Amul also believes in Socio-economic responsibilities.

In an era of global warming, Amul is contributing its share in making Gujarat lush green. In this way, the milk producers of Gujarat are ushering in a silent revolution of greening Gujarat. A SAPLING, OFTEN, RESULTS IN A TREE. A CRORE SAPLINGS, HOWEVER, RESULT IN GLOBAL RECOGNITION. "Amul Green" movement wins the International Dairy Federation's award for the best environment initiative in the "sustainability category" during the 4th Global Dairy Conference held at Salzburg Congress Centre, Austria on 28th April, 2010.

Amul Dairy Museum The Dairy Museum is located within the Campus of Amul Dairy at Anand. This Museum is dedicated to the Dairy Industry and declared open by Mrs Molly Kurien on 26th November 2000 to mark the 80th birthday of Dr V. Kurien, The Father of White Revolution in India. The Museum has a Photo Gallery and Auditorium. The Photo Gallery gives glimpses of the genesis of Amul and its growth in a pictorial form to visitors and infuses confidence in the principle of co-operation and co-operative organizations. The Auditorium is used for screening of documentaries, interaction with guests, workshops, seminars and other programmes. 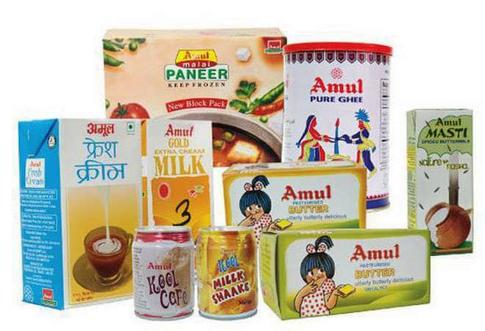 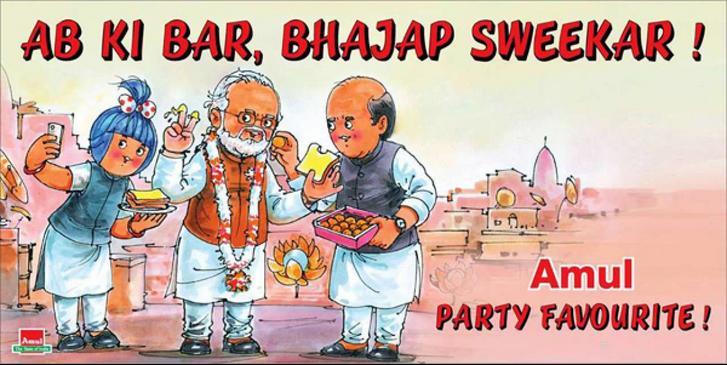 Amul is an Indian cooperative Dairy company which has spurred the India's white revolution and is the country's largest milk producer.

Amul has meant different things to different people :
To a Milk Producer … A life enriching experience
To a Consumer … Assurance of having wholesome milk
To a Mother … A reliable source of nourishment for her child
To the Country … Rural Development and Self Reliance

It was Sardar Vallabhbhai Patel’s vision that led to the growth of the cooperative movement. Sardar Patel urged the dairy farmers to organize milk cooperatives, which would give them control over the resources they generated. He assigned Morarji Desai, his deputy, to coordinate this effort. Morarji Desai organized a meeting where he asked people to become the chairman of the cooperative and take the work ahead. A few people volunteered, but Morarjibhai chose Tribhuvandas Patel who was a committed freedom fighter. Pandit Nehru inaugurated the plant and gave an inspiring speech which boosted the morale of the cooperative. This is how the world’s first buffalo milk powder manufacturing plant came to life.