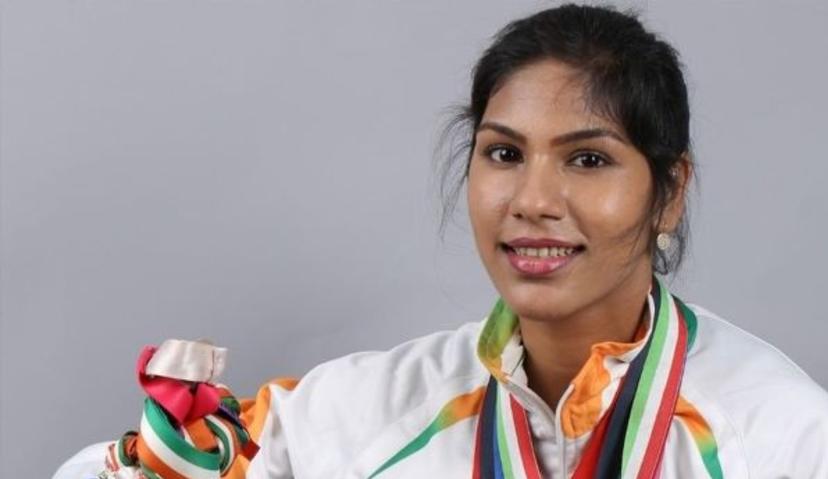 Born and brought up in Chennai, Chadalavada Ananadha Sundhararaman Bhavani Devi better known as Bhavani Devi only to the World, began fencing at a tender age. She has become the first Indian fencer to ever qualify for the Olympics after qualifying for the summer 2020 olympics. India has now been performing well at sports other than cricket and this year we had ample proofs also: from winning a gold at javelin to clinching a bronze at weightlifting we had it all.  Bhavani Devi was born to a priest father C. Sudhararaman and a home maker mother Ramani. She was raised in a small family comprising of two brothers and a sister. Her brothers are an investment consultant and a lawyer respectively. Her sister is a lawyer also. Initially her family was surprised at her liking to a sport which is so unique and lethal. When Bhavani was in class 6th then the Government school she studied introduced a new set of sports in their curriculum and from that point her life took a turn towards her destiny.

Earlier they had a paucity of funds as they were a simple middle class family and her mother had to mortgage her ornaments in order to cope up with her expenses of training et.al. But later as she started to win events and competitions she got many scholarships and awards also recognition for her merit and gradually progressed on her pathway. She was never stopped from the sport just because she was a girl. When she saw the sword and the protective equipment for the first time she was super excited and attracted towards the dangerous game. The “hero” of her life was and has always been her mother who not only provided the moral support but also financial help and guidance whenever required.

Her luck became favourable when she received a scholarship from the KIIT University and the expert guidance of Samanta Sir. Though she did not win at the Rio and the Tokyo Olympics but all the other awards and medals she received at another events like the Commonwealth games and Asiatic Championships was encouraging enough to convince herself for a winning preparation. She was one of the 15 athletes being chosen for the “Go Sport Foundation Awards” under the Rahul Dravid mentorship programme. When she met PM Modi for the first time she was encouraged and honoured by him and she was hugely inspired to perform better and win more accolades.

Wishing such an invincible athlete the very best in her career and may she win more laurels for the country.

The struggle and rise of Bhavani Devi