That “lot” refers to the fact that a majority of Afghanistan’s cricketing team grew up in refugee camps in neighbouring Pakistan, having been displaced by the fighting in their own country. Add to that the logistical nightmare of trying to get visas for Afghan players to travel to international countries in addition to the fact that the national team has never played a game at home, and the difficulty of Afghanistan’s cricketing journey becomes a tad more apparent.

A brief look at the players throws further light on this uniquely difficult context. Team captain Mohammad Nabi grew up in a Pakistani refugee camp, taking to a form of cricket that many in the poorer areas of South Asia are familiar with -- a version involving sticks, pieces of cardboard, and balls made of paper. Nabi was lucky enough to be spotted by a touring English side after he gained acceptance into a local men’s team, thereby gaining a cricket scholarship in Britain.

Fellow teammate Nawroz Khan Mangal has a similar story. A child of the refugee camps, Mangal continued playing cricket when he returned to Kabul, making it to the national team despite the odds. “We know the people will be watching us and we play for them," Mangal said. "We want to give them something to be proud of and to represent the name of Afghanistan."

Another such player is Karim Sadiq, who caught the cricketing bug in Pakistan’s Kacha Kara refugee camp, where he would work in a factory at night and play cricket during the day.

With this sort of passion, cricket in Afghanistan was bound to see its day. The father of Afghan cricket, Taj Malook, describes the journey. Speaking to the BBC, Malook recalls “We were living in Kacha Kara camp running an Afghan team playing alongside with my three brothers, we were crazy fans of cricket, following every international match. I was thinking that if we keep on playing cricket, we will have a national team representing our own country."

Scouting for talent, Malook went from camp to camp, but not everyone was as keen as he hoped. "When I started thinking about making a national team, I went to every Afghan player that I knew and encouraged them to come to Kabul. But their fathers came to our home and warned me not to do that. They told me that cricket kills the time of their sons.”

The same article quotes player Karim Sadiq recalling similar challenges. "We did not even have money to eat, so I was under pressure from my family because I wasn't earning," Sadiq said.

Cricket has in fact provided a rare form of unity for a deeply divided Afghanistan. It is supported by the Taliban, who have been known to issue messages of support to the national team. When Afghanistan took on Pakistan in an ODI in 2012, the country’s then-finance minister, Dr Omar Zakhilwal, very aptly said, “Nothing has ever brought us together like this.”

This unifying power of cricket is being used to transcend not just divisions as deep as the Taliban and the government the militants consider illegitimate, but also rivalries rooted in ethnic, tribal or clan differences. When the team had its crucial World Cup qualifier match, Afghans -- Pashtuns, Hazaras, Uzbeks and Tajiks -- were all out on the streets dancing in celebration.

The game’s unifying power can be gauged from the success of a hearts and minds campaign that sought to use the sport to bridge divisions between eight rival villages in Afghanistan’s district of Khake Jabar, 45 km south east of Kabul. In a story on the initiative, quoted 11 year old Hamid saying that having walked 25 km to watch a cricket game between two of the villages involved provided the first opportunity to not only step out of his own village, but meet and make friends with young people his age from other villages in the district.

Perhaps it was a touch of this emotionally inspired optimism that got a robot to pick Afghanistan as the likely winners of the World Cup. The prediction was made by the University of Canterbury’s robot, named Ikram, based on 14 competing countries flags. After narrowing it down to India, the West Indies, Scotland, New Zealand and Afghanistan, the robot picked the new kids on the block as the winner.

The robot might have been (unsurprisingly) wrong, but the Afghan team sure has our hearts, and now -- wins -- in its tally.​ 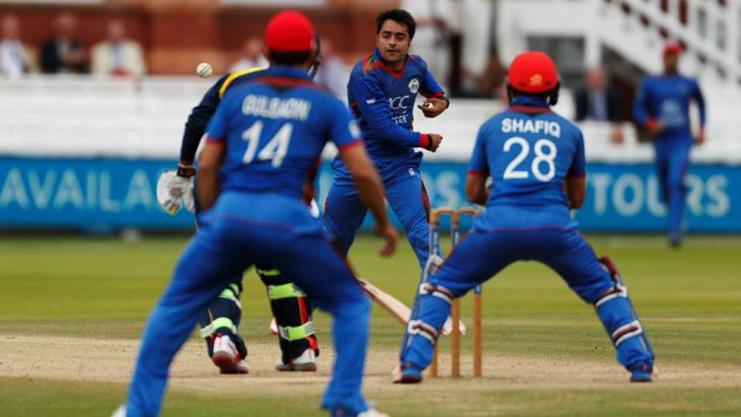 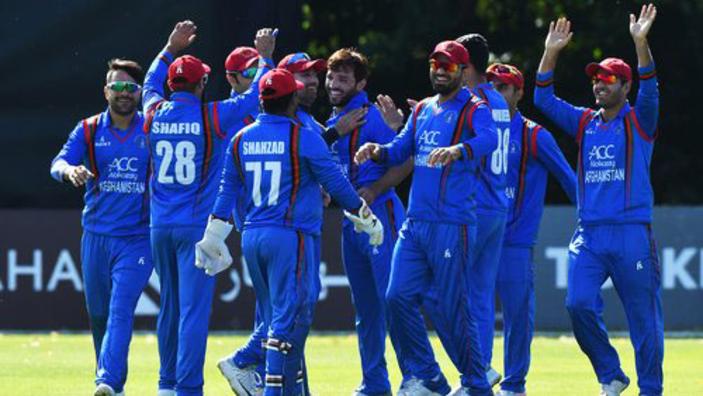 Although the West Indies dismissed the loss as a “blip” with Captain Darren Sammy saying "we leave this game here and see it as the blip in the tournament, now we have two knockouts to play. Semi-finals in Mumbai, take that step, then Kolkata here we come”, the win is a huge feat for Afghanistan. All the more so when you note that Afghanistan, a country wrecked by violence just started playing a few years ago, and the West Indies ranks amongst the cricketing greats.

And although the team lost against the likes of England, Sri Lanka and South Africa, more significant is the fact that the fledgling team beat Scotland, Zimbabwe and of course, the West Indies. The rise of the Afghan cricket team is even more impressive given how quickly it has progressed. For the first time ever, Afghanistan qualified for the cricket World Cup last year and stood face to face, or rather wicket to wicket, with the world’s cricketing best.

This is quite a feat given that it was only twenty years ago that Afghanistan formed a Cricket Federation (now known as the Afghanistan Cricket Board), a majority of that time the country has seen the toppling of the Taliban government and the insurgency that has followed.

In 2008, Afghanistan began its cricketing journey on the world stage by entering the World Cricket League Division 5. In 2010, the country played in its first major international tournament, the World Twenty20. Two years later, Afghanistan was ranked as the top Associate nation with an ICC world ranking of 11 and went, along with Ireland, knocking on the ICC’s door with their quest for a Test status (the reserve of the cricketing greats). The significance of this feat is best described by Afghanistan’s former head coach, Andy Moles, an Englishman who previously coached New Zealand and moved to Kabul in September when a former coach stepped down. “It is hard to explain what it is like to people who haven't been there," Moles said adding, “Our players' lives have been very different to other World Cup cricketers. They have been through a lot to get here.”

Afghanistan has its first ever test victory.