nominee and two-time winner of the Academy Award (Oscar), he is prevalently known as the man who redefined contemporary Indian music.

He has also been honored with doctorates from the Trinity College of Music, Aligarh Muslim University, the Middlesex University and Anna University. He is winner of 15 Filmfare awards, 4 national awards, 13 Filmfare Awards (South) two Grammy awards, six Tamil Nadu state film awards, BAFTA Award, Mauritius National Award, Golden Globe Award, the Malaysian Award and many more for his contribution to music. A.R Rahman-name is enough for his introduction

The massive success of his primary Hindi venture was followed by the chart-topping soundtrack albums of movies like Dil Se (1998), Bombay (1996). Taal (1990). Zubeidaa (2001), Lagaan - Once Upon a Time in India (2001) which was  nominated for the best foreign-language movie at the 2002 Academy Awards, His musical masterpieces comprises his compositions in Hindi movies like Swades, Roja, Jodha Akbar, Rangeela, Rockstar and equally successful Tamil movie compositions.

His contribution to the International music is likewise phenomenal Including Academy Award-winning like soundtracks in British film Elizabeth: The Golden Age, ‘Jai Ho’ in the movie Slumdog Millionaire, Danny Boyle 127 hours, Divine Intervention, The Accidental Husband and Lord of War. His foremost Hollywood project was Couple's Retreat, was for a comedy flick for which he achieved BMI London award for his best score music. He has composed the most downloaded tune of the world which is the sound track for Airtel with a record of over 150 million downloads.

He has also worked with many brightest music stars of his country and an emergent list of international personalities including Zakir Hussain, Nusrat Fateh Ali Khan, David Byrne and L. Shankar Rahman has started various sellout concert tours in more than 50 international locations including the Royal Festival Hall in 2010 and prestigious Hollywood Bowl in 2006. Additionally The Time Magazine ranked the soundtrack of Roja in the Top 10 In their list of all-time best soundtracks of the world and The Guardian, UK, rated the soundtrack of Bombay in their ‘1000 albums to listen before you die’. Apart from films he worked for albums like Vande Mataram – which contains his original musical composition is one of the largest selling non-film albums till date and is recognized worldwide.​ 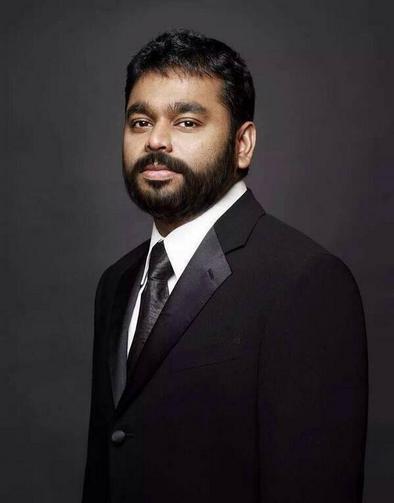 AR Rahman was born as Dileep Kumar to a musically inclined family.

Allah Rakha Rahman often known as A. R. Rahman is a Global tunesmith from Chennai, Tamil Nadu. He is not an accomplished instrumentalist or gifted vocalist like other music composers but moreover like an alchemist of voices and sounds melting and mixing them in a concoction that becomes something pleasing to the ears and the soul. His name itself stands for melody, quality and energy. In other ways we can say that a sound both universal and personal, demolishing older practices and converting them into something gorgeously innovative.

AR Rahman was born on January 6, 1966, in Madras (now Chennai), India, as Dileep Kumar to a musically inclined family. He started to learn playing the piano when he was 4 years old and lost his father at the age of 9. The responsibility of his family came to his shoulders and he joined troupe of legendary composer Ilayaraja as a keyboard player only at the age of 11. As a result he dropped out of school and travelled with various orchestras all around the world.

​​Expert in various genres of music Such as Carnatic music, Hindustani music, Qawwali styles, and Western Classical, the musician is well-known to merge many elements of music and generate phenomenal compositions. Rahman has been awarded with the 'Padma Shri' and 'Padma Bhushan', two of best national civilian honors of India. A five-time