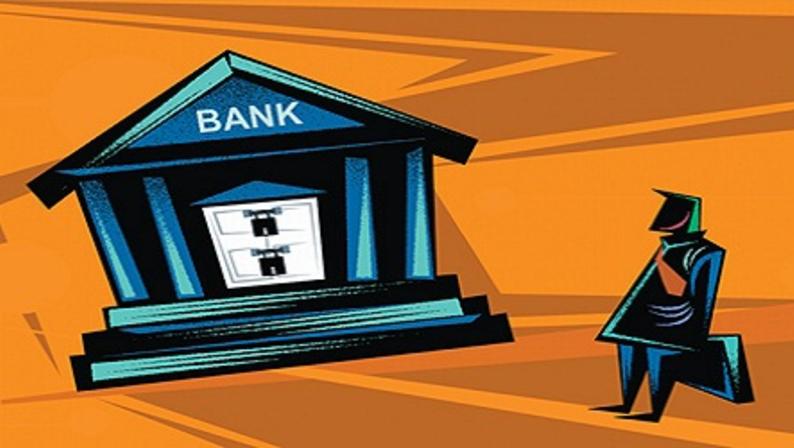 “The impact of treating a particular jurisdiction as high risk will be significant. Firstly, even regulated and low-risk (category 2) funds investing from such jurisdictions will have to undertake full KYC as applicable to a category 3 FPI (like hedge funds). This will mean providing financial information of the fund and identity proof of ultimate beneficial owners (UBOs) and authorised signatories which some investors might not be uncomfortable with,” said Rajesh H Gandhi, Partner, Deloitte Haskins & Sells.

Sebi-registered foreign portfolio funds invest in India through 56 countries. Of these, 25 are now considered ‘high risk’.

While this is aimed at curbing the use of these jurisdictions for fund round-tripping, some fear it could impact genuine investors.

The custodian banks did not respond to query which sought to know the basis on which the countries have been included in the highrisk category. “This is done at the instruction of the regulator which wants custodians to come out with a list. Probably due to existing treaties and diplomatic relations, Sebi and the ministry are reluctant to draw a list on their own… Now Sebi has to finalise the names on the basis of the list from custodians,” said a banker.

The classification assumes significance following a new Sebi regulation. According to the new rule, NRIs and PIOs cannot be ‘beneficial owners’ (BO) of FPIs (foreign portfolio investors). BO would mean 25% ownership in a company or 15% in a trust or partnership — depending on how an FPI is structured abroad. The entry barrier is stiffer as the threshold (for establishing NRI control or dominance in the fund pool) would be at a lower (and therefore more stringent) level of 10% if the FPI is based in a high-risk jurisdiction.

The BO rule would also be triggered if the fund manager is an NRI though not an investor. Thus, NRIs and OCI (overseas citizen of India) card holders will not be able to own more than 10% of such FPIs coming from high-risk jurisdictions while details of any investor who owns more than 10% in the FPI will have to be provided to the custodian.

According to Richie Sancheti, head, investment funds, at the law firm Nishith Desai Associates, it should be clarified that identification of beneficial ownership should be used to carry out KYC exercises only and not to restrict investments.

Investment restrictions should probably be defined only on the basis of who the investors are and not who manages a fund, said Sancheti. Identification of highrisk jurisdictions outside the FATF (Financial Action Task Force) prescribed list may have to be very carefully done since it may have several ramifications, said Tejesh Chitlangi, partner, IC Universal Legal. “It may lead to reciprocity by the concerned jurisdiction on certain other business fronts. Optically, that may also result in such jurisdiction being looked upon with suspicion by other countries as well as has been the case with certain jurisdictions which had been blacklisted in the past by Europe and US,” said Chitlangi. 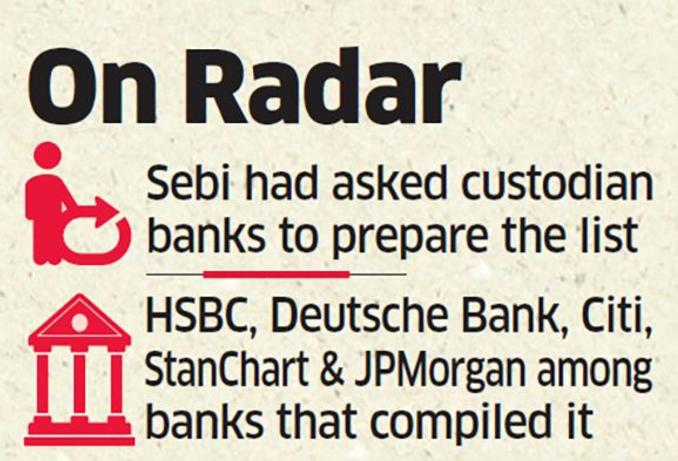 China, UAE, Cyprus and significantly, Mauritius, along with 21 other countries have been tagged as “high-risk jurisdictions” by global banks acting as custodians for foreign funds which comprise the largest group of investors in the Indian stock market.

Large investors and beneficial owners of these funds entering India through these high-risk jurisdictions will face close scrutiny while non-resident Indians and persons of Indian origin will run into new hurdles in participating in funds set up in these countries for trading on Indian exchanges.

The main custodian banks shared a list of 25 countries with the capital markets regulator Securities and Exchange Board of India (Sebi), two persons aware of the development told. HSBC, Deutsche Bank, Citi, Standard Chartered and JP Morgan are among the banks that compiled the list.