Twenty-two police and paramilitary personnel were killed and at least two dozen others injured in a gunfight with Maoists in Chhattisgarh’s Bastar region as the extremists ambushed the forces after possibly luring them to an area near the Bijapur-Sukma border, people aware of the developments said on Sunday.

On Saturday, five security personnel were said to have been killed shortly after about 1,700 men launched a combing operation for Maoist commander MadviHidma. However, with the discovery of 18 more bodies on Sunday, the death toll climbed to 22, making it the worst such incident in four years. One jawan was missing after the attack.

The police said that out of the 22 jawans killed in the attack, eight were from district reserve guard, six CoBRA commandos, six special task force (STF) members, and one jawan of the “Bastariya” battalion of the Central Reserve Police Force (CRPF).

The gunfight also resulted in the death of a suspected Maoist, the police said, adding that about a dozen others were likely killed in the encounter.

Inspector general of police, Bastar range, Sunderaj P said 18 jawans were missing after five security personnel were killed and 31 others injured on Saturday in the gunfight. “On Sunday, bodies of 17 missing personnel were recovered during a search operation. With this, a total 22 personnel have been killed in the incident,” he said.

A police officer aware of the developments said it was a “U-shaped attack” in which the security personnel were trapped at a lower level and the Maoists fired indiscriminately from two hilltops in Bijapur, about 400km from the state capital, Raipur. The officer said on condition of anonymity that the Maoist operation was led by Hidma, who was waiting for the forces to enter Terrem jungles. There was intelligence input that Hidma was present in the area for the last 17 days, the officer added.

On Friday night, about 1,700 security personnel from different camps in Bijapur and Sukma districts began one of the biggest recent combing operations to look for Hidma. On Saturday, a team of about 450 security personnel was in JeeramJonaguda and Tekulguda villages at about 11.45am, when it was ambushed. The security personnel were returning to their camp, the police officer quoted above said.

Another senior police officer said that the forces were trapped in the “killing area” of the Maoists in the two villages, which were already vacated by the ultras before the ambush. About 350 Maoists fired at the security forces from the two hillocks and later chased the jawans as they ran to take cover inside huts. The encounter went on for almost three hours, the officer said.

The combing operation was launched based on the intelligence inputs about the presence of Maoists belonging to the PLGA (Peoples’ Liberation Guerilla Army) battalion number 1, which is led by Hidma. The second officer did not rule out that it was a false input meant to trap the forces.

Director general of the Central Reserve Police Force (CRPF), Kuldiep Singh, who is in Chhattisgarh to monitor the situation following the Maoist attack, however, said there was no intelligence or operational failure.

Prime Minister Narendra Modi condemned the incident and Union home minister Amit Shah and Chhattisgarh chief minister Bhupesh Baghel, who were campaigning for elections in Assam, cut their visits short to review the situation. Shah spoke to Baghel over the incident and said a “befitting response” will be given to the attackers, people aware of the developments said.

“My thoughts are with the families of those martyred while fighting Maoists in Chhattisgarh. The sacrifices of the brave martyrs will never be forgotten. May the injured recover at the earliest,” Modi tweeted.

Shah said: “Both sides have suffered losses. Our jawans have lost their lives. I pay tributes to them. I want to assure their families that their sacrifice will not go in vain.”

Defence minister Rajnath Singh, too, paid tributes to the security personnel. “They fought with utmost courage; their sacrifice will never be forgotten. My deepest condolences to their families,” he said.

Congress leader Rahul Gandhi appealed to the state government to help locate the missing soldiers and ensure speedy recoveries for those injured. “My condolences to the families of the martyrs who sacrificed their lives in combat in Chhattisgarh. Decisive action needs to be taken to locate and rescue the missing Jawans. I appeal to the state govt to ensure best care for a speedy recovery of the injured,” he tweeted.

Of the injured, seven people were admitted to hospitals in Raipur, while 24 were undergoing treatment at the Bijapur district hospital.

Chhattisgarh police’s additional director general Ashok Juneja told AFP that a search operation was on till Sunday evening, and the exact figure of deaths and casualties would be known after the operation was over. Another officer said the death toll was likely to rise in the attack.

Juneja said the Maoists looted weapons, ammunition, uniforms and shoes from the security forces who were killed. A senior official told PTI that the Maoists used light machine guns and low-intensity improvised explosive devices to mount the attack. 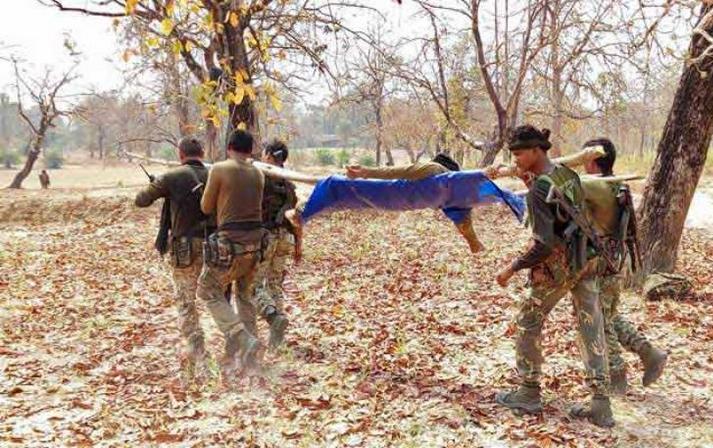 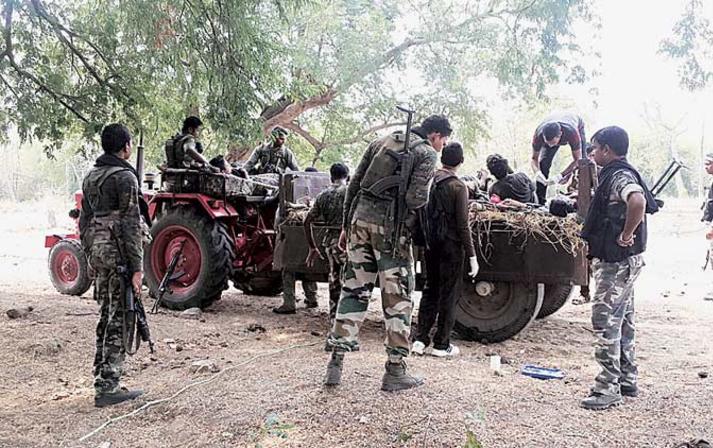