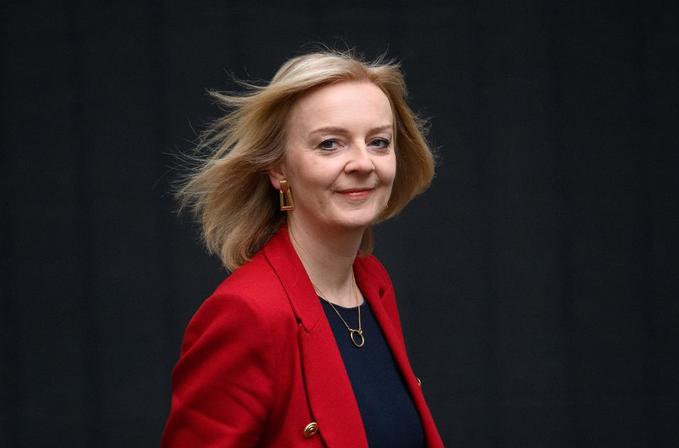 Britain’s foreign secretary Liz Truss will become lead negotiator in talks on the Northern Ireland protocol following David Frost’s resignation as Brexit minister. Downing Street said that Ms. Truss, who has been foreign secretary for three months, would take over ministerial responsibility for Britain’s relationship with the European Union with immediate effect.

The foreign secretary will lead talks with the EU over the Northern Ireland Protocol that has led to tensions in the region by hitting trade across the Irish Sea. Ms. Truss said she was ‘pleased’ to be taking on the responsibility for the negotiations and Briatins’s wider relationship with the bloc.

Her appointment will be seen as a steadying move after Frost’s resignation dealt a body blow to an already weakened prime minister, reeling from sleaze scandals and the loss of the byelection in North Shropshire.

"Liz Truss will take over Ministerial responsibility for the UK’s relationship with the European Union with immediate effect ... and will lead the ongoing negotiations to resolve the problems arising from the current operation of the Northern Ireland Protocol," Johnson's office said.

Following the announcement, European Commission Vice President MarosSefcovic said on Twitter: "My team and I will continue to cooperate with the UK in the same constructive spirit on all important tasks ahead, including the Protocol on Ireland/Northern Ireland."

In his letter of resignation, Frost said it was the introduction of plan B coronavirus measures, including the implementation of Covidpasses that prompted his decision. He also said he had become disillusioned by tax rises and the cost of net zero policies.

While fiercely loyal to Johnson, Truss is considered a frontrunner along with the chancellor, Rishi Sunak, to succeed him in a future leadership challenge. She also commands the support of the hardline Eurosceptics, known as the “spartans” in the party, famed for her libertarian views and her war on “woke” culture.

Ms. Truss transformed from being pro-remain to a Brexiteer following the referendum in 2016. In a recent poll by Conservative Home she ranked No. 1 in popularity in “satisfaction ratings”, ahead of the defence secretary, Ben Wallace, Lord Frost, Jacob Rees-Mogg and Rishi Sunak.