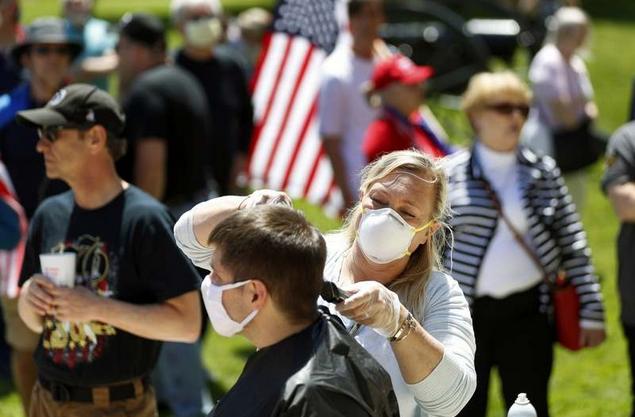 Republicans vying in the primary for Nevada’s 4th Congressional District are itching to win that seat held by Democratic Rep. Steven Horsford.

Trump has been a staunch critic of vote-by-mail expansion. In April, he said mail-in voting “doesn’t work out well for Republicans,” suggesting that easier access to absentee ballots could determine whether the Republicans retain control over the Senate or win the House. It may also affect Trump’s own fortunes in his re-election bid this year, especially in swing states where margins could be razor thin.

He has claimed that voting by mail leads to voter fraud, but there is no evidence that this is true. Earlier this year, Trump submitted an absentee ballot to vote for himself in Florida’s presidential primary.

Michigan is among several states to take action to limit in-person voting due to the fear of spreading the coronavirus.

The pandemic has upended 2020 elections, forcing officials to seek safer or alternatives for Americans to cast their votes.

In the last two months, multiple states and territories either delayed or adjusted their presidential primaries due to a fear of spreading the virus among large groups.

The issue has attracted the attention of several heavyweight Democrats, including House Speaker Nancy Pelosi and Sens. Bernie Sanders and Elizabeth Warren.

Warren urged the Senate to include $4 billion in the next coronavirus relief package to allow states to expand their vote-by-mail services for the general election.

Trump threatens to hold up funding to Michigan and Nevada for vote-by-mail access.

President Donald Trump threatened to withhold funding from Michigan and Nevada for expanding their mail-in voting services in an effort to avoid crowded polling centers during the coronavirus pandemic.

“Breaking: Michigan sends absentee ballots to 7.7 million people ahead of Primaries and the General Election. This was done illegally and without authorization by a rogue Secretary of State,” Trump tweeted. “I will ask to hold up funding to Michigan if they want to go down this Voter Fraud path!”

Trump’s tweet incorrectly said voters in Michigan, a crucial swing state, will receive an absentee ballot in the mail.

Michigan Secretary of State Jocelyn Benson, a Democrat, quickly corrected the president with her own tartly worded tweet.

“We sent applications, not ballots. Just like my GOP colleagues in Iowa, Georgia, Nebraska and West Virginia,” Benson said.

It’s unclear what “funding” Trump is referring to. The White House declined to comment.

A senior administrative official at the Office of Management and Budget, which develops and executes the budget across the Executive Branch, told in a statement that “no decisions have been made at this time” regarding Trump’s threat to withhold funding and that “discussions are on-going.”

Shortly after that tweet, Trump unloaded on Nevada for expanding mail-in voting to carry out the state’s congressional primaries on June 9.

“State of Nevada ‘thinks’ that they can send out illegal vote by mail ballots, creating a great Voter Fraud scenario for the State and the U.S. They can’t! If they do, ‘I think’ I can hold up funds to the State. Sorry, but you must not cheat in elections,” he tweeted. 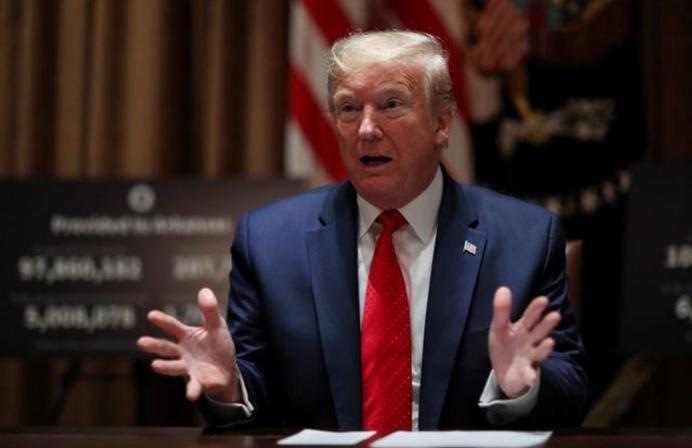