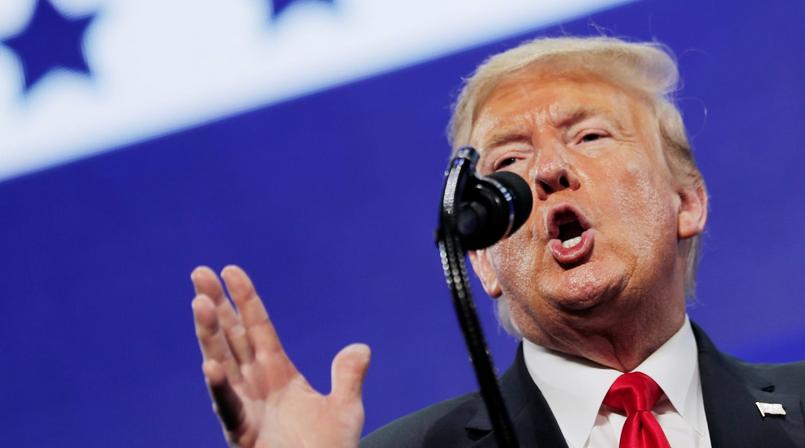 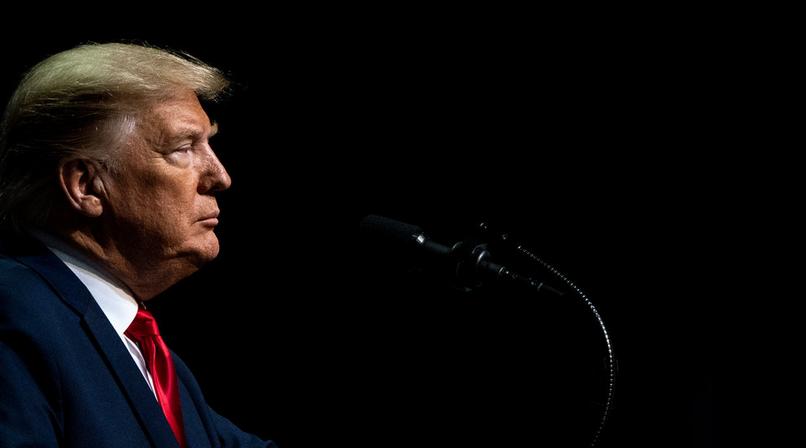 President Donald Trump’s campaign, facing a growing disadvantage in polls, has started reserving spots for a television ad blitz set to run in several swing states during the final months of the race.

The ad buy, worth more than $90 million, comes as some in the Trump campaign see warning signs in multiple key states, including Michigan, Georgia and North Carolina, according to people familiar with the matter.

Advertising Analytics originally said that the buy is worth over $16 million. Later, they noted that the buy across all of the states was worth $95 million. The move comes after Trump pulled ahead of Biden last week with his Facebook ad spending.

The new investment in these states comes as polls show Trump behind Biden, the presumptive Democratic nominee. A New York Times Upshot/ Sienna College survey has Biden ahead of Trump in Arizona, Wisconsin, Pennsylvania, North Carolina and Florida. Trump won these states by slim margins against the 2016 Democratic nominee, Hillary Clinton.

Trump has been under siege by critics who argue he hasn’t done enough to combat the coronavirus pandemic and that he failed to show empathy during the nationwide protests that followed the police killing of George Floyd.

The development also follows news that the Trump campaign reserving ad space in Georgia, a traditionally reliable state for Republican presidential candidates. A recent Fox News poll had Biden ahead of Trump there by two points.

The new spending indicates that the Trump campaign is ramping up its defense in states he needs to win a second term.

Elsewhere, in Michigan, Trump is down in every recent public poll. That matches the campaign’s current crop of data, according to people familiar with the matter. These people declined to be named as these internal results have yet to be made public. Trump won Michigan in 2016.

Some on the campaign are convinced that the president faces hurdles even in Georgia and North Carolina, these people said.

The campaign, however, sees New Hampshire, Minnesota and Nevada as states that are all in play for Trump, these people added. Clinton won those states in 2016. The Trump campaign’s data shows that Trump is ahead of Biden by wide margins in Texas, Ohio and Florida, despite Biden being ahead of Trump in some of the statewide public polls, these people added.

Still, the Trump campaign data shows that Biden has a slight edge over Trump in the Electoral College, one of these people said.

The struggles on the campaign trail for Trump also appears to reflect the edge Biden and Democrats had over the president and the Republican National Committee in their May fundraising haul.