​​​"Coughing in bed, choke on the smoky air. A Manly ferry emerges from the gloom. And a man wears a gas mask on the ferry. And this is a horrible new normal," Andrew Thomas tweeted.

Macquarie Park in Sydney's north-west recorded the state's worst air quality rating of 2,214 by 10am. Anything above 200 PM2.5, a measure of harmful particulate matter in the air, is considered hazardous.

The Bureau of Meteorology says "severe heatwave conditions" will build, bringing temperatures over 40 degrees Celsius to many regions.

The haze may cause breathing issues for those with heart or lung disease.

"We're quite concerned about the potential for fire danger and fire spread today.

"We are going to see a vigorous cold front move through the state and particularly start moving through places like Sydney in the early afternoon, up through the Hunter a little later in the afternoon, into the evening."

The RFS were conducting critical operations to protect homes, he said.

Nine regions are under total fire bans on Tuesday, including greater Sydney, greater Hunter and Illawarra-Shoalhaven. Severe fire danger is forecast for seven regions, including the aforementioned trio.

There were almost 85 fires burning across NSW on Monday evening with 37 of those out of control and more than 2000 firefighters in the field.

"The more up to date you can be and the more you can act in accordance with your plan or any advice or directions given by fire authorities, it could improve the prospects of survivability not just your family but also your home, your property, your livelihood," Mr. Fitzsimmons said.

NSW Premier Gladys Berejiklian says the drought-stricken state could be in for a "horror summer", while Prime Minister Scott Morrison on Tuesday encouraged Australians to follow the instructions of fire authorities.

"I can reassure everyone that the nationally-coordinated effort and the specific state efforts leading the response in each of their jurisdictions has been incredibly professionally deployed," Mr. Morrison told reporters. 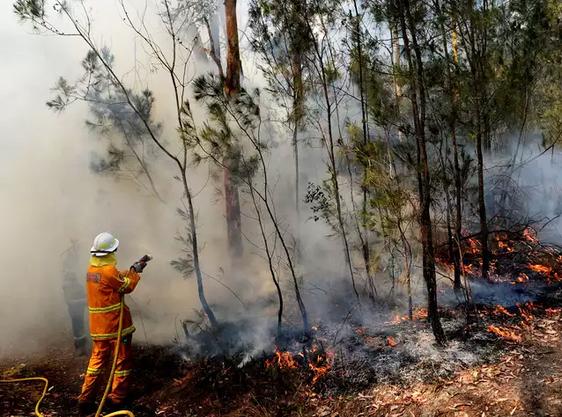 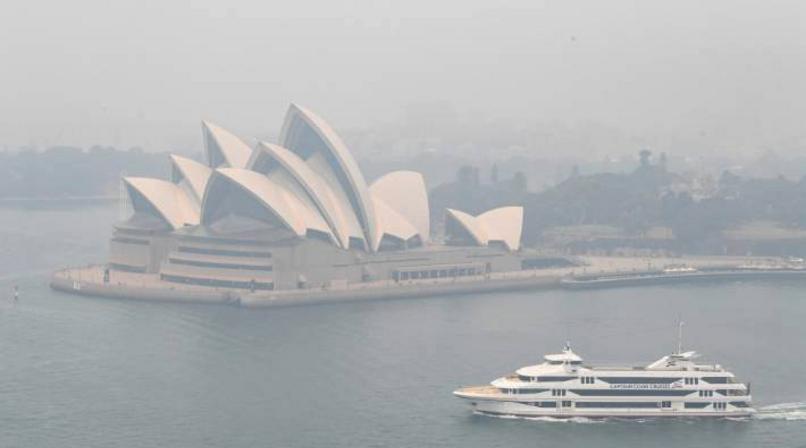 Smoke alarms are going off in Sydney office buildings and train stations as the air quality reaches record hazardous levels. The city and surrounding suburbs are shrouded in the thick smoke haze from dozens of bushfires burning across NSW. That's pushed air quality ratings beyond 2200 in Sydney's east and north-west, 11 times the hazardous level.

The smoke has made its way inside office buildings, triggering smoke alarms and forcing workers to evacuate, including those at the NSW Rural Fire Service headquarters at Olympic Park and the Sydney Morning Herald in Pyrmont.

Commuters at Wynyard Station reported the smoke alarms were going off, but trains were continuing to run. Transport for NSW advised commuters the operation of gates in and out of the station may be affected when an alarm is activated. Sporting events and Sydney Harbour ferries have also been cancelled.

The SOLAS Big Boat Challenge was called off with organisers citing safety concerns due to the poor visibility on Sydney Harbour. The event, which is a curtain-raiser for the Sydney-Hobart yacht race, is also added in the list of cancellations.

"The smoke from all the fires is just so severe here on the harbour that you just can't see anything, so it's just too dangerous," Sydney to Hobart Race media director Di Pearson told.

"The vision is just so poor."

While smoke haze has become a familiar sight in Sydney since the unprecedented fires started in November, many Sydney-siders said it was the worst they'd seen.

"I've never seen Sydney like this before," Lisa Herbertson tweeted.

Others wondered if these conditions are the "new normal".