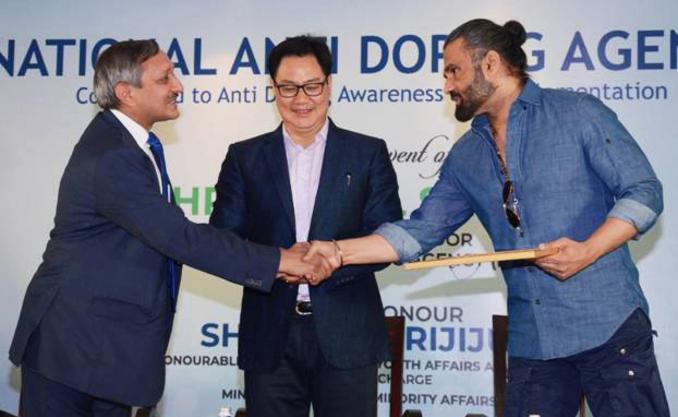 Bollywood actor Suniel Shetty was appointed as the brand ambassador for the National Anti-Doping Agency (NADA).

India’s top badminton player Jwala Gutta and boxer Vijendra Singh have expressed disappointment. They believe a sportsperson would have suited the role better.

With the Tokyo Olympics 2020 coming up soon, more than 150 athletes have failed dope tests this year though bodybuilders make up more than one-third of these offenders, something that is not a good sign.

Suniel Shetty was unveiled as the brand ambassador of NADA with the country’s anti-doping body hoping that his celebrity status will help its efforts to clean up sports in the country from the menace. “According to me, a sportsperson should be made the brand ambassador of NADA. I do not know why we get attracted to actors. It’s time that we make a sports person the ambassador for NADA. It is an important organisation for sports, so according to me a sportsperson should be the ideal choice,” PTI quoted Jwala as saying during the launch of her Academy of Excellence.

Sharing pictures from the announcement, Suniel had tweeted, “Honoured to be appointed Ambassador of National Anti Doping Agency to drive their mission of dope free sports. Look forward to contributing to the efforts of @KirenRijiju #NADA #NavinAgarwal @AdvocateDhanda in educating young athletes across India about fair play. Jai Hind.” Actors Rahul Dev, Sonu Sood and minister of state Kirren Rijiju congratulated Suniel on the development.

Beijing Olympics bronze medallist Vijender Singh also said a sportsperson could have been a good choice but was okay with Shetty getting the role. “It is a good thing. It is a sports body so a sports person like Sushil could have been the ambassador but Anna (Shetty) has been made and he is a fitness freak guy and I know him and wish him good luck.”

NADA Director General Navin Agarwal had said on Monday that Shetty’s celebrity status will give him more “clout” and “reach” than a former or a current sportsperson. “We thought that an actor of the status of Suniel Shetty will be able to send out message to shun doping, that doping is not good for themselves and for the country. We felt that celebrities will have more outreach to the masses of the country as they have a lot of following,” Agarwal said. 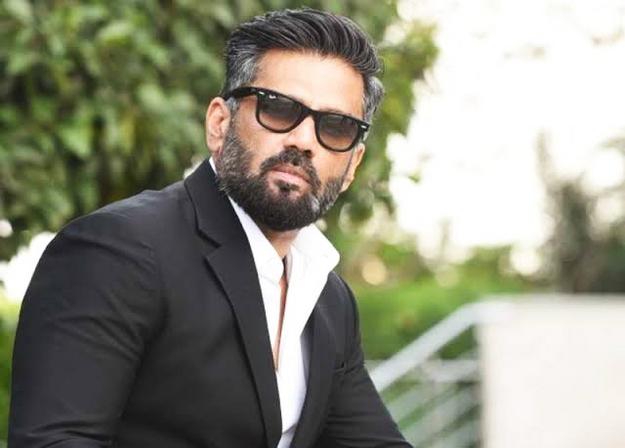