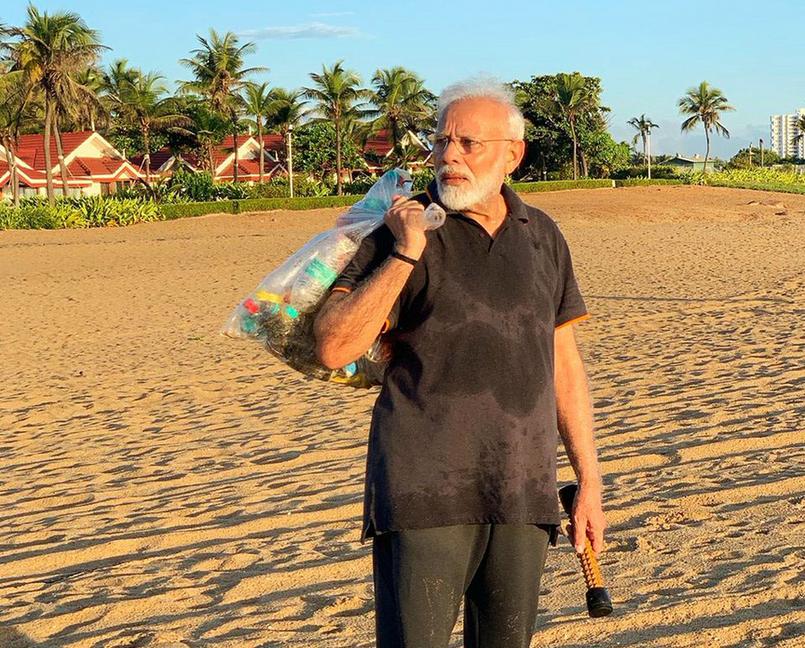 Prime Minister Narendra Modi, present for an informal summit with Chinese President Xi Jinping, was seen cleaning up a beach by picking up plastic litter and other waste during his morning walk.

On Twitter, Modi released a three-minute video, which showed him collecting the waste as he walked barefoot on the sand, and urged the people to ensure that public places are clean and tidy.

Plogging at a beach in Mamallapuramin the morning. It lasted for over 30 minutes. Also handed over the 'collection' to Jeyaraj, who is a part of the hotel staff.

Let us ensure our public places are clean and tidy! Let us also ensure we remain fit and healthy, he tweeted.

Plogging means picking up trash such as used plastic bottles while jogging or running. 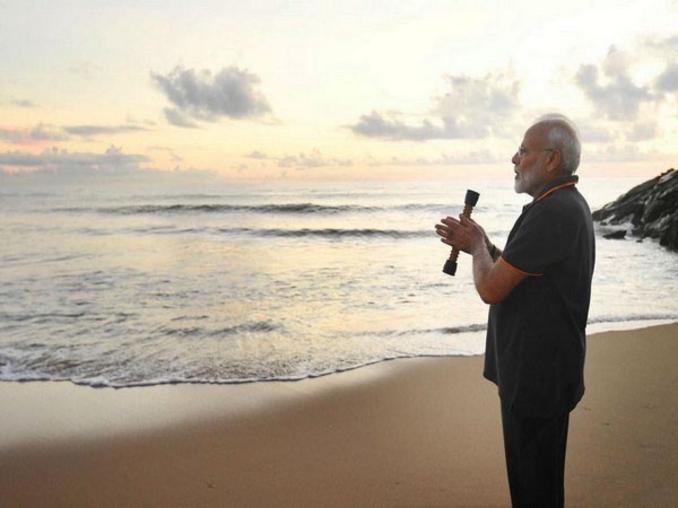 In another tweet, Modi saidRefreshing walk and exercises in Mamallapuram, along the scenic coast.

During his speech on Independence Day this year, Modi had announced a campaign to make the country free of single-use plastic.

The Swachh Bharat Abhiyan for a clean India, launched in 2014, has been his pet programme.

Tagging the PM's video, BJP president and Home Minister Amit Shah said: "A true leader leads by example. We are grateful to PM Narendra Modi ji for his untiring efforts towards cleanliness."

"Let us further his resolve for a Swachh and Samruddha Bharat," Shah said in a tweet.

In his Mann kiBaat radio programme last month, Prime Minister Modi had hailed the efforts of India's perhaps first 'plogger' RipudamanBelvi who has launched a campaign to pick up litter while jogging.

Modi had said that while plogging is in use in foreign countries, in India Belvi has promoted it to a great extent.

Earlier, Modi termed plogging as "win-win because it improves fitness and the environment".

In a tweet, he had lauded an initiative that involved a social experiment in Mumbai based on plogging to raise awareness on cleanliness.

"More power to such volunteering efforts, especially because they connect with our youth," he had said.