Nobel laureates Dr. Abhijit Banerjee, Dr. Esther Duflo and Dr. Michael Kremer received the 2019 Nobel Prize in Economics in Sweden. But what caught the attention of Indians online was the fact that the Indian-Amercian economist and his wife wore traditional Indian attire to receive the award.

In a nod to his Bengali roots, 58-year-old Banerjee donned a beige punjabi that he paired with a white gold-bordered dhoti and closed neck black vest.

On the other hand, Duflo wore a blue-green silk saree with a red blouse and had Indians rooting for her choice of outfit.

The three economists were awarded the medals at the ceremony and the prize money of nine million Swedish krona (Rs 6.7 crore) will be shared among them.

Banerjee is the second Indian after Amartya Sen to win the Nobel prize in Economics. Like Sen, Banerjee, too, is an alumnus of Presidency College, now Presidency University. 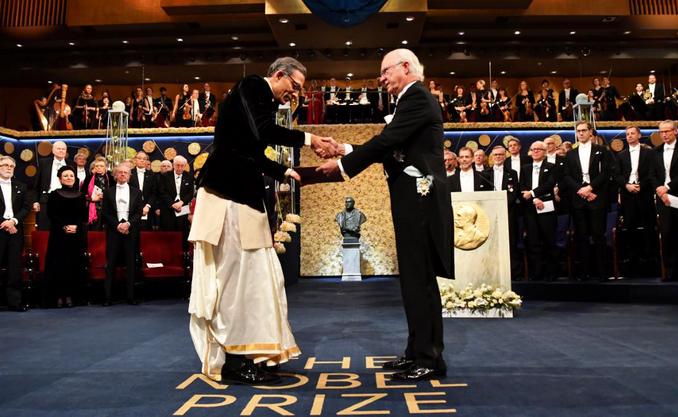 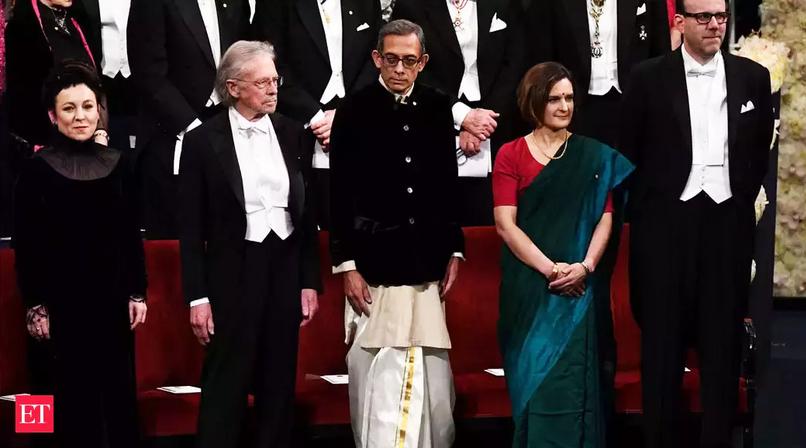 Banerjee, who was born in Mumbai, is the second Indian-origin economist after Amartya Sen to win the Nobel Prize in economics. Banerjee is also an alumnus of Kolkata's Presidency College alumni like Amartya Sen.

According to the Nobel citation, the extensive research conducted by all three Nobel Laureates will help in improving the ability to combat global poverty. It also said the experiment-based approach could help in transforming development economics.

Other economists say that the trio's effort will help in "redefining" development economics and will lead to a lot of positive results towards poverty alleviation in the future.

Days after winning the award, Abhijit Banerjee in an exclusive interview to India Today TV said strident nationalism diverts attention from pressing issues like poverty, especially in a country like India.

The trio’s research has, over the last two decades, helped obtain reliable answers about the best ways to fight global poverty. Their work has revolved around identifying “low-hanging fruits”, which are often the most effective interventions in improving outcomes in health and education for the poor.

Their work — breaking down the problem of global poverty into a number of smaller and more precise questions at individual and group level — has redefined research in development economics over the last 20 years.