According to him, one can take messages to the people including social message and brand messages to people. There is a surety that you will get fast results of what you are doing with that advertisement. It’s not like making a movie where it takes a year to make one movie and then only you will know the responses of the audience. He thinks it’s the speed of communication that excites him and keeps him going on this field.

He thinks Ogilvy and Mather has always been transforming – before him, with him and after him. It will always keep on travelling. Any company which has been around for so many years exits today only because it keeps on transforming. In the 1980s when television came in, the industry was not so ready for television, for communication that was directly going into peoples’ homes. O & M was the first one to see the opportunity and appoint me as the person who will work in the Indian space, with the Indian medium, Indian language and Indian culture. That was one major transformation. Around the same time, we were the first one to do rural advertising and then outdoor advertising. So, it is a continuous process. One can’t say that transformation was only in his/her time, it will keep on happening.

​For him leadership should be open, participative and inclusive. Leadership that encourages young thoughts, young people and at the same time it has a point of view. So the good old days are gone with the leadership meaning that I will dictate everything, assimilate from people and then I will take the decision since it is not free for all. Hence, it is not the time of I-Me-Myself. Now, you have to take your team with you at every step of functioning to motivate them and extract the best possible benefits from these young creative minds.

​​When asked about how he feels in receiving an awards he adds that for him someone wins an award for the work that he/she does. It can’t be an objective in your life. One can’t plan for awards otherwise you will be doing stuff which is meaningless to people. Someone do work which have an impact on the society or audience and if some awards have to follow, they will follow. It can’t be your sole motive of your job in the industry. And Yes, it feels great to win an award but you must always know if you do a certain job and achieve your target, the joy of that is nothing compared to winning an award for the Polio campaign when India is declared polio free. Therefore, your work must have meaning.

He commented about the changing picture of the advertising industry by saying the picture of advertising will always change. When he started in 1982, television was just about to reach the entire mass. So, those were the days of English copywriting before television became popular. It changed everything with its reach to audience. Today, digital has become the dominant platform. Now, the biggest thing he said is that when it comes to ideas, there is no now and then. Ideas were paramount in the 1940s and ideas are paramount today. The new media is a new vehicle available to you where you still have to have ideas. So, don’t think that digital media or new media is an idea; it is a new vehicle with which we can disseminate our ideas.

He told us about his most successful or influential advertising venture. He has always had the perception that these campaigns don’t change every year. You can’t pass glory. So, for certain years he has had a lot of favourite campaigns. When asked about his favourite campaign, it seemed to be a little difficult question for him to answer.

Later Mr. Sen asked him about his book pandemonium to which he said that the book is a sharing of his experience over these years – the time when he think was hindsight and where learning actually started. He never thought it was learning, it was being stored somewhere. It was way of sharing what he has been through all these year with the young people who appreciate every day around them, appreciate their neighborhood, school, office space and people. It’s not rocket-science. What he has experienced and underwent, he has shared in the book so that with it youngsters get to appreciate the everyday life since ideas are hanging all around us.

​For him there is competition in every field. One can’t just be a monopoly. Competitors help build a better dynamic environment. You appreciate their efforts and learn from their mistakes as they must be learning from yours. Competition is there to stay since there is no joy in working without a healthy game in the industry.

He has many idols and that too from various fields. He admires the qualities in people and not the stature of that person. If you talk about Cricket he is inspired by Vivian Richards, if you go to advertising, he is inspired by David Ogilvy because what he said so many years back he said is living right now. He admires human beings and trait within them. There is no incentive to praise someone holistically in me. He admires his Mother as my idol. According to him, you don’t have to follow the prescribed pattern to learn when you can find various ways of learning. Inspiration is all around us. You have to decide whom to celebrate and whom not to.

​The field of advertising and marketing is creating numerous job opportunities attracting efficient young talent. Since Ogilvy and Mathers is filled with them, he told us how he inspires them. He said that he is so happy for them that they have so much access to the information all around. But what he wants to tell them that information on a tablet or on a computer screen is available to everybody. You are not God’s gift to mankind. Step out. Meet people around you. Take some time off. No Google can tell you what a local can tell you in any place you visit. So, don’t live under the myth that since everything is available easily then there is no need to struggle. You have to have a touch and feel. Unless you have that feel, you will be someone who reads the book and goes by the book. Try to explore. Since you are gifted with a lot of early start in your life, make it richer by interacting with real people.

The future of marketing is  that the producer can never lose sight of the consumer. That’s been there for 100s of years and that will not change. If you will start with yourself, you are likely to make mistakes. So, start with the people whom you wish to influence. If you don’t know your audience how will you be able to deliver what the audience demands of! The future of advertising will be what the past of good advertising has been. You just have to know your consumer and be one step ahead of others. Try and read between the lines since consumers are not supposed to research respondents. That will make all the difference. Adverting tools will change, sides will change, platform will change but ideas and consumers will never change.

The best learning is simple for Mr. Pandey. Stop taking yourself and technology too seriously. Use technology, learn it but don’t let empower you. It is not enough that you play Cricket on your Smartphone, go out in the park and see the real ball coming at you. You will get the joy of actually hitting a ball. Learning is simple. Don’t think the robots

​and gadgets are going to solve your problem. The fun will go out.

As Mr. Sen asked him about his current projects, he said there are so many things that are going on. Like hundreds other, we are also making our contribution to Swachch Bharat campaign. Things take time; they don’t happen overnight. There are a lot of people involved in the making of various projects.

​He has Cricket and music as his hobbies other than his own job. Concluding to which when asked about his perfect Sunday he said whenever he finds a chance to speak to youngsters about the world, try to encourage and inspire them, it is a good Sunday or Monday. It becomes a perfect day.

The man behind the success of Incredible India and many more such advertising campaigns, Mr. Piyush Pandey is the ultimate advertiser who knows how to set the benchmark for the marketing industry. Herald Global and ERTC CEO Mr. Saimik sen, the prominent brand designer having the expertise in the field of brand management gets candid with him in an interview where he discussed about the changing trends in the field of marketing and his thoughts on the developments in the company Ogilvy and Mather after him. As the interview started, Mr. Saimik Sen asked him about the most interesting thing about working in the field of advertising to which he answered that the most interesting thing is that one can communicate with the people through the medium of advertisements. 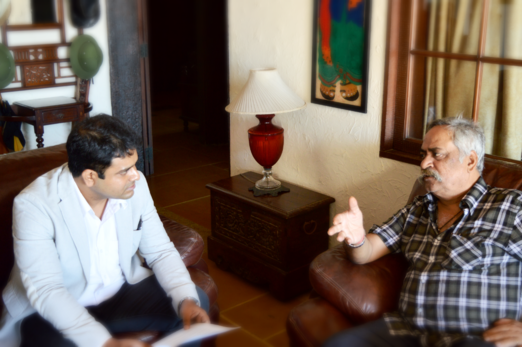 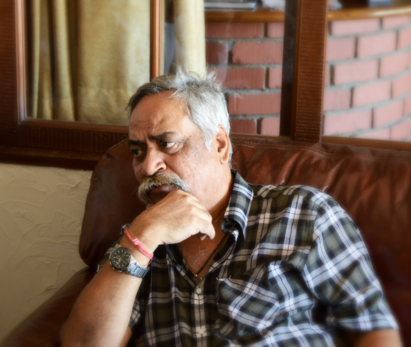