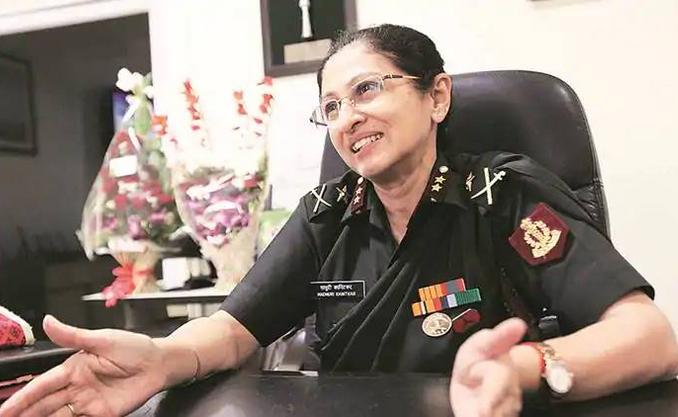 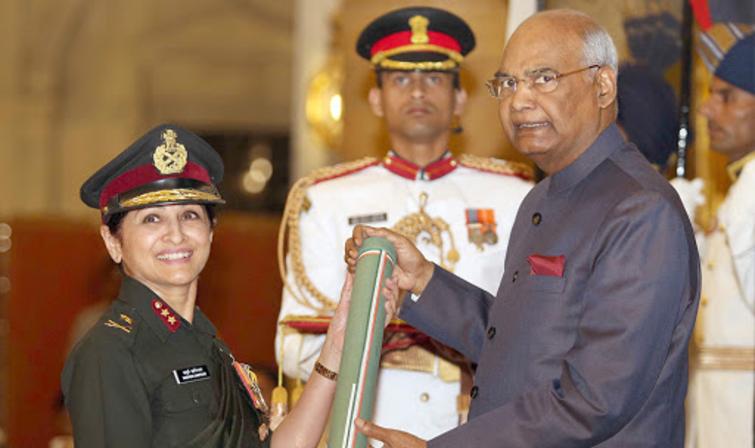 Close on the heels of the Supreme Court ruling for women officers who have been fighting for an equal footing with men in the armed forces, Major General Madhuri Kanitkar was elevated to the rank of Lieutenant-General. Lt Gen Kanitkar took charge as Deputy Chief, Integrated Defence Staff (DCIDS), Medical (under the Chief of Defence Staff) in New Delhi.

The CDS is a post that acts as a single point advisor to the government of India who is in a position to advise on matters related to all the three services —Army, Navy and Air Force, thus making India’s armed forces integrated. “This organisation is fair, transparent, respected and safe for a woman where she is given opportunities to grow. If there is one message I would like to share, it is to enjoy every day in uniform with childlike enthusiasm and challenge yourself to achieve the impossible. Never give up, just give back! To every woman in uniform, I can say ‘half the world is yours to take, but the full is yours to give’. So, always give your best,” Lt Gen Kanitkar told.

A topper at AFMC and winner of the presidential gold medal for the best outgoing student, Kanitkar completed her post-graduation in paediatrics and training in paediatric nephrology at AIIMS. Kanitkar is also a member of the Prime Minister’s scientific and technical advisory board. The first trained paediatric nephrologist of the armed forces, Kanitkar, who single-handedly set up units to monitor kidney ailments in children in Pune and Delhi, had returned to her alma mater, AFMC, as its first woman dean in 2017.

After completing more than two years as dean of AFMC in Pune, Kanitkar had last year taken the responsibility as Major General Medical, Udhampur. The Northern Command is an operational command of the Indian Army engaged in counterinsurgency and counterterrorism operations in Jammu and Kashmir.