When Honda launched the Amaze subcompact sedan, in India, back in 2013, it was targeting a segment that was rapidly changing and, in fact, had big players, in the market, already. Honda broke a few traditions too, through the Amaze, chief amongst which was a brand new diesel engine. There have been a couple of facelifts of the car, to keep it in the race; but the company had to do something drastic andit showcased the new generation of the Amaze.

The subcompact sedan has grown in size, by 5mm, though it's still under 4 metres in length (3995mm) and it's wider too, by 15mm. The petrol powered Amaze is 17 kilos lighter than its predecessor; while the diesel version is 23 kg lighter. Thanks to Honda's 'Man maximum, machine minimum' philosophy, the front and rear wheels have been increased, by an impressive 65 mm, taking the total now to 2470mm. In fact, Honda claims there's an additional 25mm of space, between the front and rear seats now. The rear shoulder room is up by 45mm; while the headroom has increased by 10mm. The boot volume is also up, thanks to the revised dimensions and the new Amaze can now hold 420 litres of cargo, an increase of 20 litres. 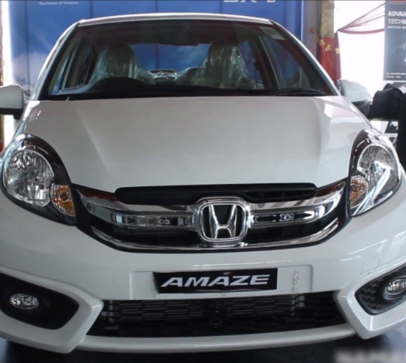 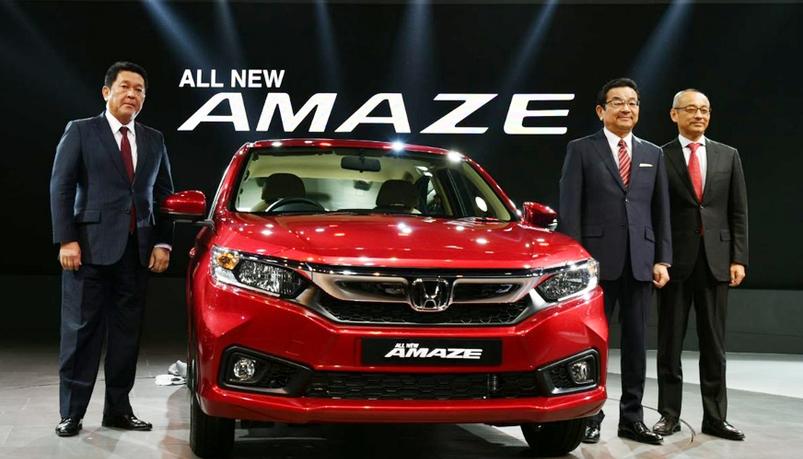 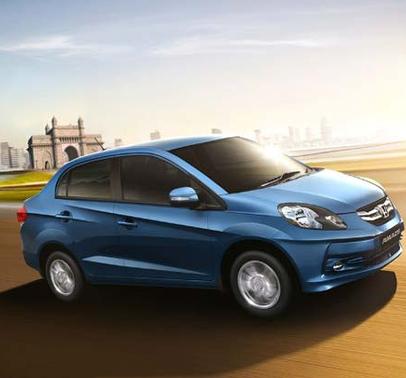 The piano black treatment, on the dashboard, looks great and the plastic quality is better than before. The cabin now receives a dual tone treatment, with beige and black being the choice and it makes the cabin look a bit more spacious. There's Apple CarPlay and Android Auto, automatic climate control too as also Navigation on the top VX variant. The steering wheel is a new unit, with revised audio controls and there's cruise control function on offer. The Amaze will be offered in four variants - E, S, V and VX and equipment levels will vary accordingly. The top of the line VX will feature a 7-inch touchscreen equipped infotainment system, dubbed the Digipad version 2. The system is a newer version of the Digipad seen on the WR-V, City and even the BR-V and this one is extremely intuitive and easy to operate.

Honda has worked on improving the capacity of the air-conditioner and it has increased the volume of the compressors from 58cc to 83cc, on the petrol, and 110cc to 120cc on the diesel, to help in cooling the cabin faster, which is also the reason for not providing any AC vent, for the rear seat.

Honda has provided a whole bunch of storage spaces, at the front and the rear, where you can store 1 litre bottles and this certainly comes in handy and shows how much the company has been listening to its customers.It's the first time that the company will be bringing a CVT, in the diesel, in India; and yes, it's a big deal, considering that the competition uses the automated manual transmission (Dzire and Tigor) or a DSG, in case of the Ameo.

he Amaze diesel automatic is underpowered, when compared to the manual, though the engine is the same 1.5-litre one. It offers 79 bhp (20 bhp less) and torque figures are down to 160Nm (40 Nm less)and that's done, to help the CVT deliver power quicker, so that there's no buffer to deal with and it works well. The power kicks in, at around 1800 rpm, and the CVT keeps feeding in the power to you, which is great on the highway and even within the city.

The CVT is surely is the better option here and the fact that it returns 23.8 kmpl makes it efficient too. The manual returns 27.4 kmpl and that's just shy of the Dzire, which shows how much the folks at Honda have worked, on the engine.

The petrol variant has the same 1.2 litre unit, which churns out 89 bhp and there's 110 Nm of torque. The clutch is light on this one and the gear changes better than the diesel version. Power delivery is smoother, with the suspension setup a little on the stiffer side.

As far as safety features are concerned, the Amaze comes with dual airbags and ABS, as standard. You also get features like rear parking sensors, in the lower variants, while the top end VX variant also gets a rear parking camera.

Honda has revised service costs, for the new Amaze. The company has said that the car will come with a 3-year, unlimited kilometres warranty, along with the option of extending it, to the fourth or fifth year of ownership, for unlimited mileage as well.

Prices for the petrol Amaze start at ₹ 5.59 lakh and go all the way up to ₹ 7.99 lakh while the diesel starts at ₹ 6.69 lakh and tops out at ₹ 8.99 lakh (all prices ex-showroom India). These of course are introductory prices, and with it Honda still hasn't managed to undercut its biggest rival, the Maruti Suzuki Dzire.