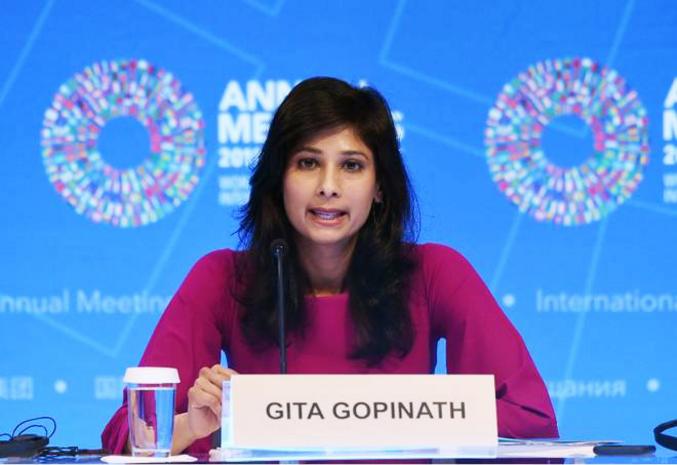 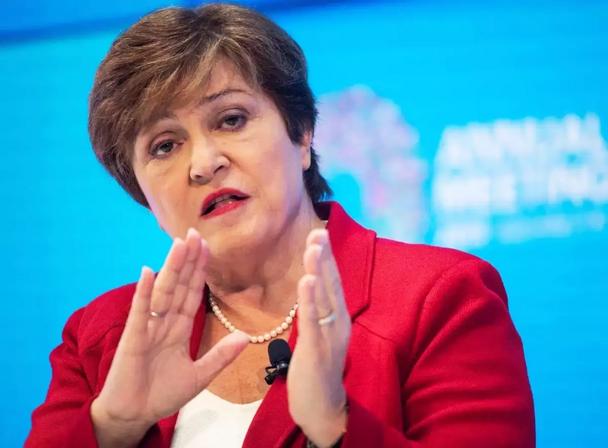 Global economy is in a synchronised slowdown: IMF

The global economy is in a “synchronised slowdown” amidst growing trade barriers and heightened geopolitical tensions, the IMF warned on October 15 as it downgraded the 2019 growth rate to 3%, the slowest pace since the global financial crisis.

“This is a serious climbdown from 3.8% in 2017, when the world was in a synchronised upswing,” Indian-American Gita Gopinath, Chief Economist of the International Monetary Fund (IMF) said in the foreword to the latest World Economic Outlook.

“With a synchronised slowdown and uncertain recovery, the global outlook remains precarious. At 3% growth, there is no room for policy mistakes and an urgent need for policymakers to cooperatively deescalate trade and geopolitical tensions,” she said.

Released ahead of the annual meeting of the IMF and World Bank, Ms. Gopinath in the World Economic Outlook said that this subdued growth is a consequence of rising trade barriers; and elevated uncertainty surrounding trade and geopolitics.

Global growth in 2020 is projected to improve modestly to 3.4%, a downward revision of 0.2% from its April projections, she said.

The growth projection for 2019 is the slowest pace since the global financial crisis in 2008.

However, unlike the synchronised slowdown, this recovery is not broad based and is precarious, she notes.

About half of this is driven by recoveries or shallower recessions in stressed emerging markets, such as Turkey, Argentina, and Iran, and the rest by recoveries in countries where growth slowed significantly in 2019 relative to 2018, such as Brazil, Mexico, India, Russia, and Saudi Arabia, the IMF chief economist said.

A notable feature of the sluggish growth in 2019 is the sharp and geographically broad-based slowdown in manufacturing and global trade, Ms. Gopinath said.

“A few factors are driving this. Higher tariffs and prolonged uncertainty surrounding trade policy have dented investment and demand for capital goods, which are heavily traded,” she said.

The automobile industry is contracting owing also to idiosyncratic shocks, such as disruptions from new emission standards in the euro area and China that have had durable effects.

Such tensions, as well as other domestic policy uncertainties, could negatively affect the projected growth pickup in emerging market economies and the euro area.

“A realisation of these risks could lead to an abrupt shift in risk sentiment and expose financial vulnerabilities built up over years of low interest rates," she said adding that low inflation in advanced economies could become entrenched and constrain monetary policy space further into the future, limiting its effectiveness.

“The risks from climate change are playing out now and will dramatically escalate in the future, if not urgently addressed,” she said.